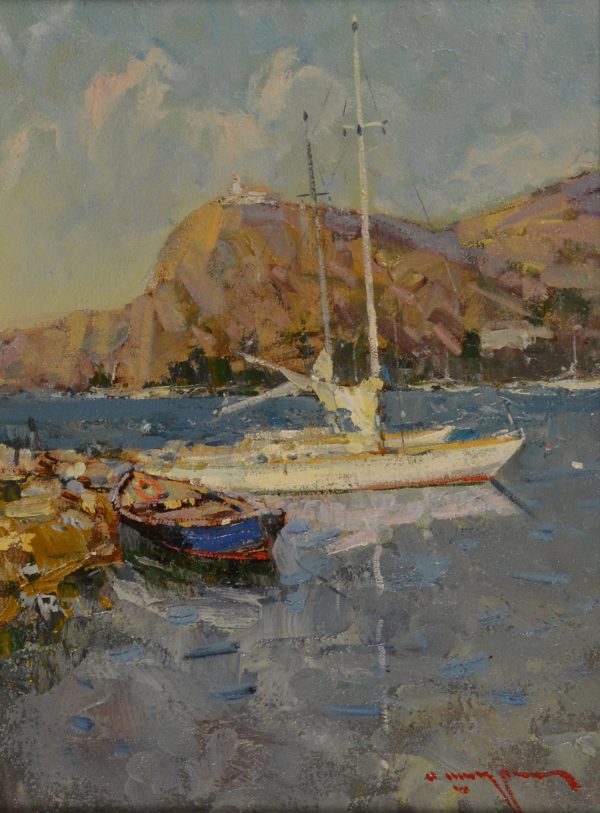 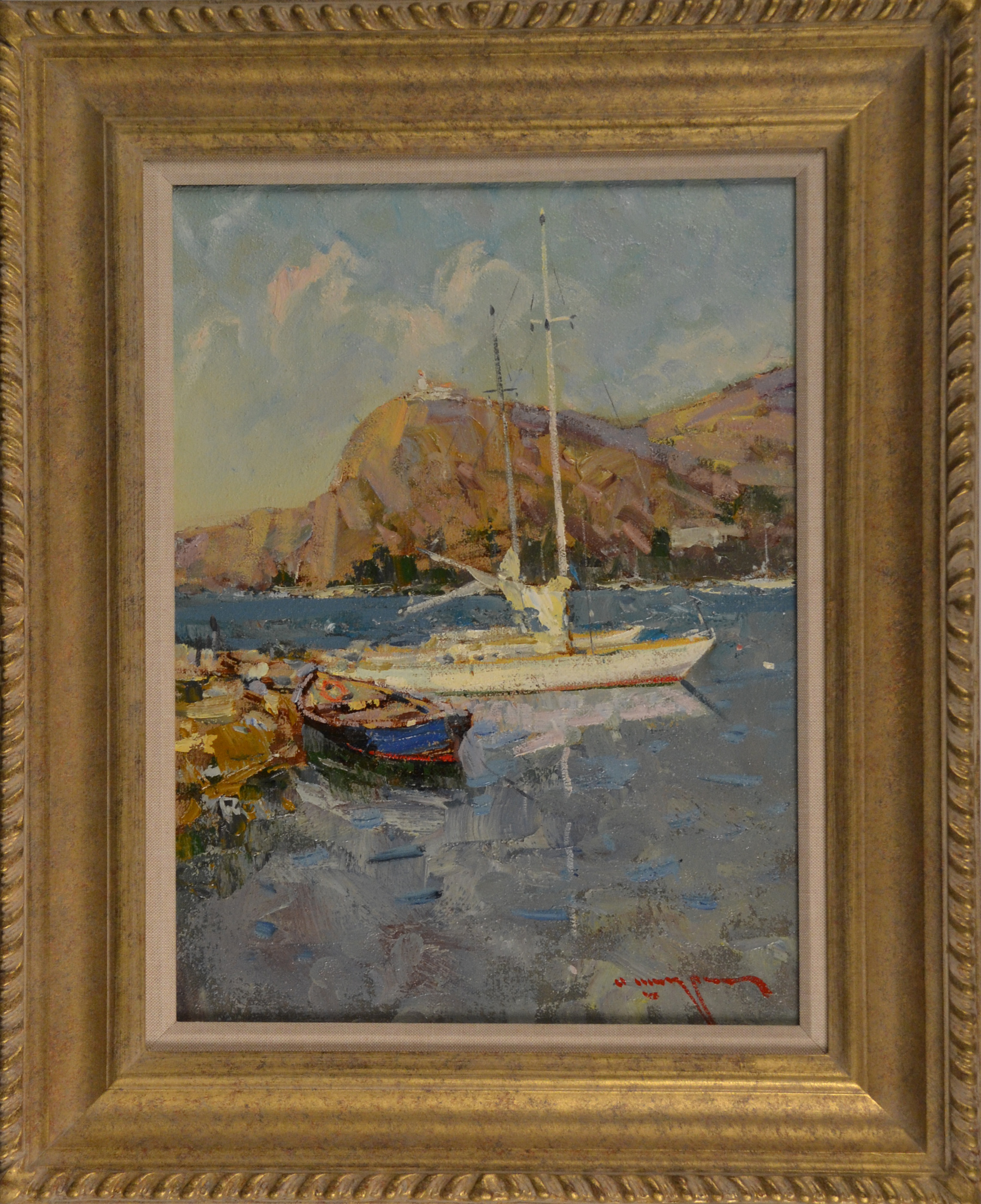 ‘Yacht in the South Bay’

Soviet Crimean painter. Honoured Artist of Crimea. Alexander Petrovich Shadrin is Soviet Crimean painter, born 1942 in the village of Karaidel in Bashkortostan, Russia. Studied in Krasnoyarsk at the Art School named after I. V. Surikov, where he received his first lessons in drawing and painting. Service in the fleet in 1961 – 1965 led the future artist to the Crimea, to the city of Sevastopol, the largest city on the Crimean Peninsula. In 1970 he graduated from Moscow Art Institute, where his teacher was the People’s Artist of Russia, Professor A.I. Kurnakov.

From 1965 to 1975, under the leadership of the renowned artist V.I. Grandi-Gaditsky, Shadrin worked on the restoration of the panorama “Defence of Sevastopol in 1854 – 1855”.

Since 1992 – a member of the National Union of Artists of Ukraine. Shadrin participated in many regional, national and international exhibitions 1969-2007. In 1992 and 2002 M.P. Kroshitsky held personal exhibitions of the artist in the Sevastopol Art Museum. Works held in seven art museums in Ukraine, as well as in private collections in Ukraine, Russia, Germany, USA, England, France, Italy and other countries. In 2003 Alexander Petrovich Shadrin was awarded the title “Honoured Artist of the Autonomous Republic of Crimea”.

Shadrin exhibited in Kiev in 2007. His catalogue frontispiece featured moored yachts at South Bay, so presumably the current work was part of that group of pictures.