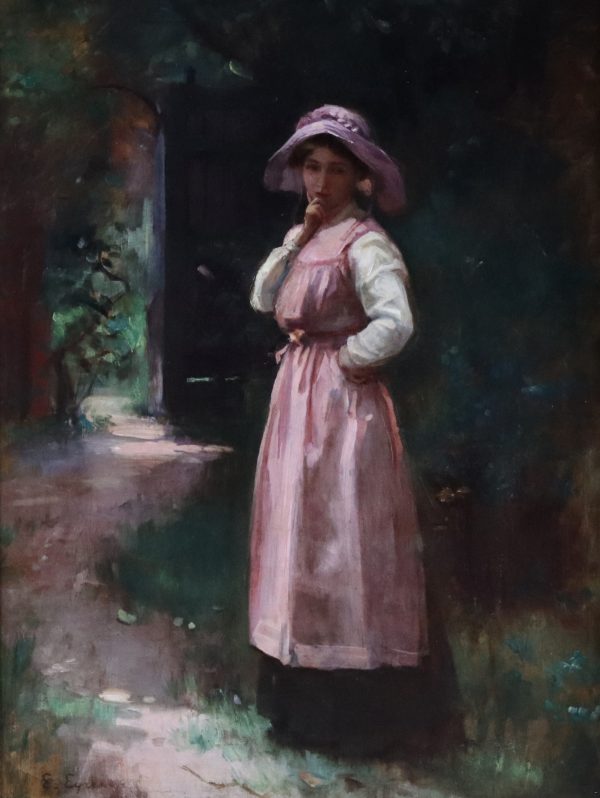 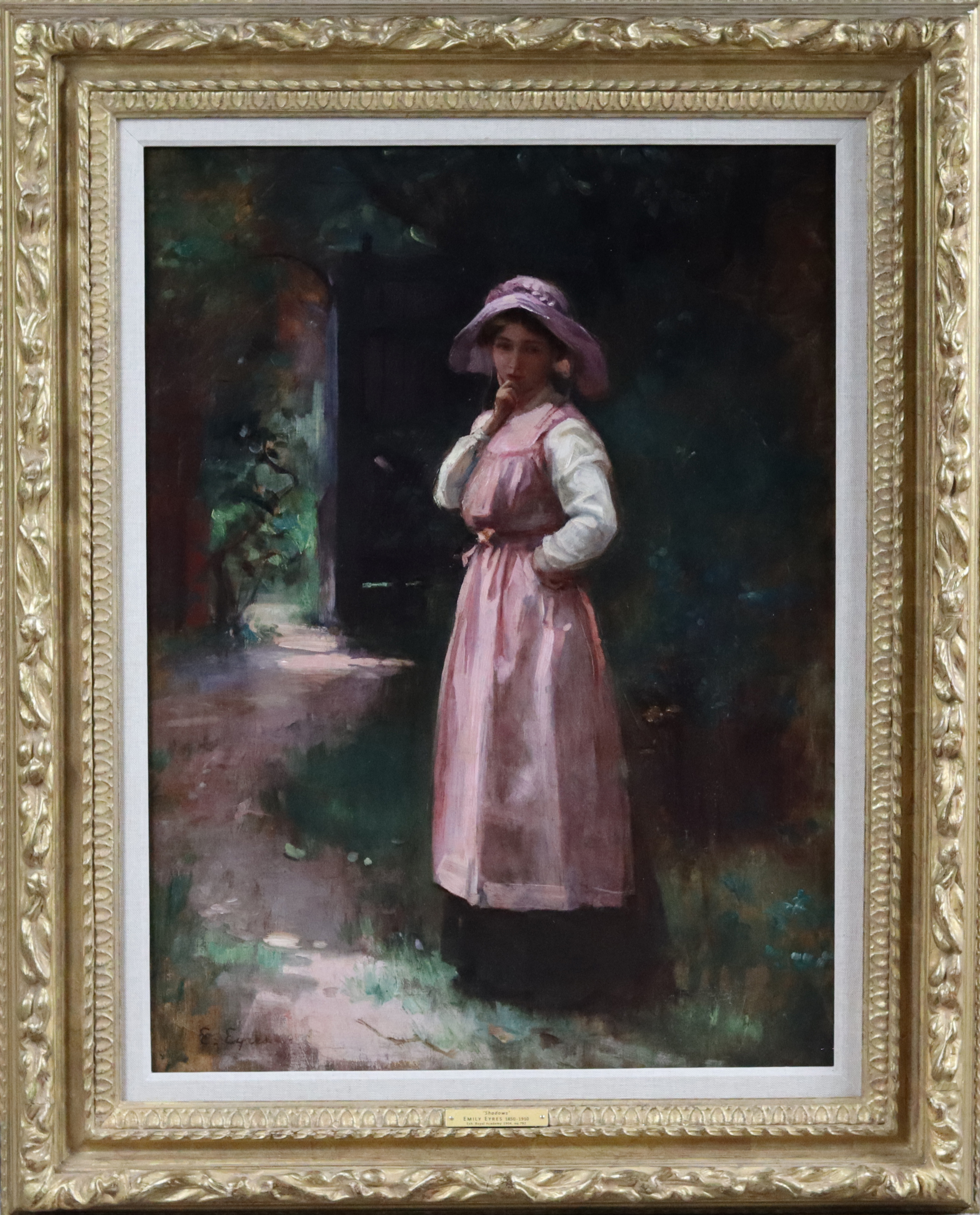 Emily Eyres was a rare British portrait and genre painter. Exhibited at the Royal Academy 1899-1904.Titles at the R.A. include ‘A Bachelor’,1899 and the present work in 1904.

Eyres is recorded as living in Walton on Thames during the period she was exhibiting at the R.A., her husband John W Eyres was a landscape artist and also exhibited at the R.A.

Exhibition records from The Walker Gallery, Liverpool mention Eyres, and a portrait by her is in the permanent collection of the Mercier Gallery, Harrogate, otherwise little is known of this talented artist.

Gallery note: Eyres later paintings were influenced by the British Impressionists and ‘Shadows’ beautifully captures this impressionism with broad brush strokes and lovely use of light and shade. ‘Shadows’ was exhibited at the Royal Academy alongside the leading British impressionists of the time, and is probably her most important work.