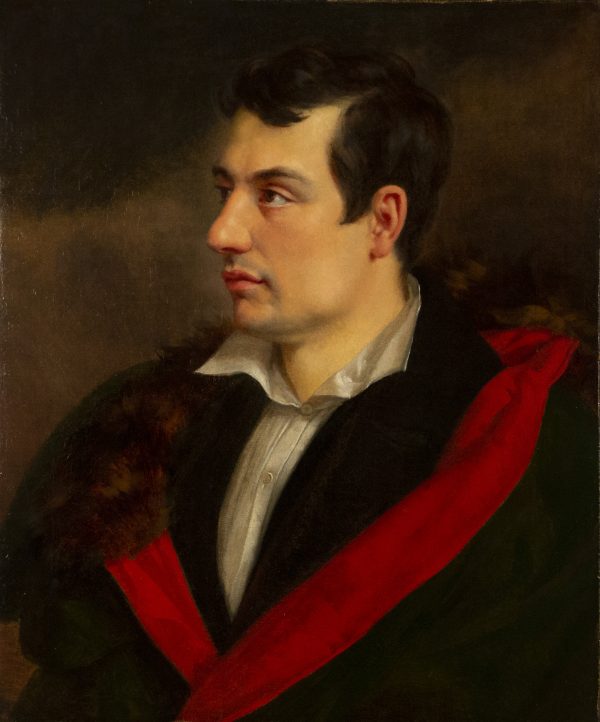 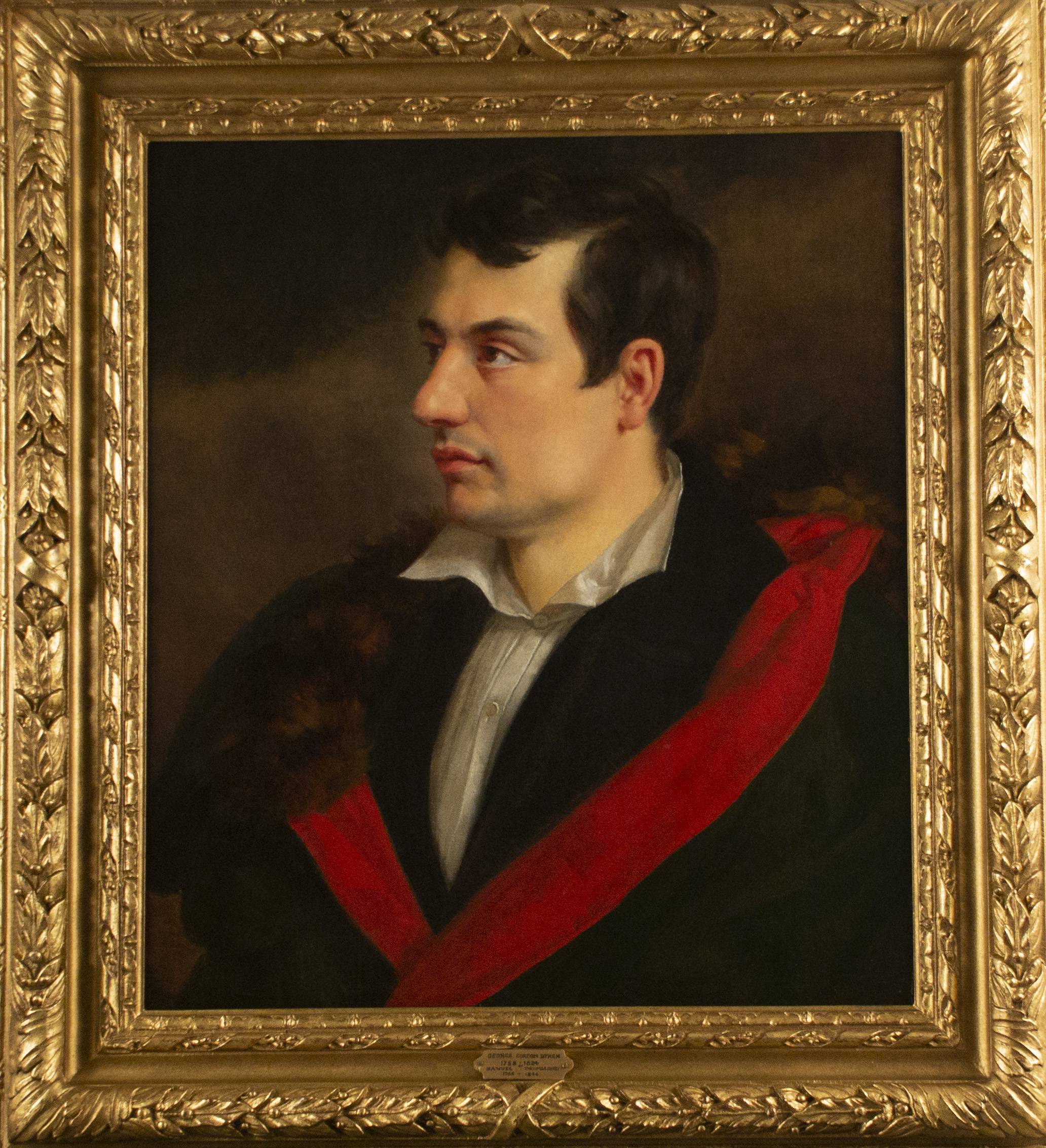 Portrait of the poet, George Gordon Byron, 6th Baron Byron, wearing a white shirt and a black coat with red lining and fur trim, in a stormy landscape. Circa 1810.

Samuel Drummond was a portrait, marine and history painter (1765-1844). He was apprenticed to the sea service when he was about thirteen, working the Baltic trade routes for six or seven years. He gave up his career on the sea to enrol in the Royal Academy schools in 1791, exhibiting over three hundred works there from that year until his death.

Drummond successfully established himself as a portrait painter. Charles Dickens, Walter Scott, Francis Place, Elizabeth Fry and Marc Isambard Brunel were among his sitters. He was elected an associate of the Royal Academy in 1808, and thereafter achieved some success in painting naval historical subjects.

George Gordon Byron, 6th Baron Byron FRS (1788 –1824), known as Lord Byron, was an English nobleman, poet, peer, politician, and leading figure in the Romantic movement. He is regarded as one of the greatest British poets and remains widely read and influential. Among his best-known works are the lengthy narrative poems Don Juan and Childe Harold’s Pilgrimage as well as the short lyric poem “She Walks in Beauty”.

He travelled extensively across Europe, especially in Italy, where he lived for seven years in the cities of Venice, Ravenna and Pisa. During his stay in Italy he frequently visited his friend and fellow poet Percy Bysshe Shelley. Later in life Byron joined the Greek War of Independence fighting the Ottoman Empire, for which Greeks revere him as a national hero. He died in Greece in 1824 at the age of 36 from a fever contracted in Missolonghi.

Gallery Note: The present portrait has been restored to museum standard by Thomas Fine Art after careful cleaning to remove excessive overpaint and alterations from earlier restorations on the portrait as consigned to Christie’s.