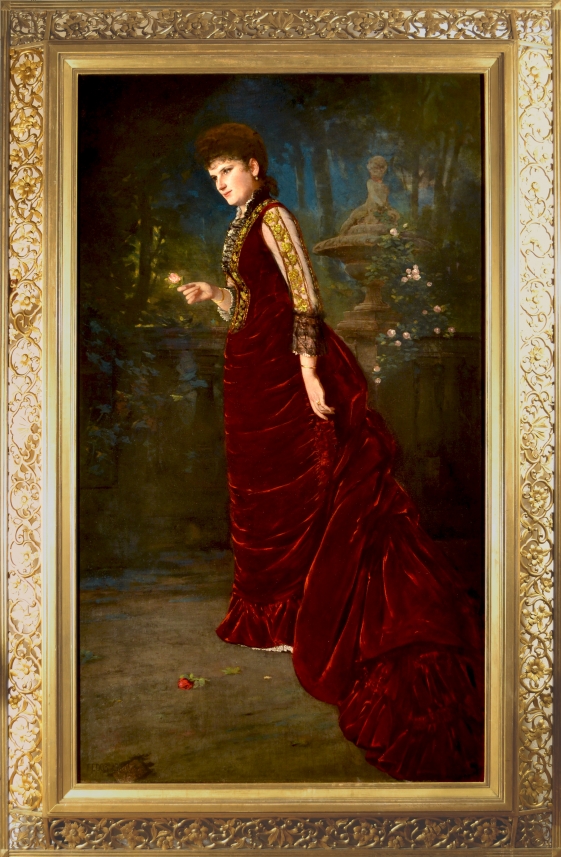 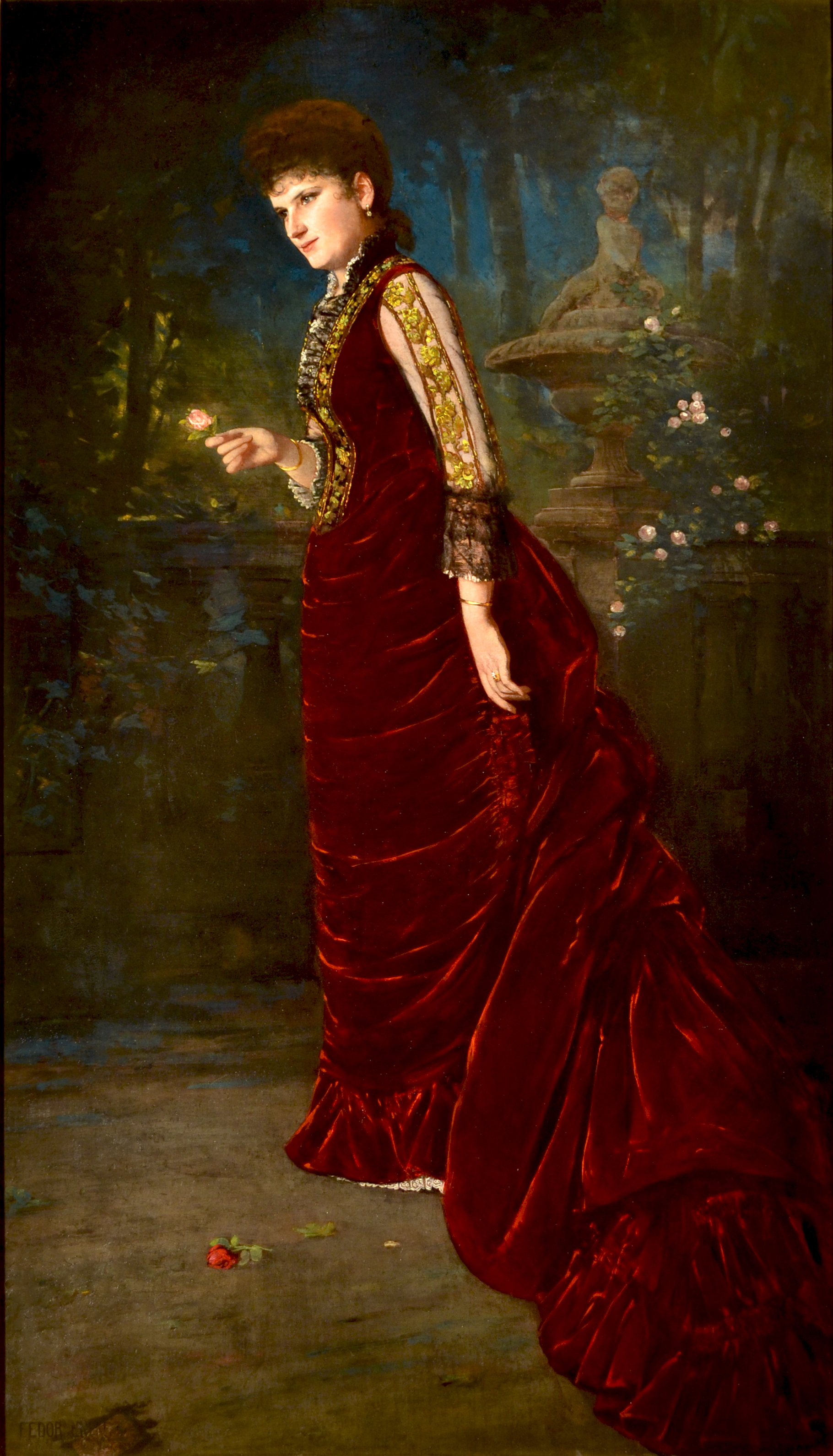 Fedor Encke was born in Berlin, Germany in 1851. Younger brother of Erdmann Encke who was a sculptor, Encke was the illegitimate grandson of King Frederick Wilhelm II of Prussia and Mistress Wilhelmine Encke, Countess of Lichtenau.

Fedor studied under Karl Gussow in Berlin and then went on to study in Rome and Paris.

Although he set up a studio in Berlin during the 1880’s, he seems to have travelled regularly between Paris and New York painting many American Society sitters, including President Theodore Roosevelt.

Encke’s portrait of Roosevelt dressed in Rough Rider uniform, originally hung in the dining room of the White House and is now at the Presidents place of birth, Segamore Hill, New York.This portrait was also published as the frontispiece of ‘The Rough Riders’ by C. Scribners&Sons, 1899.

Encke was in Paris in 1902 and painted the two banking giants, John H. Harjes and J.P. Morgan both having their portraits painted at the same time.

To try and finish Morgan’s painting Encke hired a young photographer named Edward Steichen to take Morgan’s picture as a kind of aid memoir to minimize the sitting time. This photograph and the painting that resulted from it caused a considerable stir because of the uncompromising pose of Morgan.The portrait became synonymous with the new capitalism.

Encke seems to have been very well connected socially and painted for many members of the European nobility as a result. Encke died in 1926.

This painting has a particular fine pierced carved wood frame, almost certainly made in Italy around 1900. It would appear that this painting was started in Paris and completed in the USA.