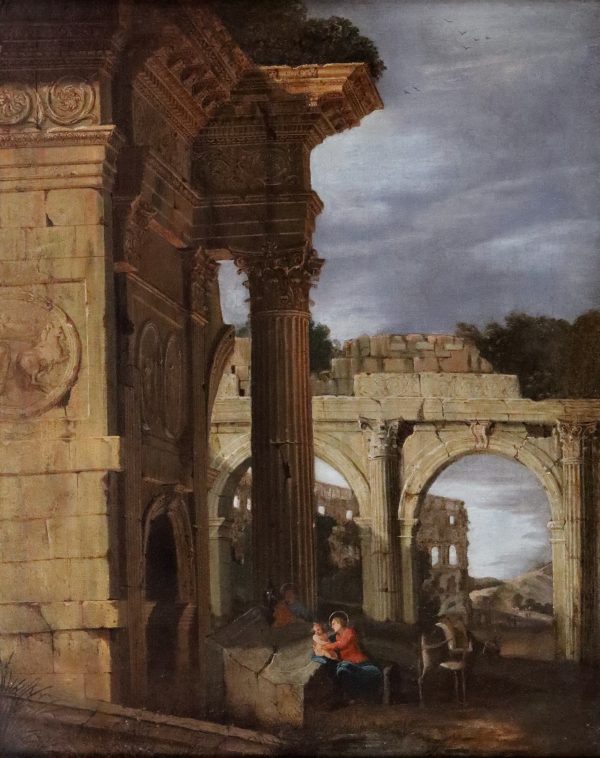 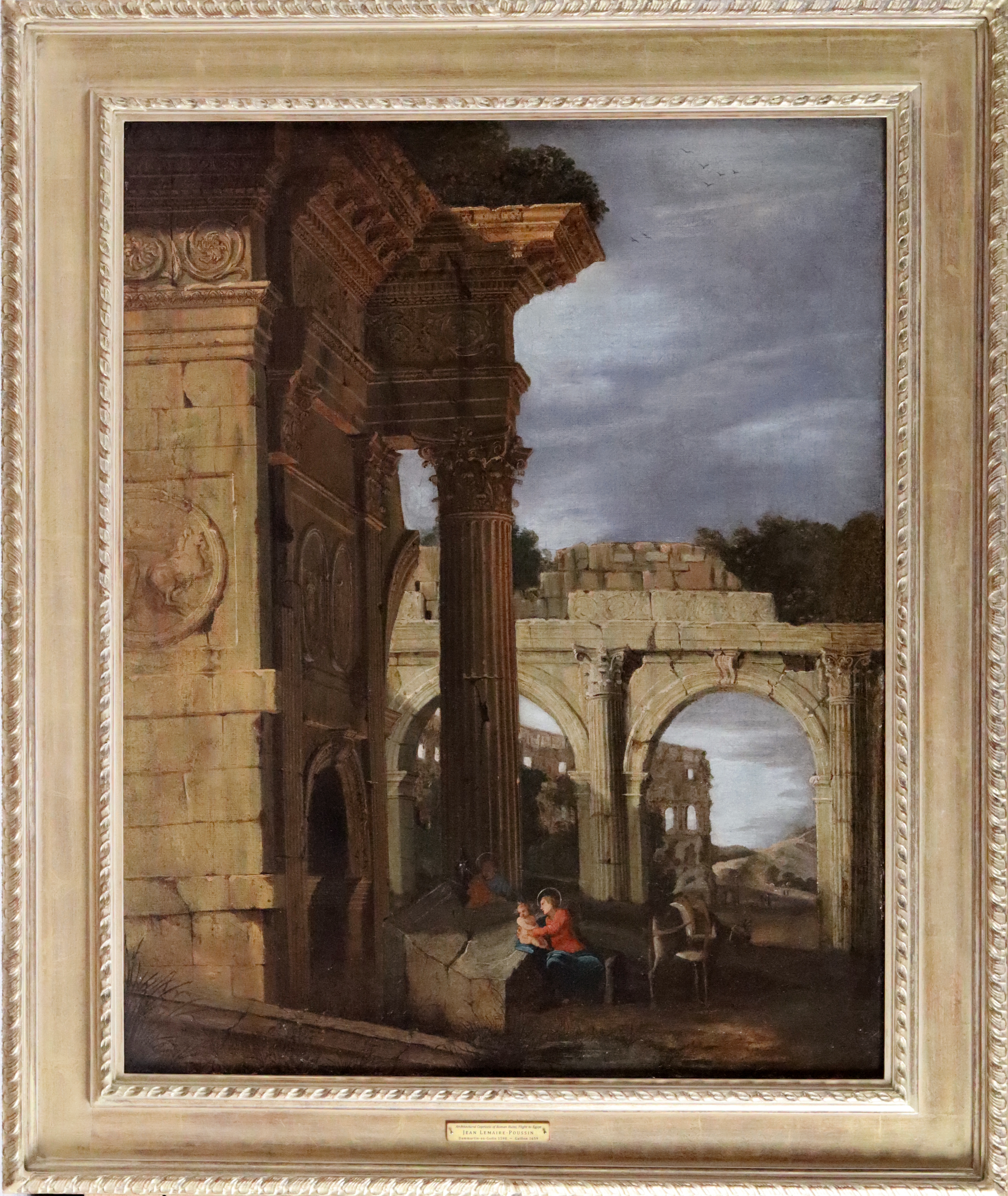 An Architectural Capriccio of Roman Ruins

Jean Lemaire was a French painter, also known as Lemaire-Poussin, due to his frequent close collaborations with Nicolas Poussin. He specialised in landscapes and classical architectural scenes, populated with mythological figures in classical dress.

He studied under Claude Vignon before moving to Rome, where there is evidence for his presence dated to 1613. It was there he entered the innermost circle of Poussin, who arrived in Rome in 1624. Around 1636 Lemaire took part in the decorative scheme commissioned by Philip IV of Spain for his Buen Retiro palace – Lemaire proposed a scholarly architectural classical landscape.

Lemaire returned to Paris in 1639 and re-allied with Poussin in 1640, becoming his friend and collaborator, and was the main assistant in the decorative scheme in the Grande Galerie of the Louvre.

Lemaire eventually developed certain classical types of landscape with architectural features, of a kind that may have come to him from Codazzi. He travelled to Italy again in 1642 before settling back in France for good. He was made guardian of the king’s paintings at the Louvre and the Tuileries, at the suggestion of François Sublet de Noyers.