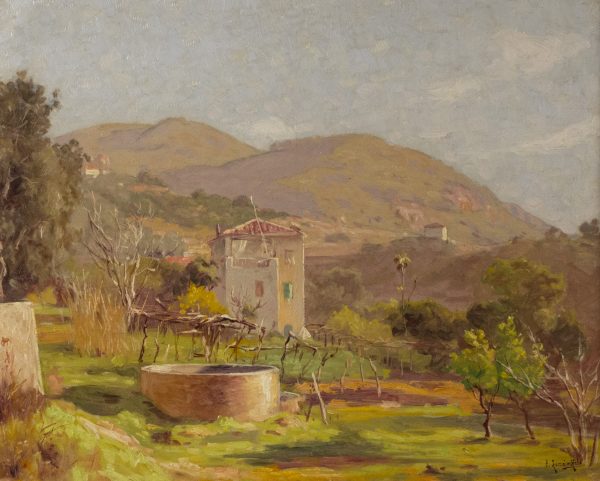 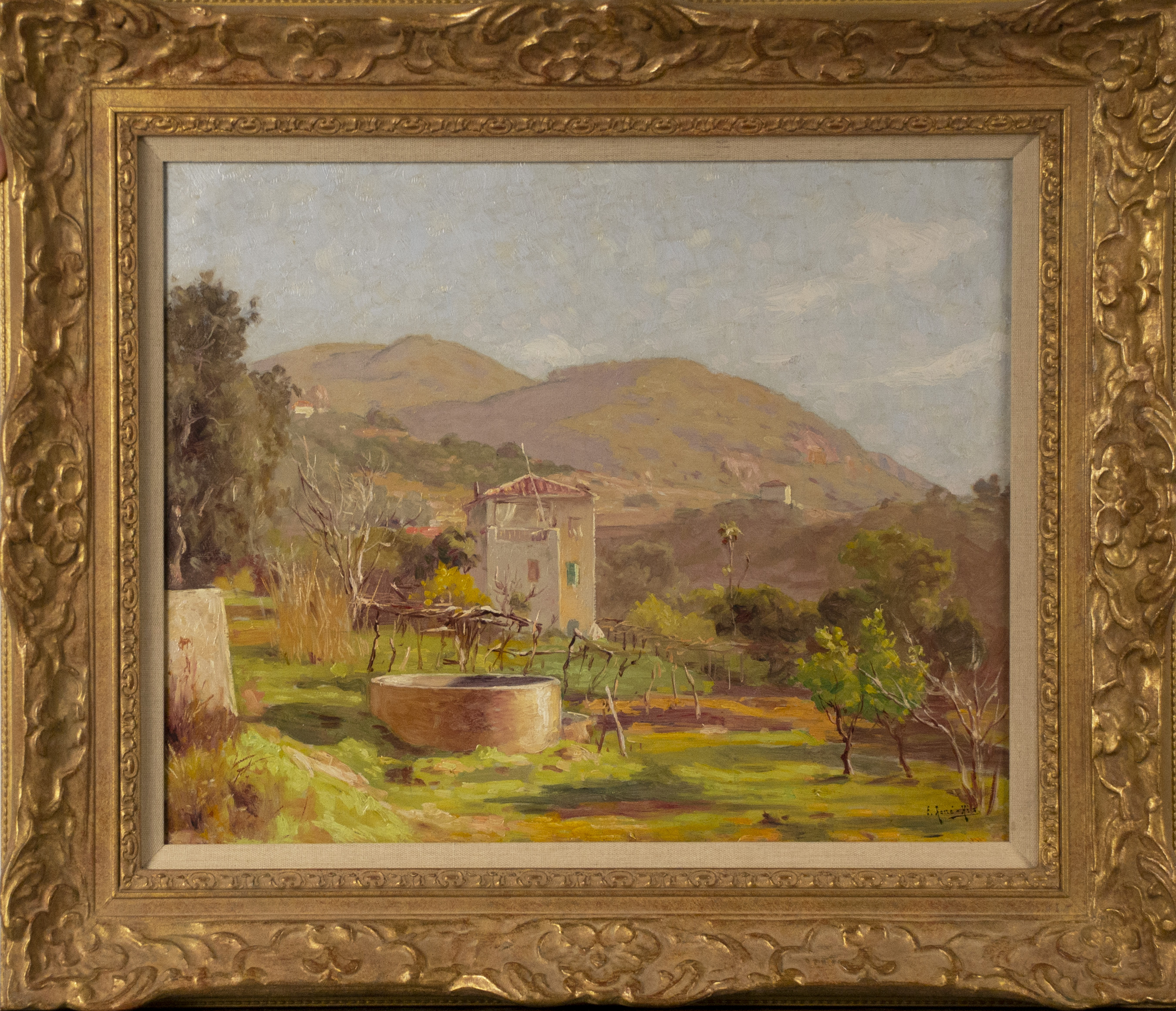 Rene Charles Edmond His (Rene-His) was born in the small town of Colombes, France in 1877. Although little is recorded about his life, it is known that he was taught by the distinguished teachers; Jules Lefebvre, Tony Robert-Fleury and Leon Tanzi. However, the most important influence on his work appears to have been the well-known artist Henri Biva whose meticulous style and feeling for nature inspired him to strive for perfection in his depiction of woodland and river banks.

He became a member of La Societe des Artistes Francais in 1897 and received a commendation, followed by a bronze medal, in 1900. L’Exposition Universelle also honoured him in the same year.

He rarely ventured far afield and became something of a recluse. However, he did travel to the coastal regions of Provence and to Algeria. Examples of his work during this period, and the present fine examples of views near Villefranche are comparatively rare.

Rene His’ works were successfully sold, for many years in France, through the Leon Gerard Gallery. Collectors and critics alike across the Channel were captivated by his outstanding treatment of the interaction of light on water and demand grew for his paintings in Britain.