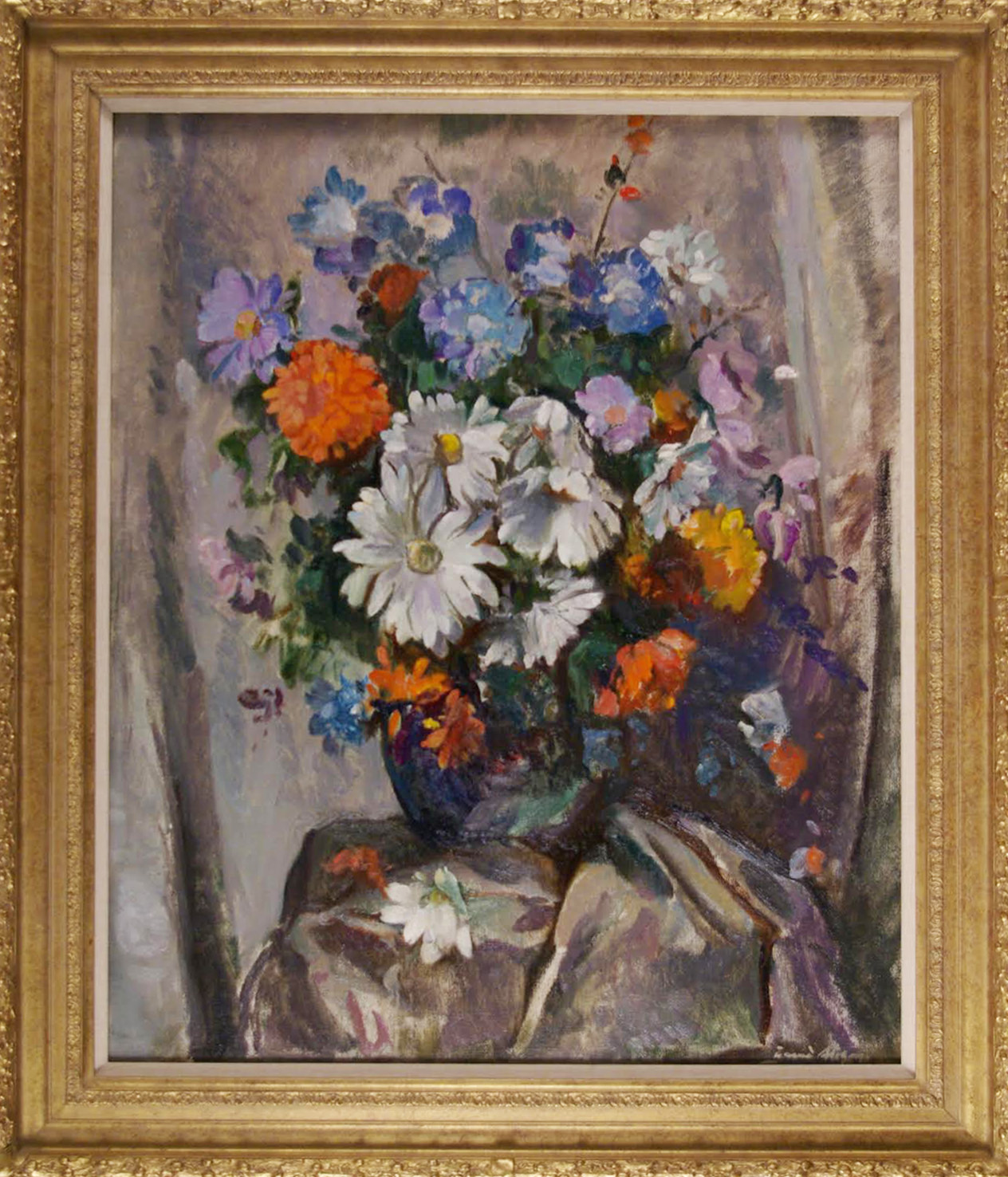 David Alison was a leading Scottish artist of portraits, interiors and still life, who studied at the Glasgow School of Art and became friends with his Scottish contemporary, Francis Cadell, who introduced him to the other major Scottish colourist, Samuel J. Peploe.

Alison was a founder member of the Society of Eight, formed in 1912, a group predominately of Scottish Artists whose founder members included Patrick Adam, James Paterson, James Cadenhead, John Lavery, and Scottish Colourists, Peploe and Cadell. The year that the Society ceased to be active is not certain but they did hold an exhibition in 1938, but it is probable that World War II ended their activities.

The influence of the colourists is clearly seen in his work, and exhibited over forty works at the Royal Academy, twice that many at the Royal Scottish Academy, and obtained the silver medal at the Paris Salon.