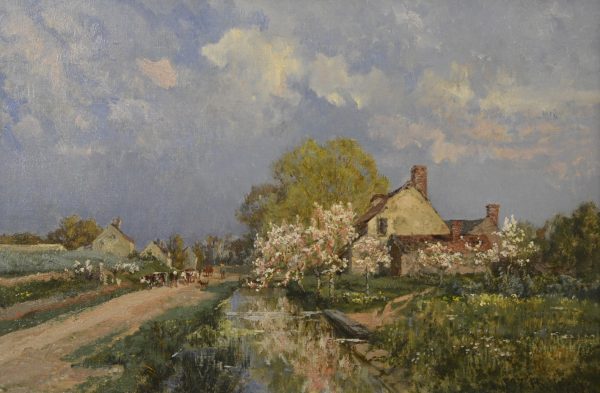 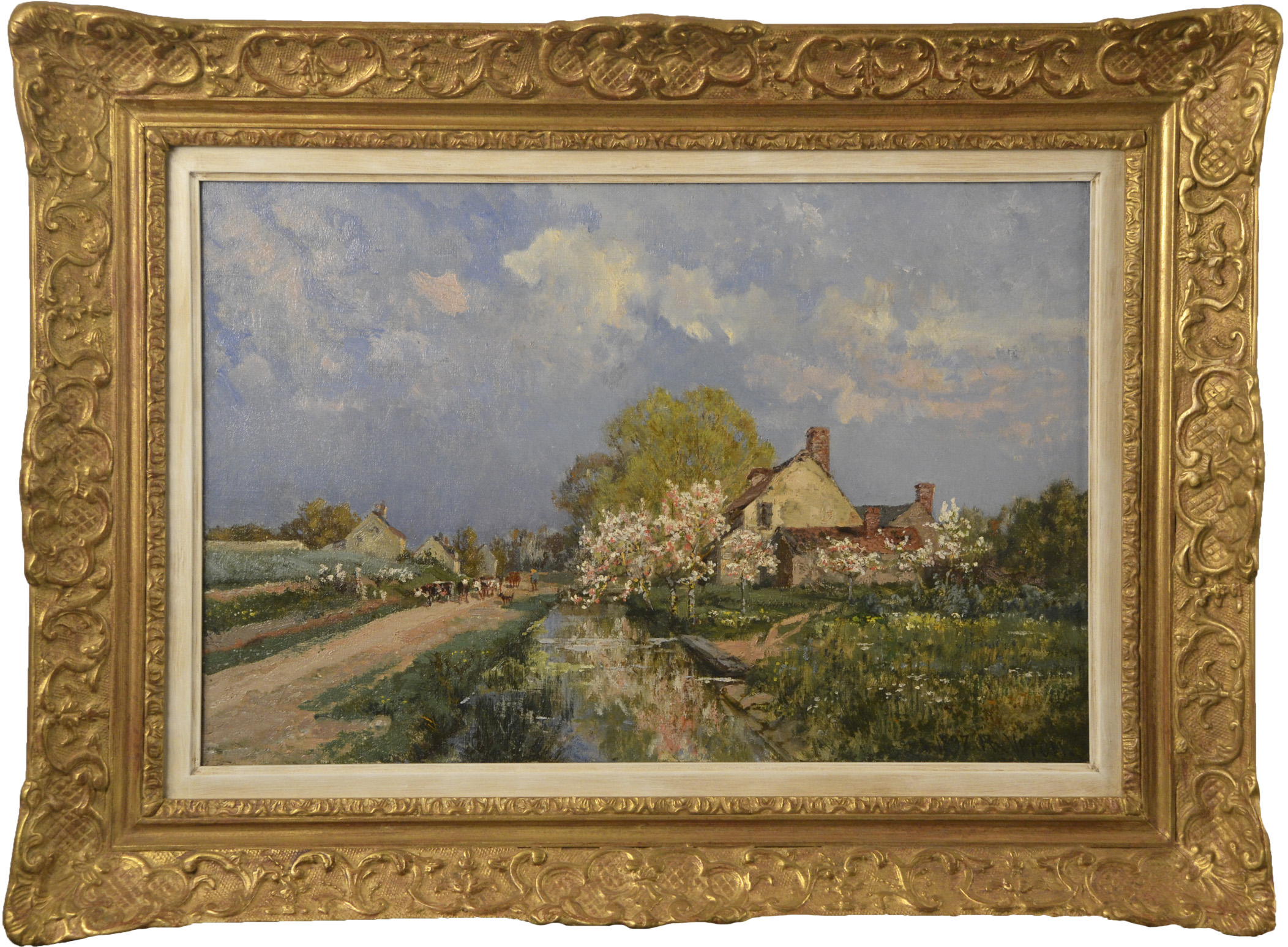 Spring Landscape with Village near a Canal

Alexandre René Veron was born in Montbazon in 1826,and began painting seriously at age 18 and was a student of Delaroche.

He entered an impressive work from the Forest of Fontainebleau in the Salon of 1848, the year most notable for the advances made by the French Barbizon School Painters. This successful work inspired many others that followed, which feature pastoral sunsets in the forest reflected in pools of water. In the 1863 Salon, one of these led to a series of purchases by the French State.

Thereafter, he exhibited regularly in the Salon and began to be collected both by patrons and regional museums such as Lyon, Le Mans, Nantes, Périgueux and Saint-Lô.

Although Veron was a student of Paul Delaroche, his brushwork and poetic interpretation of nature most resembles that of Daubigny. Théodore Rousseau and Jules Dupré were also great influences on his work as seen in many of his pastoral scenes of cows grazing under the trees. The best of these works captures those last moments of twilight when all is silent and still. There may even be a small pond awash in the subtle glow of sunset – much like the greatest of the Rousseau’s found in the Louvre and other museums.

Veron spent his time between the forest of Fontainebleau and Auvers-sur-Oise. His canvases are characterised by the subtle use of light and shadow.He died in Paris in 1897.