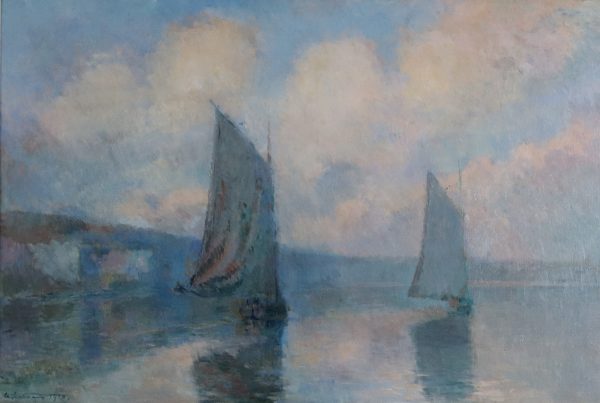 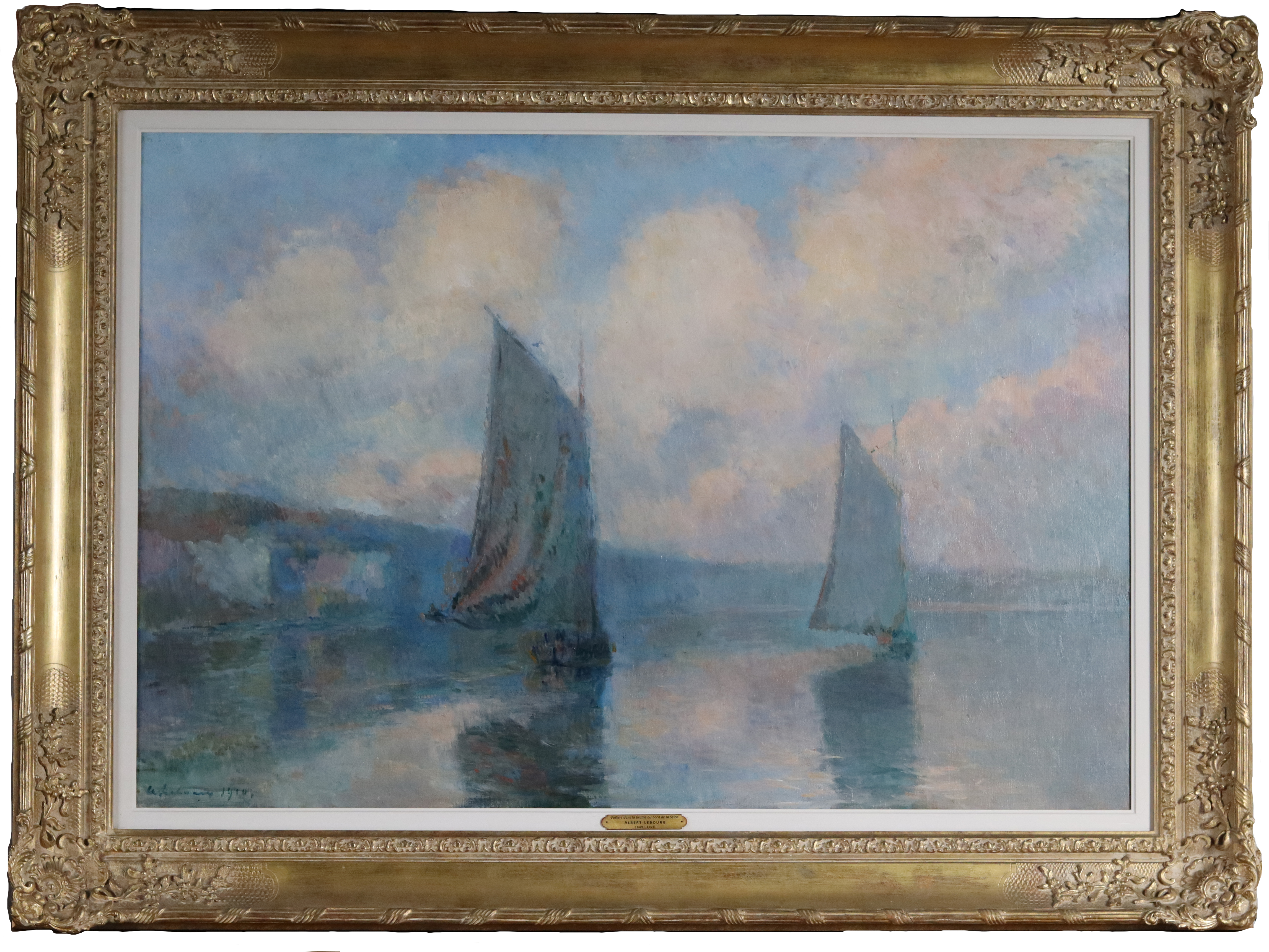 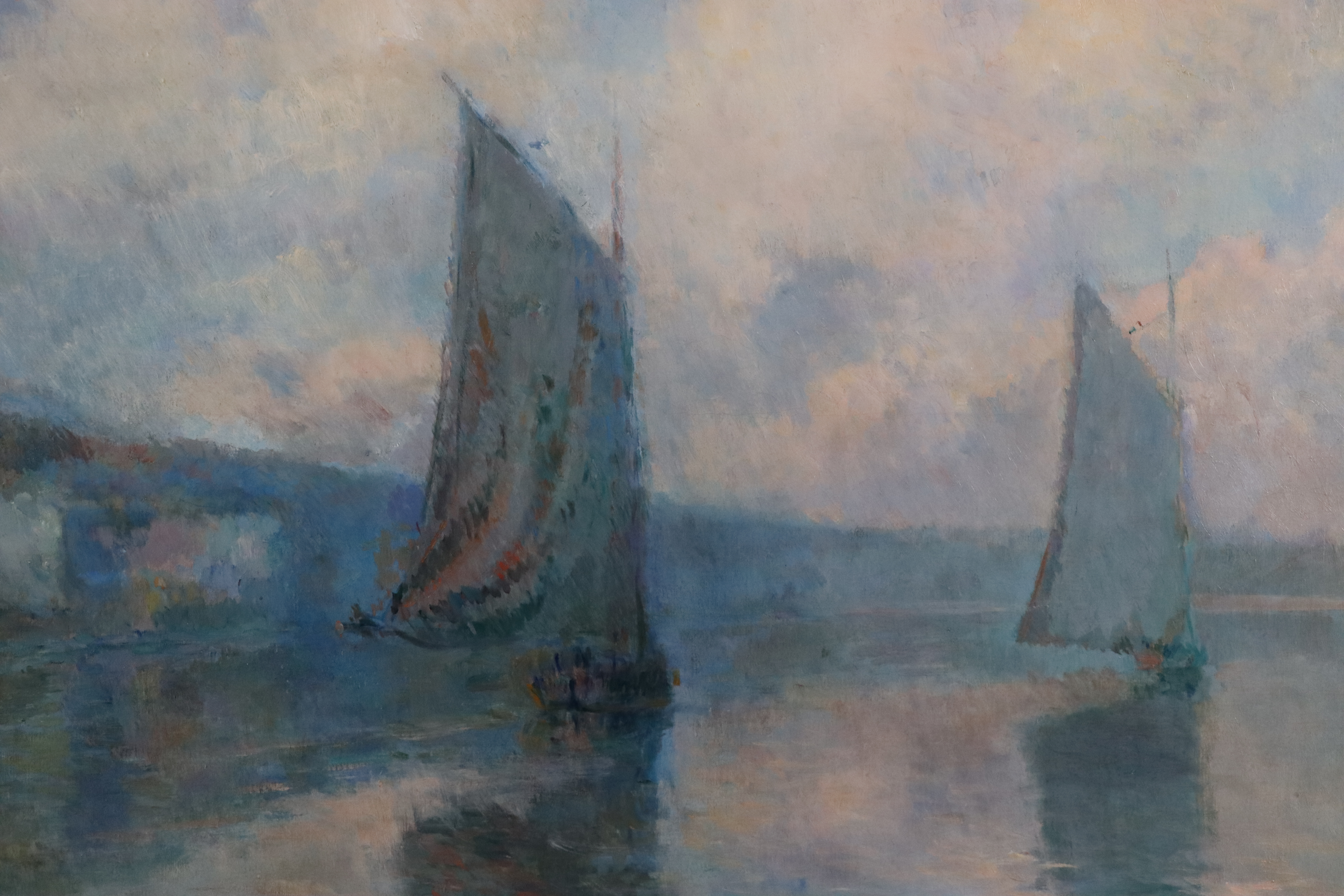 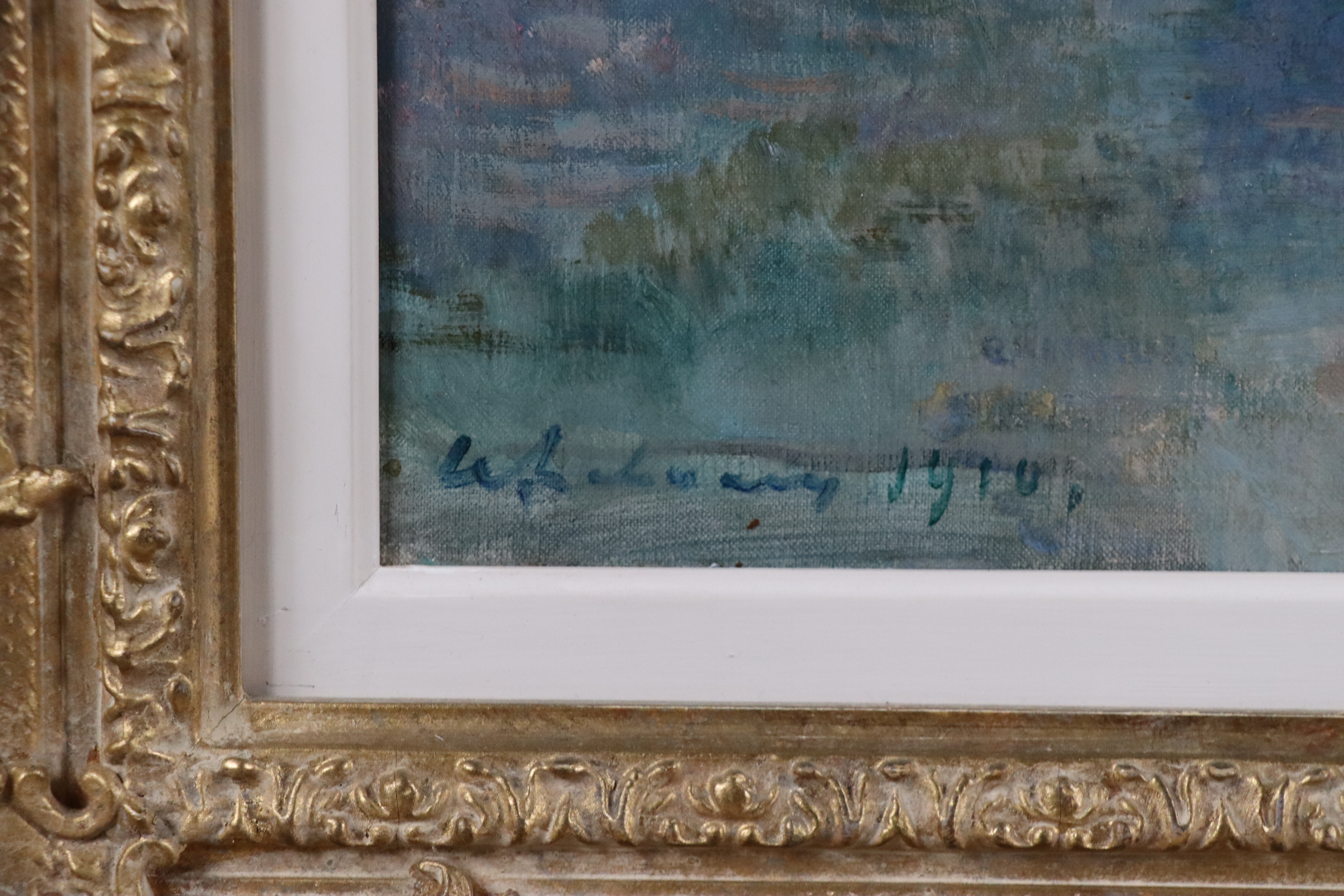 Sailing Boats in Mist on the Seine

Albert Lebourg was born 1849 at Montfort-sur- Risle. He first studied architecture and through his teacher M. Drouin, he met Victor Delamarre a local landscape artist who introduced Lebourg to painting. He attended M. Morin’s evening classes at Rouen’s School of art and design and continued to paint and draw while still working in an architects’ practice. In 1872 one of his paintings exhibited in Rouen attracted the attention of the collector Laperlier, who found Lebourg a position as an art
teacher in Algeria. In 1877 he returned to Paris and studied under Jean-Paul Laurens for two years. His friend Dr Paulin encouraged him to explore the Auvergne in 1885-1886. From then until the mid- 1890’s he moved around the Ile de France, Normandy and the Channel ports. His balcony views of Rouen date from 1893.

Due to his wife’s death in 1894 he stopped travelling, but in 1895 he set off for the Netherlands. A brief visit to England focused on museums and an enhanced appreciation of Turner, Constable and Gainsborough. After a few months in Normandy he set off to Switzerland in1902. In 1904 he was working in La Bouille, then off to Agen, Bordeaux and La Rochelle in 1905. In Paris during 1905 to 1906 he painted a set of drawings of the Passerelle de I’ Institut.

In 1910 he painted several views of the Cathedral at Amiens, and then travelled to Belgium for more museums and sightseeing of Bruges, Ghent and De Panne. After World War I, he completed his paintings of the Lake at Chalou-Moulineux and Notre Dame de Paris for the Societe Nationale des Beaux-Arts. In 1894 Lebourg became an associate member of the Societe Nationale des Beaux-Arts. In 1903 he was made Chevalier of the Legion d’Honneur. He took part in Impressionists group
exhibitions in 1879 and 1880, at the Salon des Artistes Francais in 1883 and 1886. He had solo exhibitions in Paris between 1896 and 1903 and regularly participated in the Salons de la Societe Nationale from1891 to 1914. 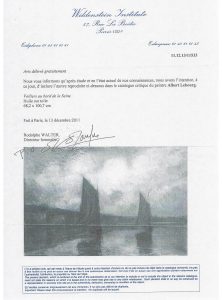