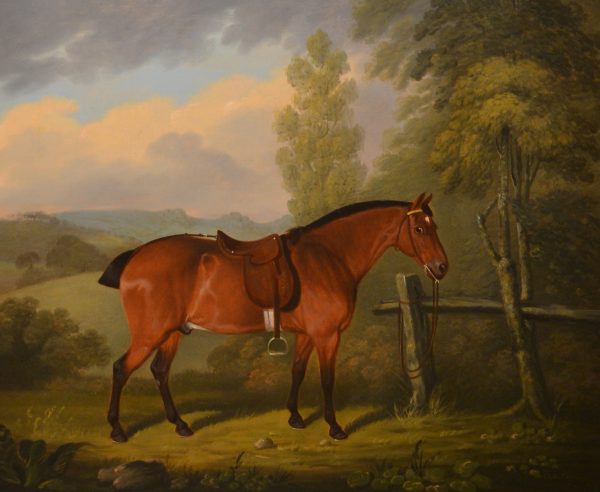 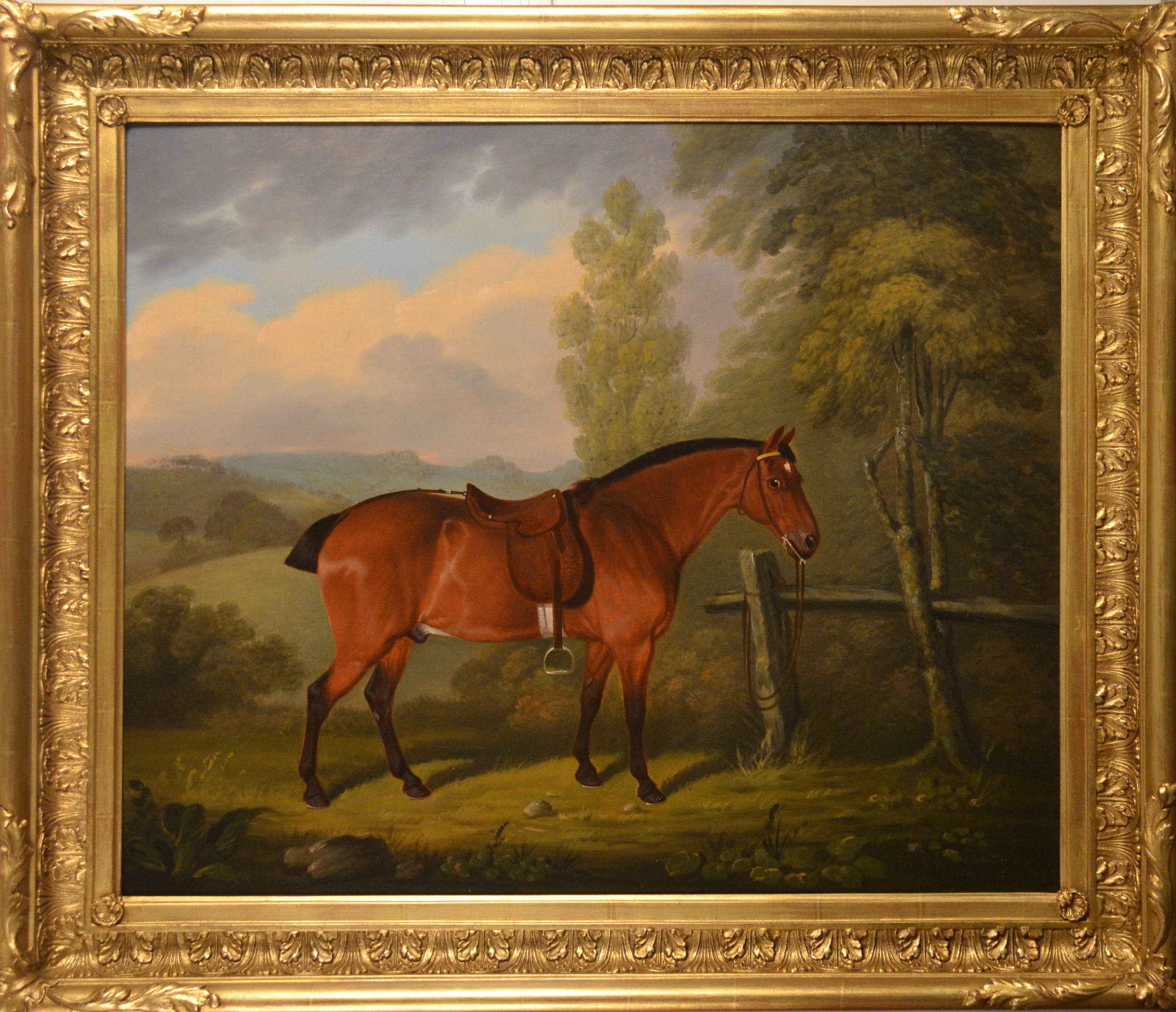 Clifton Thomson was born in Nottingham in 1775, and specialised in sporting art, horses and dogs.Whilst the details of his early training are obscure, it is clear that by his early 20’s he was enjoying an exalted level of patronage. In 1801 he was painting a portrait of “Orville” for Earl FitzWilliam, and the first engravings after his work began to be published in the “Sporting Magazine”. Advertisements for his work appear occasionally in the Nottingham journals in the first two decades of the new century: in 1806 he advertised an “Exhibition of Horse Paintings” at his house in the prosperous Park Street where he lived.

Tomson was clearly itinerant throughout this period, and he is noted as travelling as far afield as North Yorkshire, the Midlands and, occasionally, the West Country. Almost invariably his paintings are inscribed “Nottingham”, even where it is clear that they were not painted in that city. Literature: Group-Captain Gerald Pendred, A Monograph on the life of Clifton Thomson 1775-1831, a Nottingham animal and sporting artist. Published privately by the author, Skopwick, September 1978 in an edition of 500.