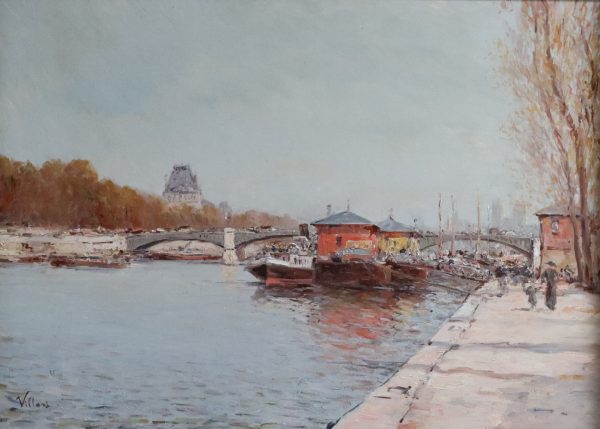 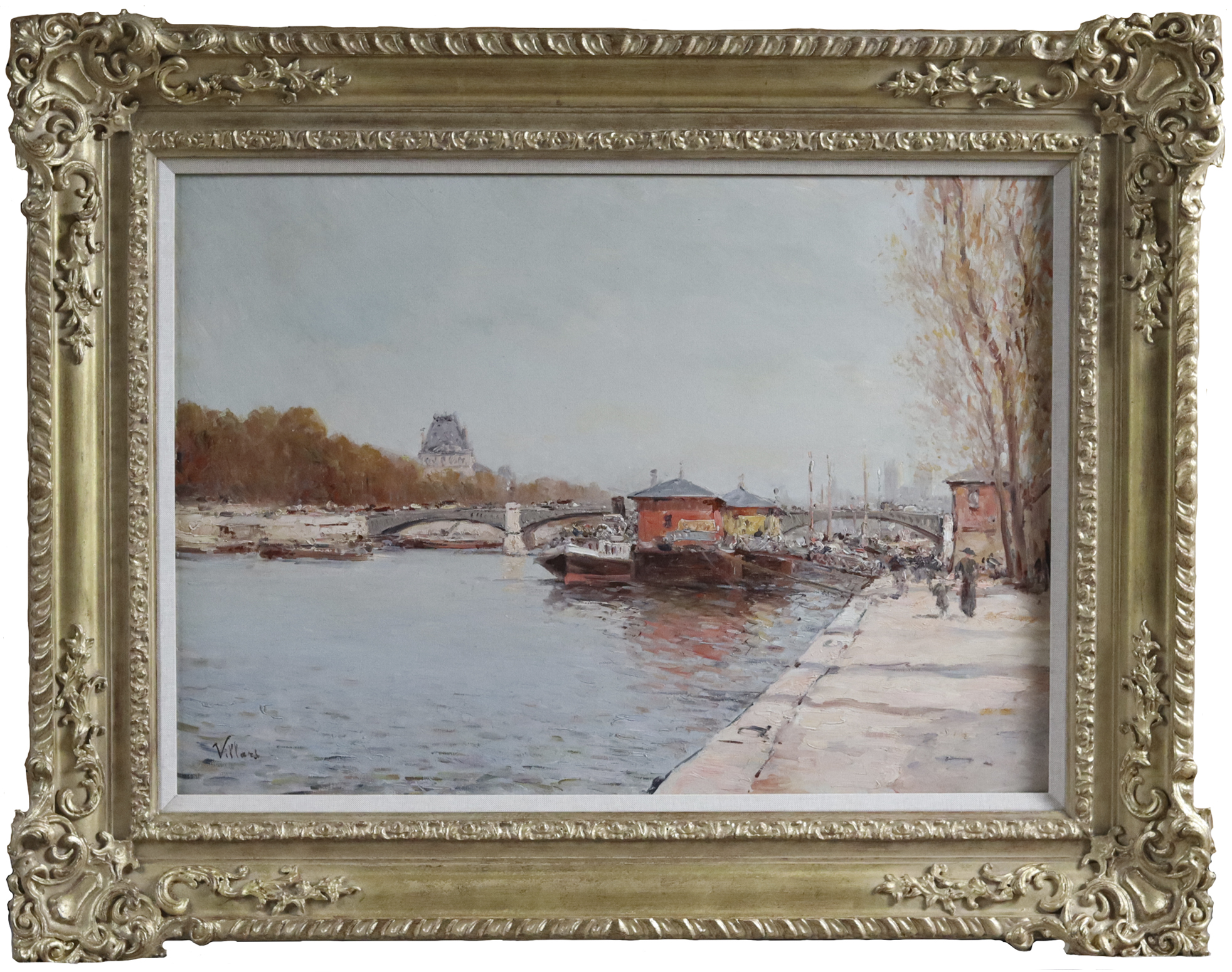 Paul Villars lived in Belgium and is known primarily for his Marine painting.

Little is known of the life of this highly talented Belgium post-Impressionist painter, who was active 1890-1900. Records show he visited the ports of Europe, and North Africa where he painted several portraits of Arabic men.

Villars painted in a ‘Plein air’ style similar to the French post-Impressionist Charles Malfroy (1862- 1918) who like Villars specialised in views of ports from Le Havre to Venice, and of Paris; Seine and street scenes.

Villars port views have often been confused with the unsigned works of Charles Malfroy and his son Henri Malfroy, who both painted Quai Saint Bernard in Paris. It is plausible they knew each other as ‘plein air’ artists.

Gallery note: This lovely Paris river scene has been relined on a transparent to conserve whilst revealing the age of the original late 19 th c canvas. Presented in a new bespoke impressionist frame.