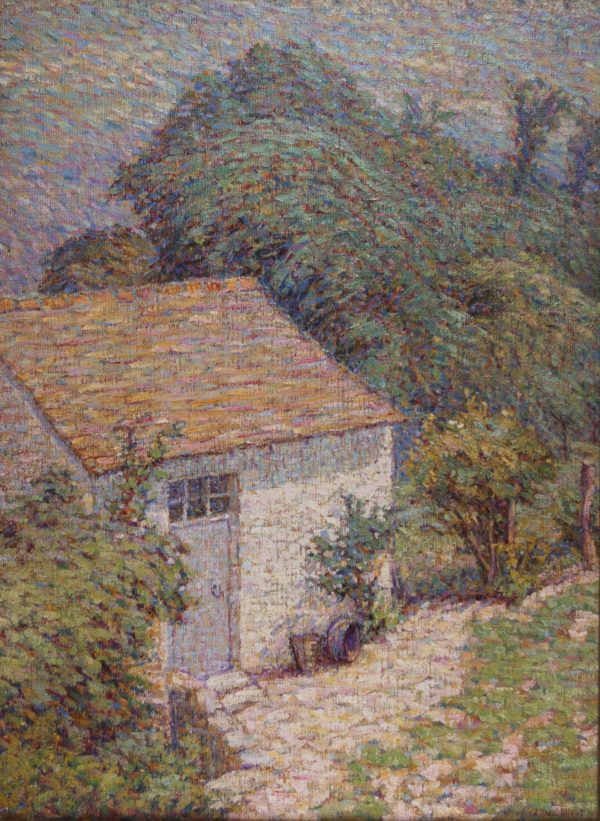 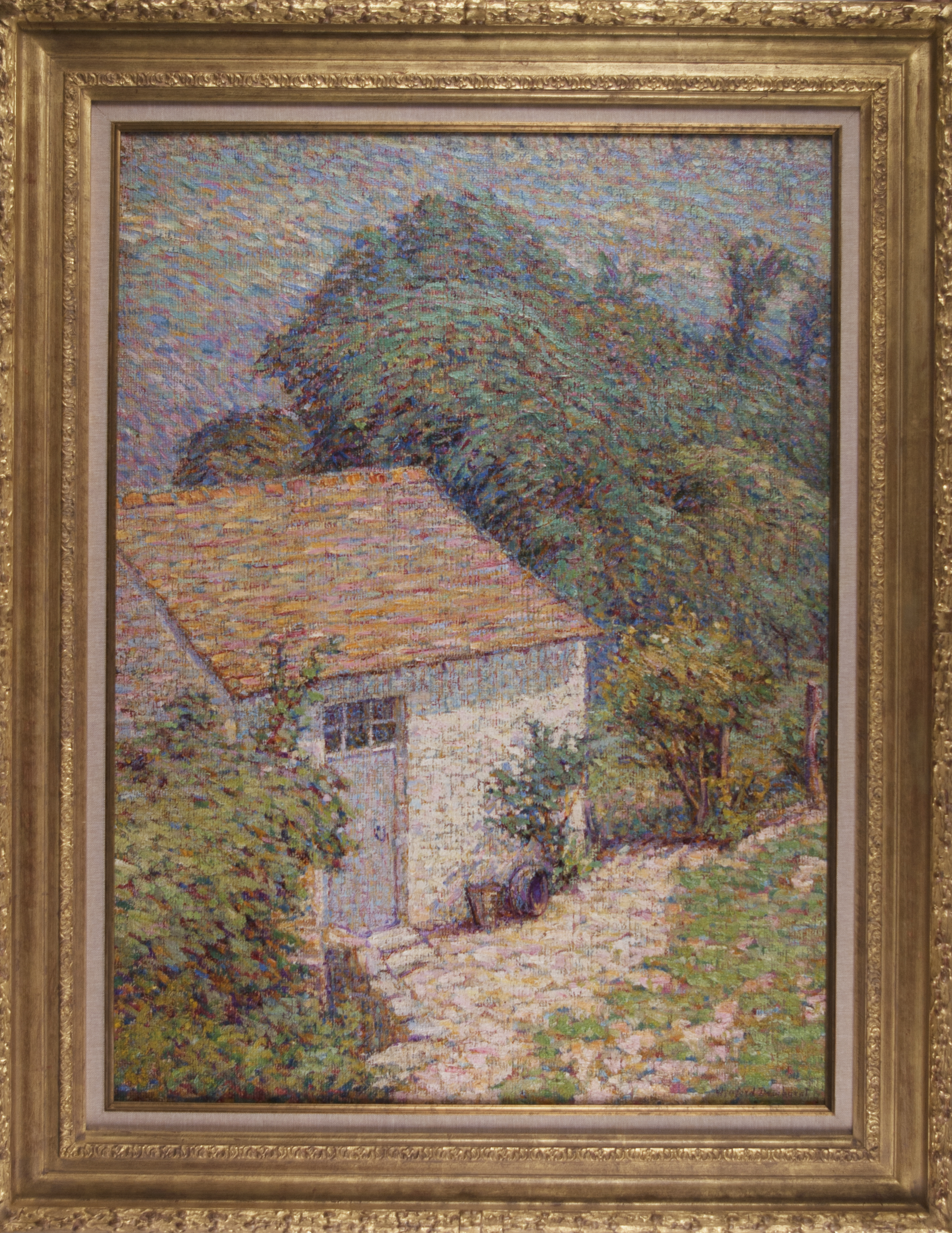 Potting Shed in the Artist’s Garden at Crozant in France

Wynford Dewhurst was colourful and controversial character on the Anglo-French art scene at the turn of the twentieth century. Born in Manchester in 1864, he embarked initially on a legal training, but, at the age of 27, he went to Paris to study art and was immediately attracted to Impressionism.

In 1904 he published a book, dedicated to Claude Monet, Impressionist Painting: its Genesis and Development, which was the first important study of the French Impressionists to be published in English. Dewhurst’s thesis was that the English landscape tradition, especially the work of Constable and Turner, was at the root of modern French painting and he wrote that, “.…. It cannot be too clearly understood that the Impressionistic idea is of English birth”.

Wynford Dewhurst returned to France each year to paint in the style of Monet, who became his principle mentor. For ten years, up to outbreak of First World War, he rented a house at Crozant in the Creuse Valley, where earlier, in 1889, Monet had painted a series of twenty-four pictures.

This charming summer scene from his garden at Crozant, overlooking the gorge of La Creuse reflects the affection he held for the place and can be dated to about 1910. Although not strictly a pointillist picture,this work does have that kind of feeling,and pointillism is rare to find in today’s market.

From the same private collection as ‘French Landscape by the Seine’, exhibited  Manchester A.G. 2017.