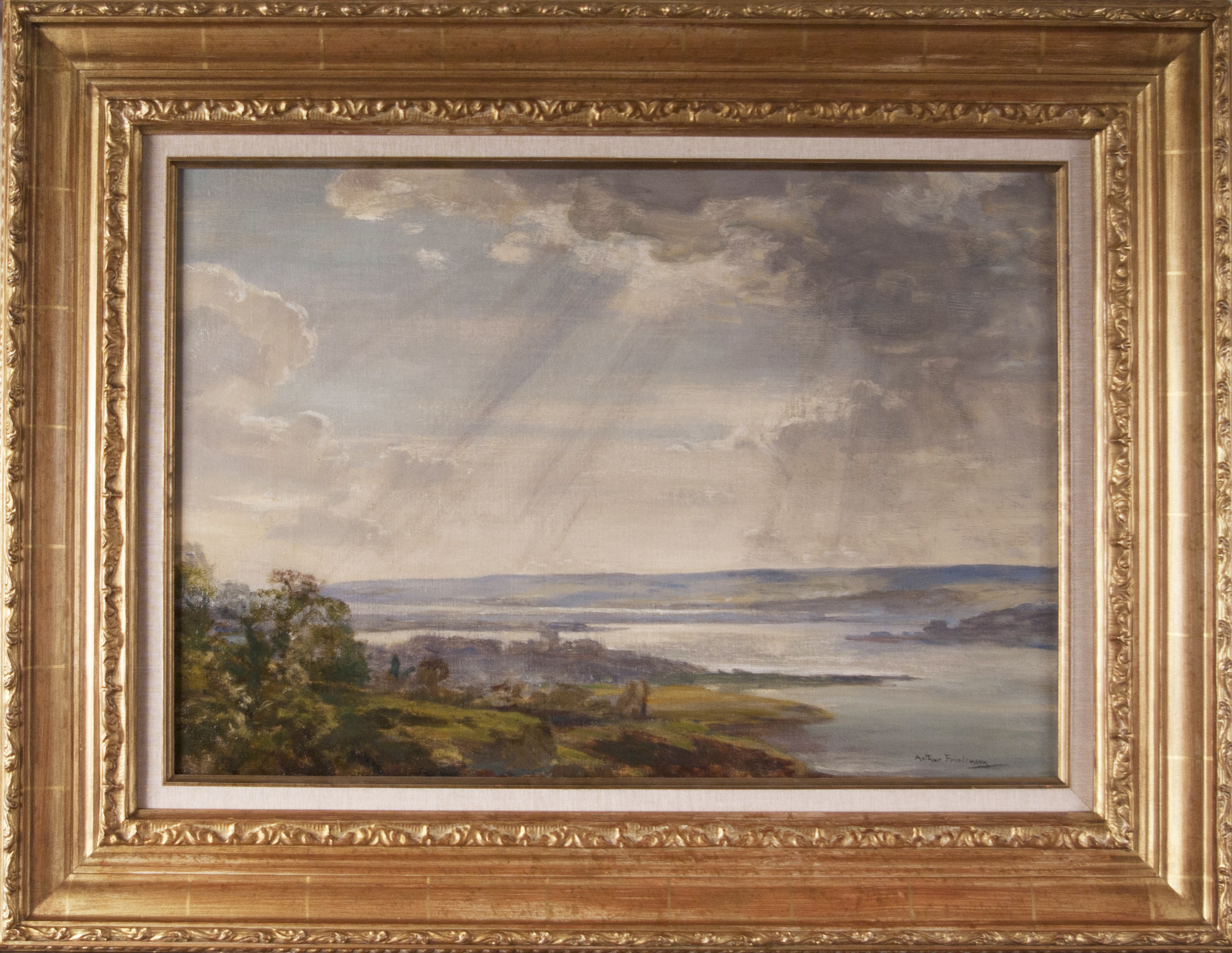 Born in Leeds, Arthur Friedenson was originally apprenticed as a sign painter, before studying at the Académie Julian in Paris, and the Académie Royale des Beaux-Arts in Antwerp.

Returning to England, Friedenson joined the colony of artists working in the picturesque fishing village of Staithes, North Yorkshire. He exhibited at the Royal Academy from 1889, many of his early works being landscapes and coastal views around Runswick and Staithes.

In 1907 his Royal Academy work Runswick Bay was purchased by Chantrey bequest, and is currently in the collection of Tate Britain.

Friedenson  settled and worked in Dorset from 1910 , and his later submissions at the R.A. are mostly views around Corfe Castle, Wareham and Wiltshire. He also showed his work with the Fine Art Society and Goupil Gallery.