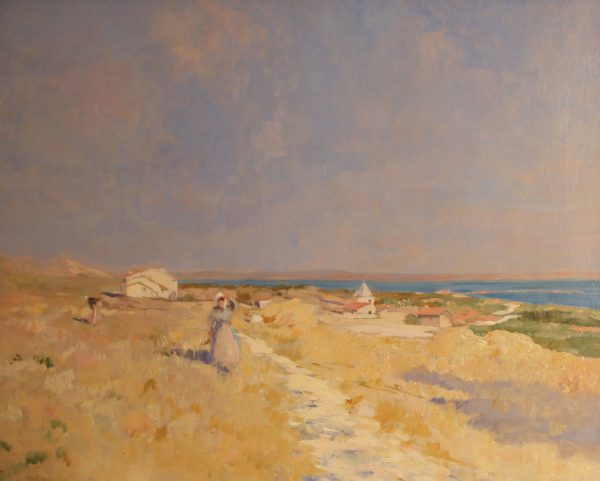 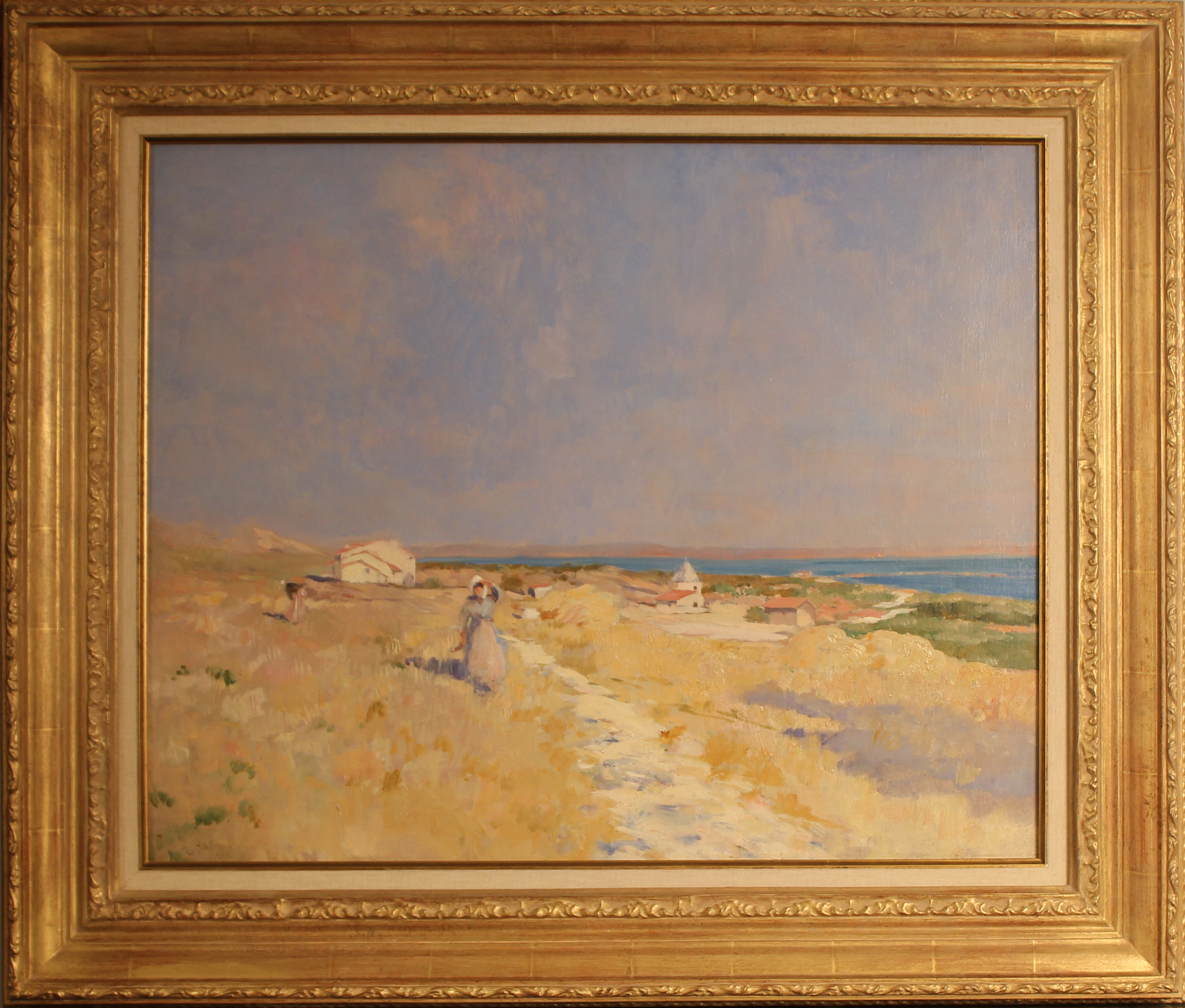 Raymond Allegre was a French impressionist painter, born in Marseille (Bouches-du-Rhône) in 1857. Studied under Jean-Paul Laurens at the École des Beaux-Arts in Marseille, where he met Jean- Baptiste Olive (1848-1936), and participated in the decoration of the famous restaurant Le Train bleu at Gare de Lyon in Paris.

He later studied in Paris under the Atelier d’Alexis Vollon (1865-1945), and also under Léon Bonnat at the Ecole Nationale Superieure des Beaux-Arts in Paris. Painted landscapes of the Paris region and Normandy from 1875. He later returned to Provence where he painted Martigues, known as the Little Venice of Provence, and its surroundings.

He travelled to Venice in 1900 which inspired him to paint a large number of paintings. Allegre exhibited at the Salon des Artistes Française from 1880 to 1932, and was awarded the Raigecourt-Goyon Prize in 1893 and a bronze medal at the Universal Exhibition in 1900. He was promoted Knight of the Legion of Honor in 1903.

Restaurant Le Train bleu, at the Gare de Lyon station in the Salle Dorée (Algiers) and in the passage (Cassis).