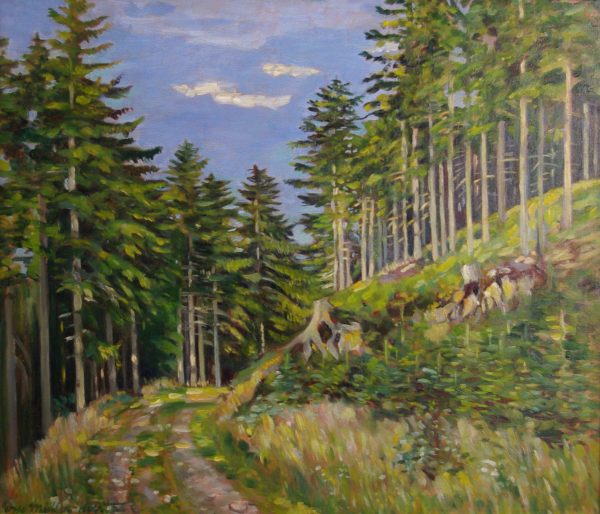 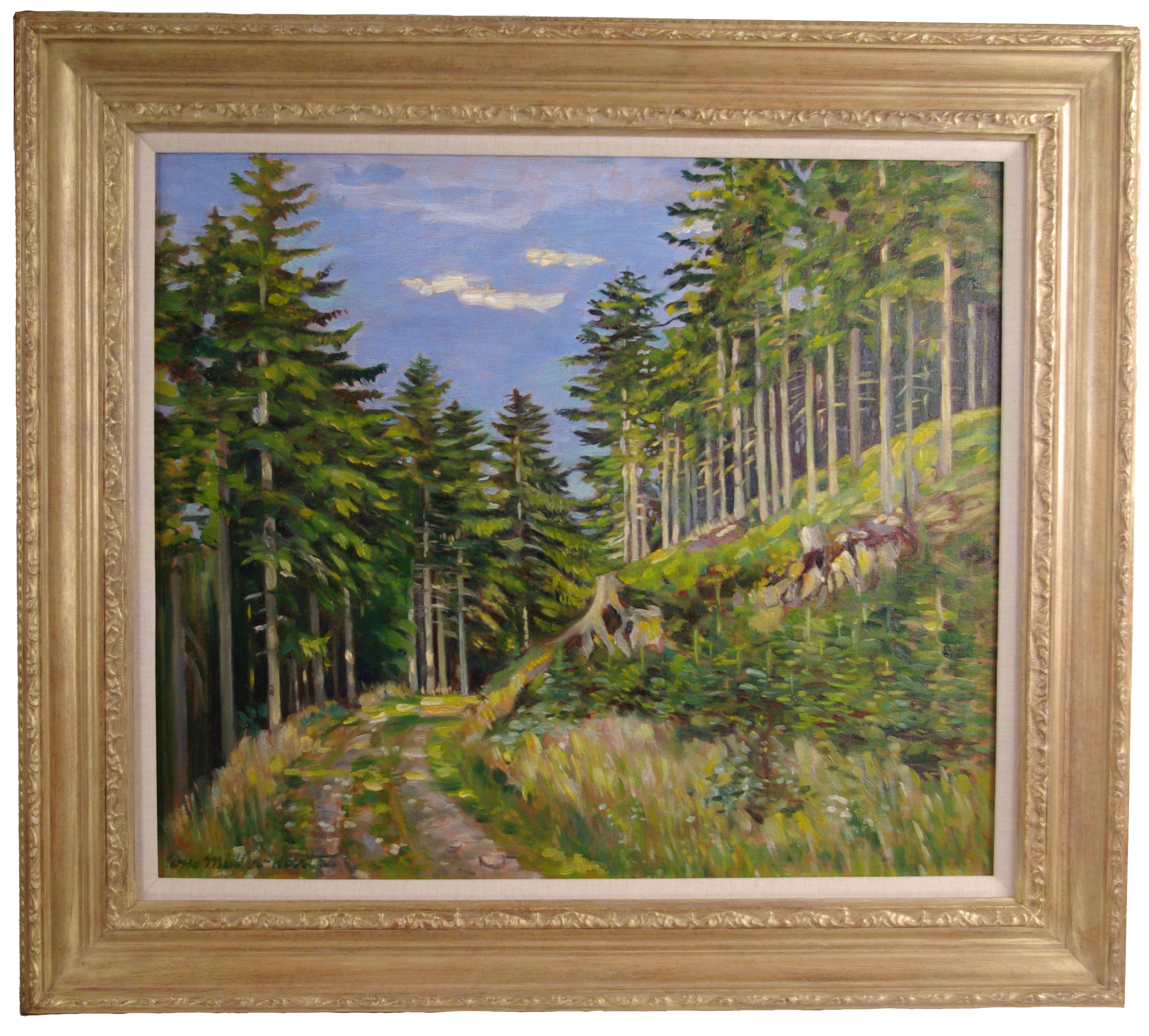 He studied at the State Academy of Arts in the largest Silesian city of Wrocław under Arnold Busch in 1922. In 1916, he was incorporated into the army fighting on the Eastern Front. After the war he settled in Lower Saxony, were he had studios in Wroclaw, and in Szczawno Zdroj in a region called Hartau, where he changed his name.

In 1930 he settled in Podgórz near Dusznik Zdroj. During World War II, he served again on the Eastern Front. He finally settled in Hinterzarten in the Black Forest, and became a well-known painter of the local landscape.

Müller-Hartau’s work is housed in a canon of realistic painting, in which light and colour play an important role.

An old label verso gives the forest location as Bad Reinerz, the German name for Duszniki Zdroj – a Polish spa town in the Kłodzko Valley and County, Lower Silesia, S.W. Poland. Silesia was originally a Polish province, which became a possession of the Bohemian crown in 1335, passed with that crown to the Austrian Habsburgs in 1526, and was taken by Prussia in 1742. In 1945, at the end of World War II, Silesia was one of the regions of German territory that was granted to Poland by the Soviet Union.