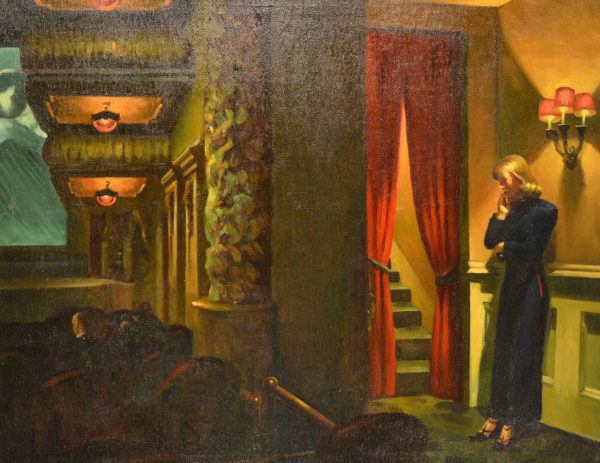 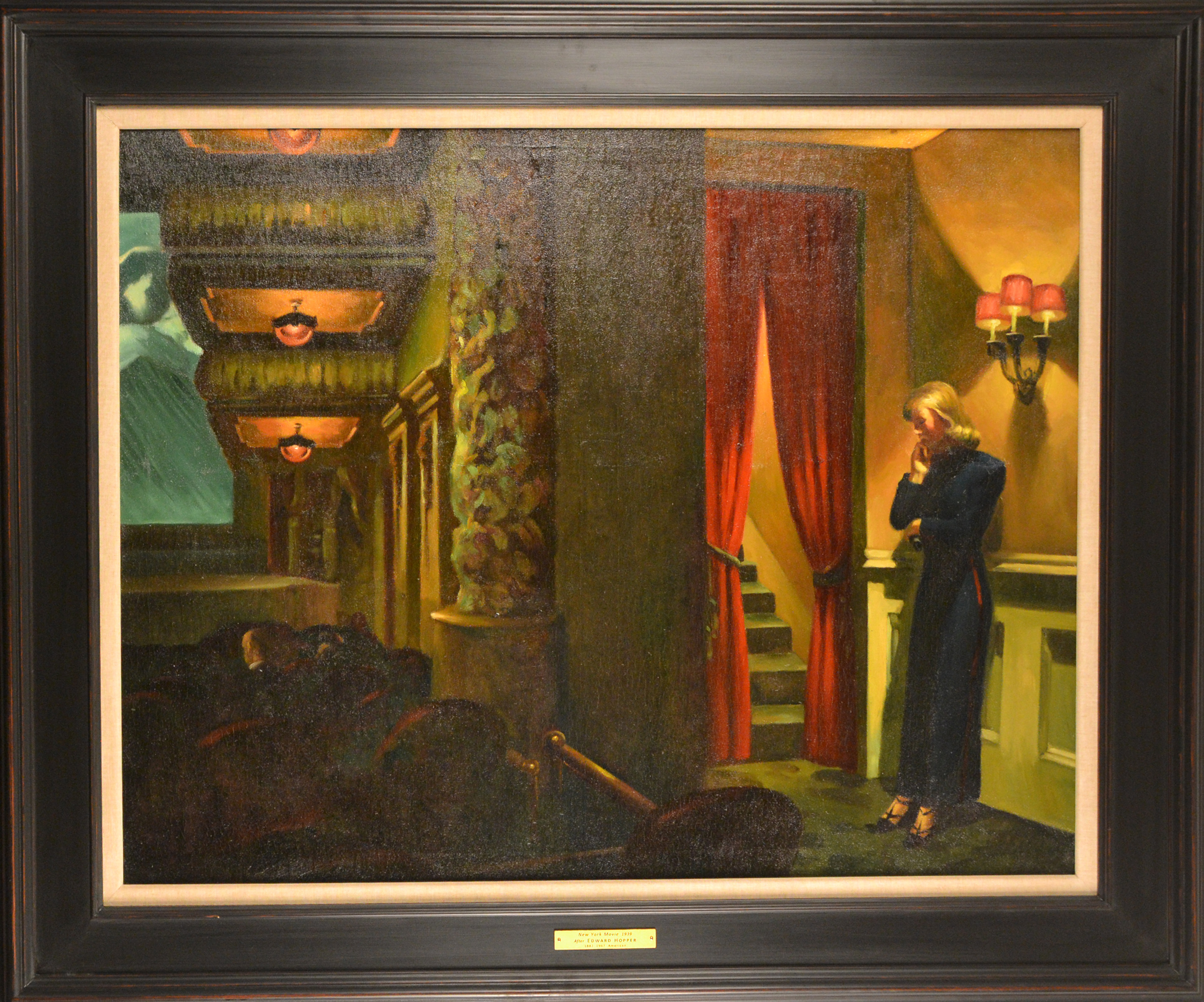 A very good late 20 th century copy on canvas after one of Edward Hoppers iconic masterpieces, now in the Museum of Modern Art, New York.

Edward Hopper is widely acknowledged as the most important realist painter of twentieth-century America. New York Movie shows the inside of a theatre, the audience illuminated by the light of a film. But the real focus is the usherette leaning against the wall in the aisle, her arms crossed and her chin resting dreamily on her hand. She appears to be lost in her own imagination—transported to another place, just as the audience has been drawn in to the world of the film. Hopper was a real believer in the escapist power of the cinema—in fact, movie binges were his preferred method for dealing with creative block. And in 1939 when Hopper completed New York Movie it was a great year for Hollywood film. New releases included the Technicolor pioneers ‘Gone with the Wind’ and ‘The Wizard of Oz’.

The film projected on this screen is black and white—notes left by Hopper’s widow indicate that we’re seeing a fragment of snow-covered mountains. Hopper’s done a remarkable job making the screen seem to glow. In fact, the lighting throughout the painting is fascinating. Ceiling lights project dramatically from overhead; a wall sconce lights the usherette; there’s an unseen light in an exit stairwell. Hopper once said that it was quite difficult to bring all of these different light sources together successfully.

New York Movie may look simply like an image of a movie theatre, but in fact it’s a synthesis of several theatres. Take a good look at the drawings in this gallery. They allow us to begin with Hopper’s first tentative ideas for the painting, and to follow him all the way through to its execution. They’re a great case study for Hopper’s creative process.

Gallery note: This fabulous reproduction was most likely commissioned by Galerie du Monde who were founded in Hong Kong in 1974. Galerie du Monde has been specializing in modern and contemporary works by internationally established Chinese artists, and it is likely that one of these highly talented artists painted this faithful reproduction circa 1980. The painting has since been professionally restored and presented in a new bespoke frame.