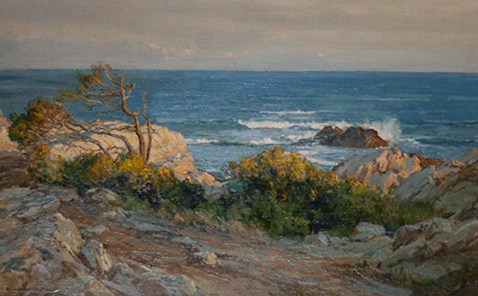 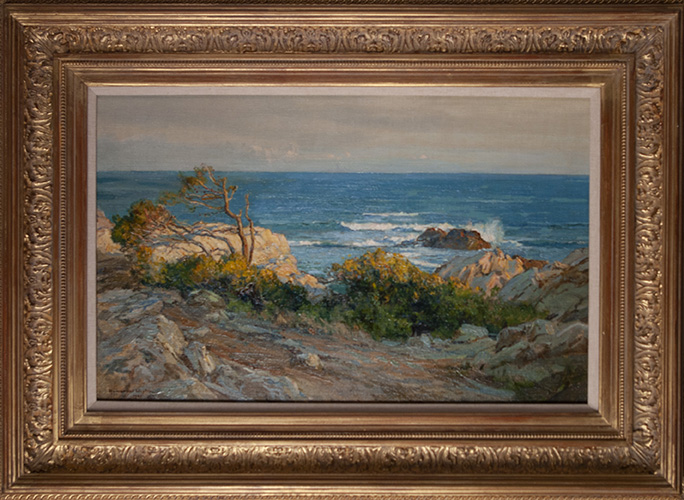 Harry van der Weyden was born in Boston, Massachusetts, USA, in 1868. He gained a scholarship to the Slade School of Fine Art in London in 1887 and went on to study at the Académie Julien in Paris. He was awarded the Gold Medal at the Paris Salon in both 1891 and 1892 and the Gold Medal at the Munich Academy in 1901.

He exhibited at the Paris Exposition of 1900, which the New York Times described as,“unquestionably the finest collection of works by American artists that ever before has been brought together” and he continued to exhibit at the Paris Salons until after 1910.

He was also working in America during this period and exhibited at the Chicago World’s Fair in 1893 and the World’s Fair, St Louis, Missouri in 1904. A February 1900 article in the New York Times described his exhibit in the Annual Watercolour Display held at the Waldorf Astoria Hotel, “Van der Weyden’s coast scene is exceedingly strong, with a beautiful and luminous sky, and is well composed and full of light”.

Van der Weyden presented a portrait of Lady Randolph Churchill to Winston Churchill in 1935. Churchill wrote to van der Weyden on 26 June 1935 expressing his pleasure in accepting the “splendid” portrait. He died in London in 1952.