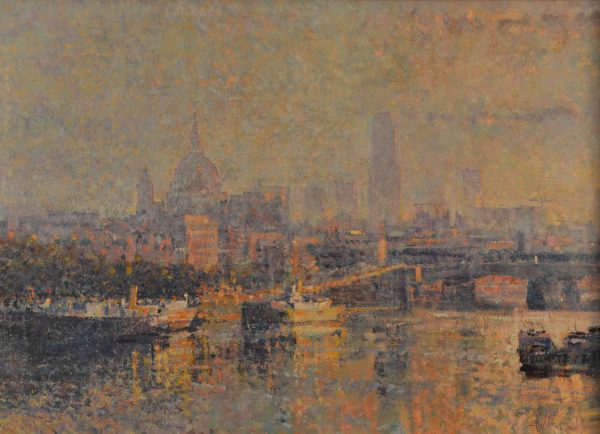 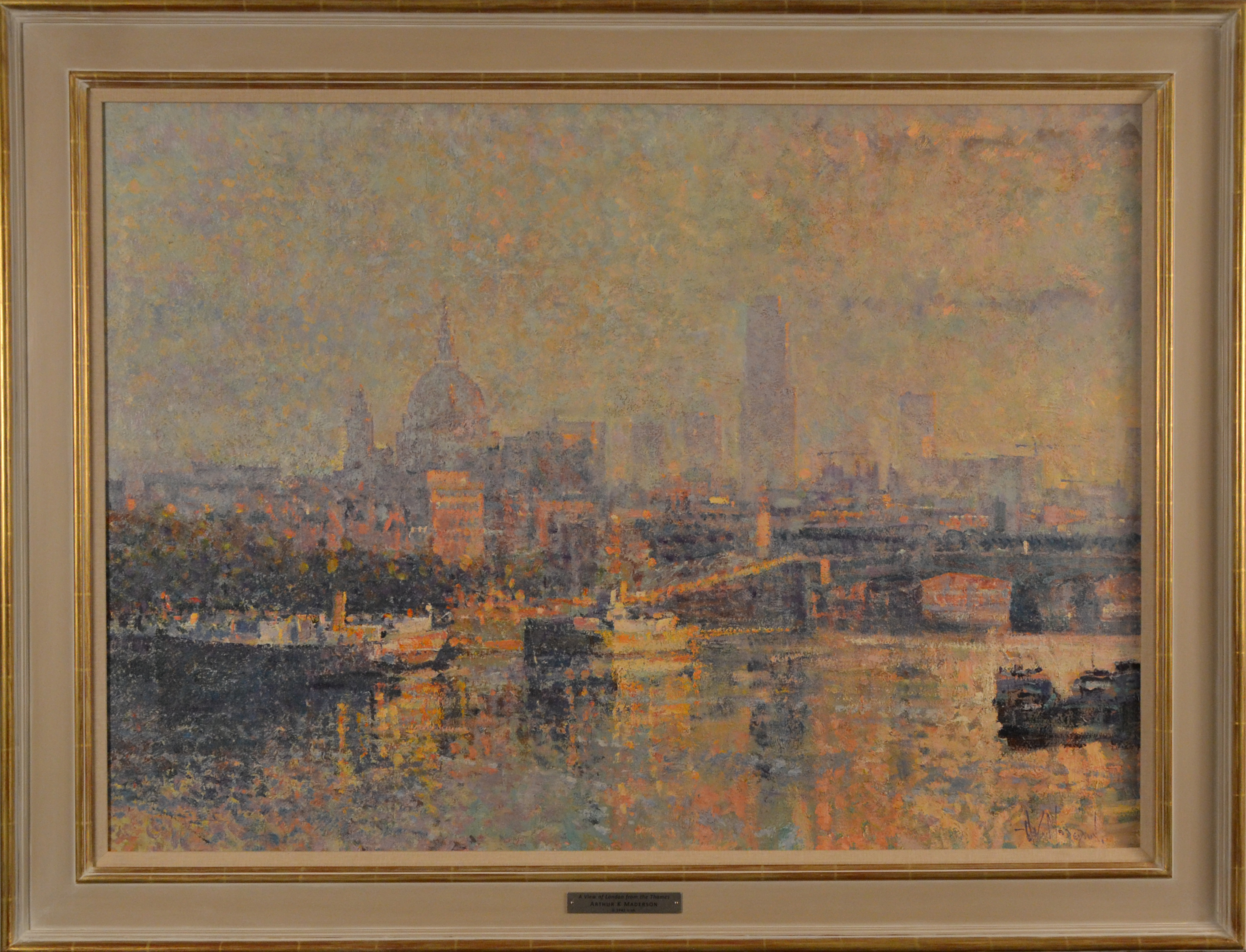 London from the Thames

Born in 1942 in London, Arthur Maderson studied fine Art from 1959 to 1963 at Camberwell school of Art, South London, where in 1963 he won the Anna Berry Award in open competition with graduates from all the leading Art Schools in England. It was not until 1982 that Maderson exhibited his paintings in the West Country and London. His progress and success as a professional Painter from this period have been and continues to be extraordinary.

In 1987 Maderson moved from Somerset to a totally isolated 17th century Welsh Longhouse high in the Cambrian Mountains, with no electricity or phone. This move, against his then agent’s advice to move to London, indicates both the single mindedness of the man and his tendency to be reclusive. He does not court publicity or ‘move in artistic circles’, nor does he have a website, and to this day is almost impossible to contact by phone.

In September of 1999, although he had established a formidable reputation in the UK, he moved to the relative obscurity of rural Ireland. He is now recognised as being one of Ireland’s strongest figurative painters. All of his one man shows in the Republic have sold out. He has exhibited at the Royal Academy of London, he has been awarded the Cornelison Award at the West of England Academy, and the award for ‘most distinguished painting’ at the Royal Hibernian Academy in Dublin.

Maderson is primarily concerned with the depiction of light – a similar preoccupation of the nineteenth century French Impressionists. He has adopted some of the same techniques as the Impressionists, using broken brush strokes of thickly applied paint and vibrant juxtapositions of colour. He has tended to concentrate on one particular thematic series at a time, the most notable being the Lismore River series and Tallow Horse Fair series.

Maderson was included in a list of 17 of the world’s foremost modern oil impressionists in Ron Hanson’s book Modern Oil Impressionists,1992.