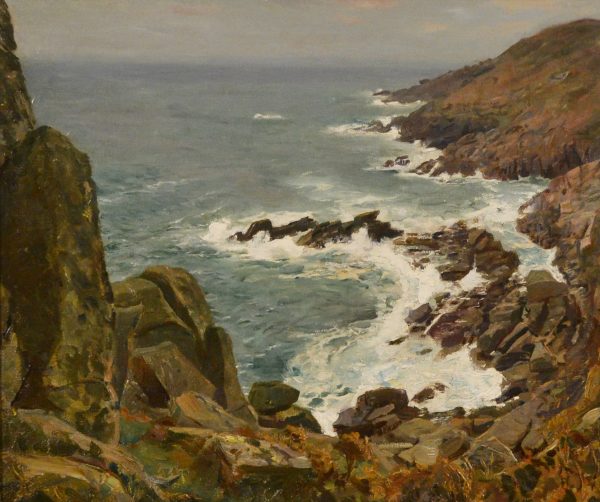 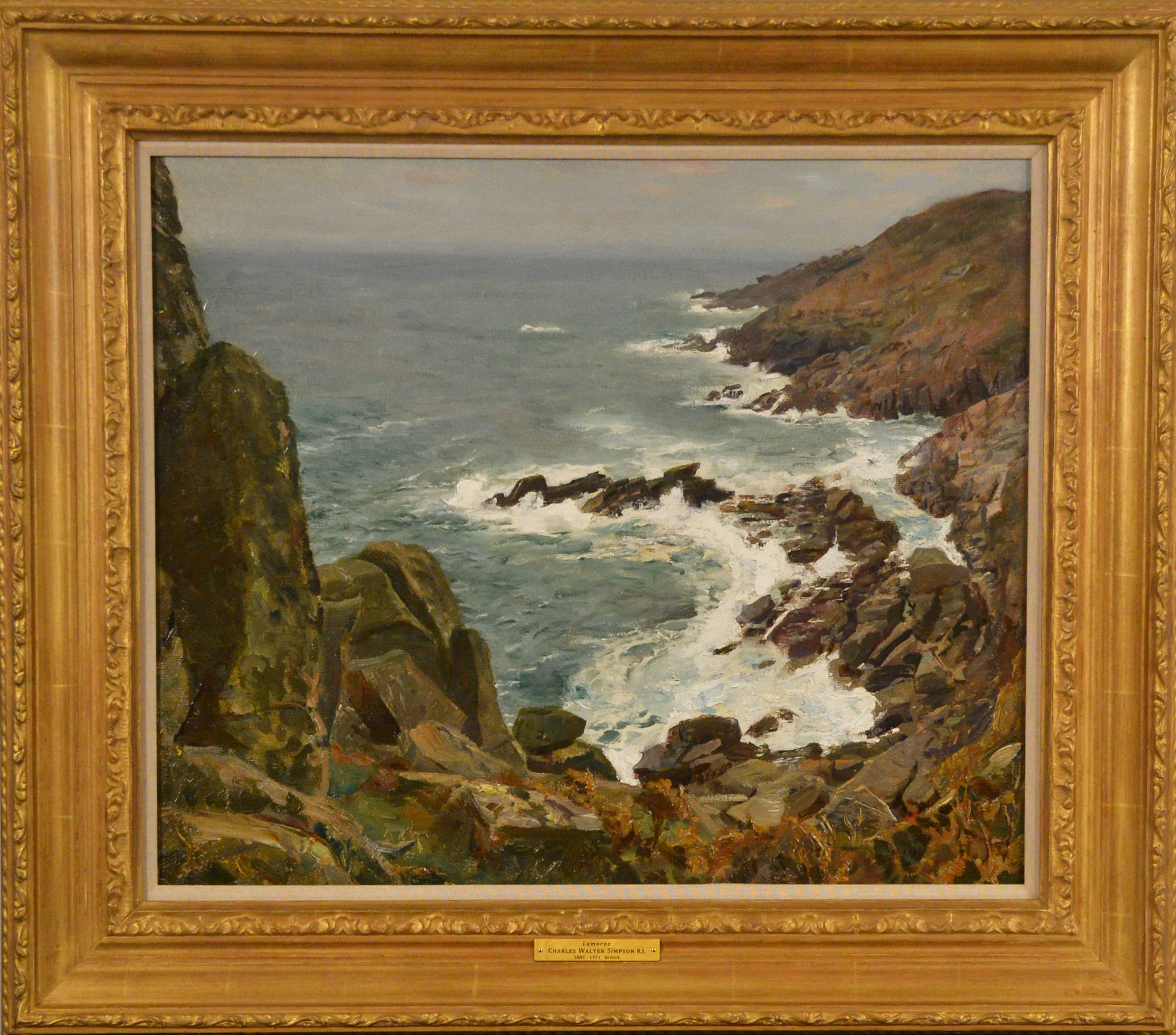 Born in Camberley, Surrey and studied at the School of Painting in Bushey under the animal painter Lucy Kemp-Welch, and later attended the Atelier Julian in Paris (1910).

He was particularly drawn to painting horses, which he developed by working with Alfred Munnings in Norfolk in the early 1900s; it was Munnings who encouraged him to visit Cornwall.

In 1913 Simpson married fellow artist Ruth Alison and initially settled in Newlyn. The family, including their daughter Leonora, later moved to Lamorna.

In 1915, Simpson was awarded a gold medal at the Panama-Pacific International Exposition in San Fransisco. Buoyed by this honour, the following year he and Ruth moved to St Ives to set up their own School of Painting, which they ran in Piazza Studios from then until 1924.

On leaving St Ives, they moved to London, but returned to Cornwall in 1931, living for a short while in Lamorna, before settling in the Alverton area of Penzance.

Simpson was particularly known for his paintings of birds and animals, which were both exhibited (including at the Royal Academy) and used as illustrations for books and for magazines such as Country Life.

An exhibition of his work was held at Penlee House Gallery and Museum in 2005.

Provenance: An old note attached to canvas verso – ‘Lamorna’ Charles Simpson, unsigned but vouched for by T.B. Williams esq. D.F.C., of Newquay, who bought it from a sale of the artists effects.

Gallery Note: This dramatic coastal landscape is reputedly from the artist’s estate which would account for the work being unsigned. The handling of cliffs and sea is very much in the style of Simpson’s Cliff-scapes, and comparisons can be made with his 1920’s work ‘Lamorna Cove’,exhibited Penlee House Gallery 2013 (image below).

We are very grateful to Katie Herbert, Curator/Deputy Director, Penlee House Gallery & Museum, Penzance, Cornwall for her kind assistance with our research. Penlee House Gallery are specialists in Newlyn School (Lamorna Group) and early St. Ives artists (c.1880-c.1940) ….and well worth a visit!

This lovely Cliff-scape has been professionally restored with a new support canvas,and presented in a new bespoke frame. 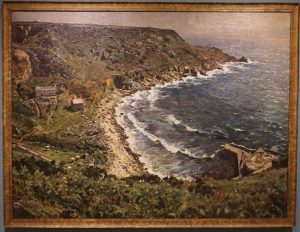