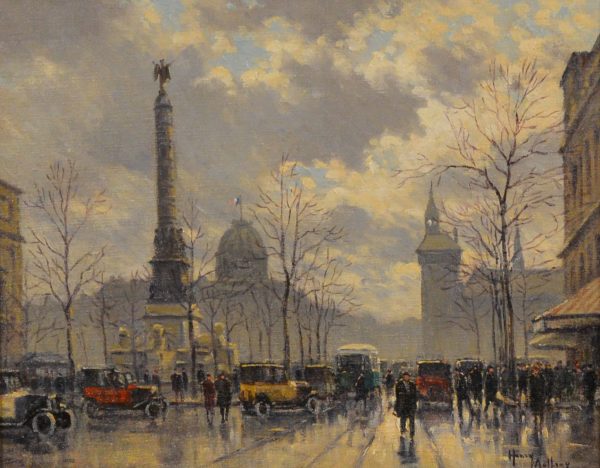 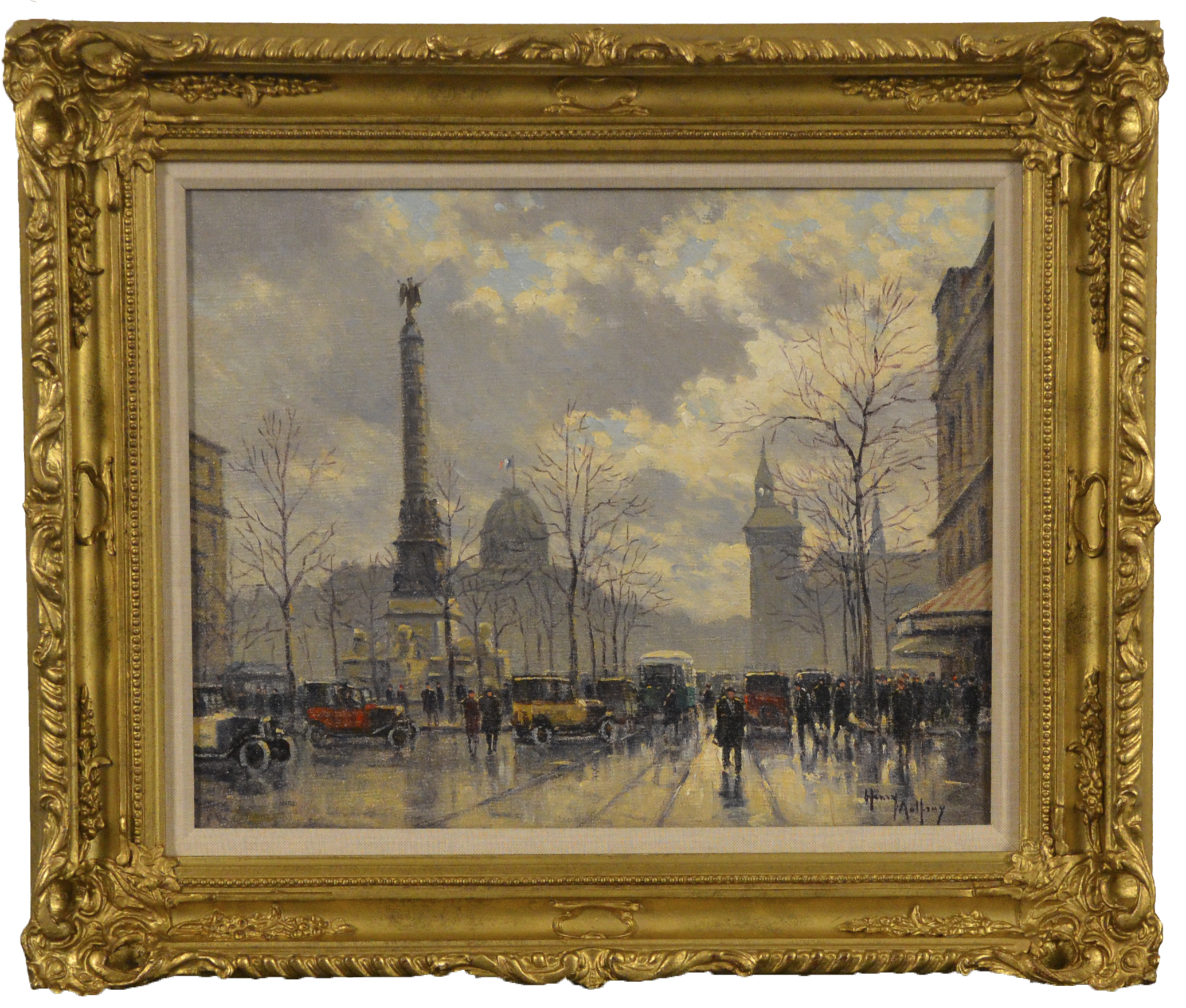 Henry Malfroy was born in Martigues, France on 15 January 1895, and a became a post – impressionist painter of landscapes and seascapes. He painted coastal scenes and Mediterranean ports from Bouches-du-Rhone to le Var. He also painted several Paris landscapes c.1919.

His name and the similarity of subjects have led to him being confused with the artist from Lyon, Charles Malfroy, who may well have been his father. Works by Malfroy appeared at auction as early as 1923(Paris ‘Canal at Martigues’) and continue to be very popular today.

He exhibited regularly in Paris, at the Salon of French Artists and of Independents.

Gallery note: This lovely Paris scene has been professionally cleaned and varnished. Presented in a new bespoke frame.