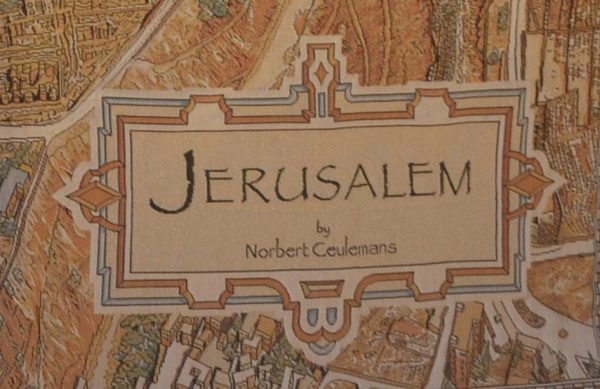 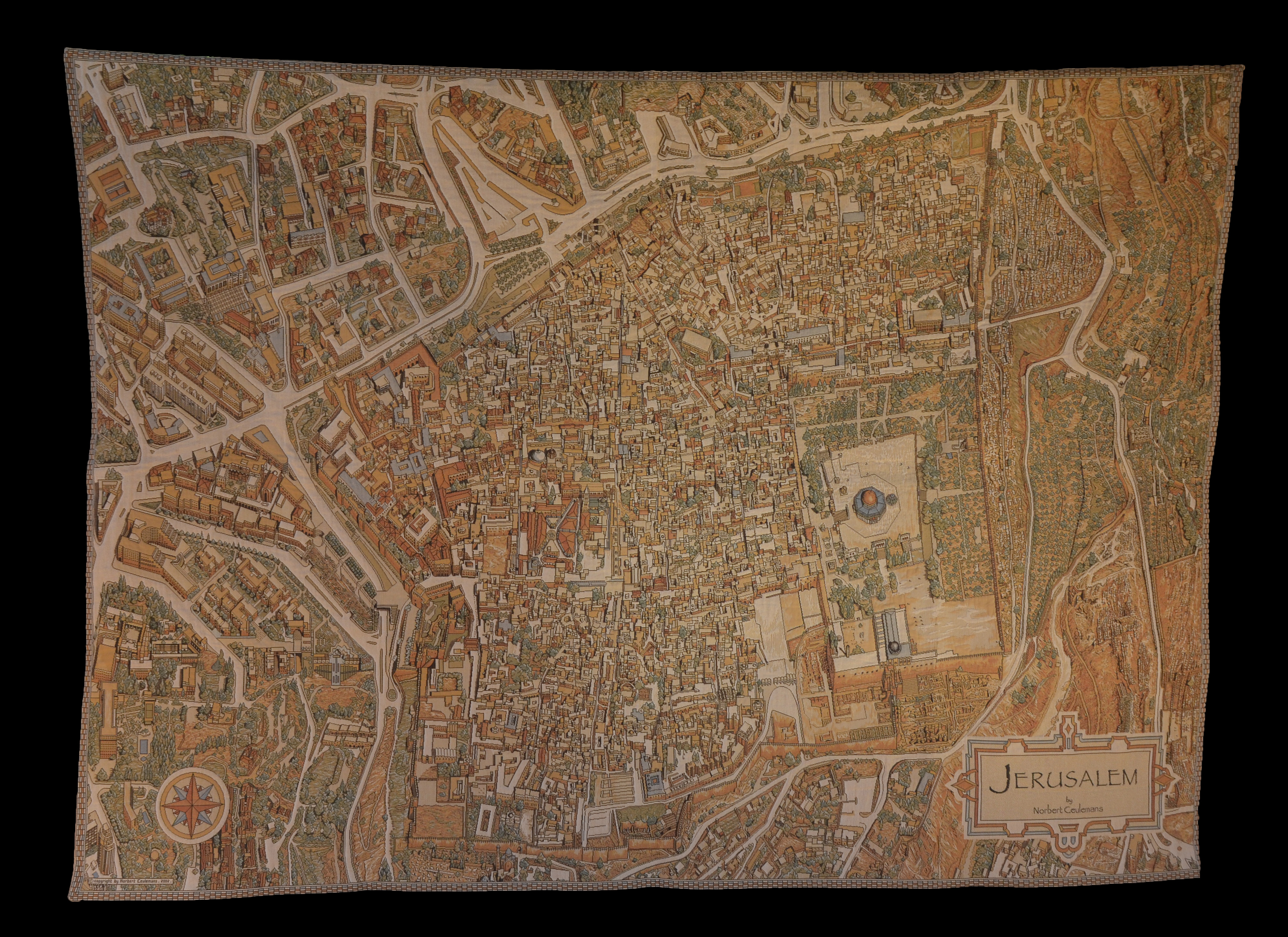 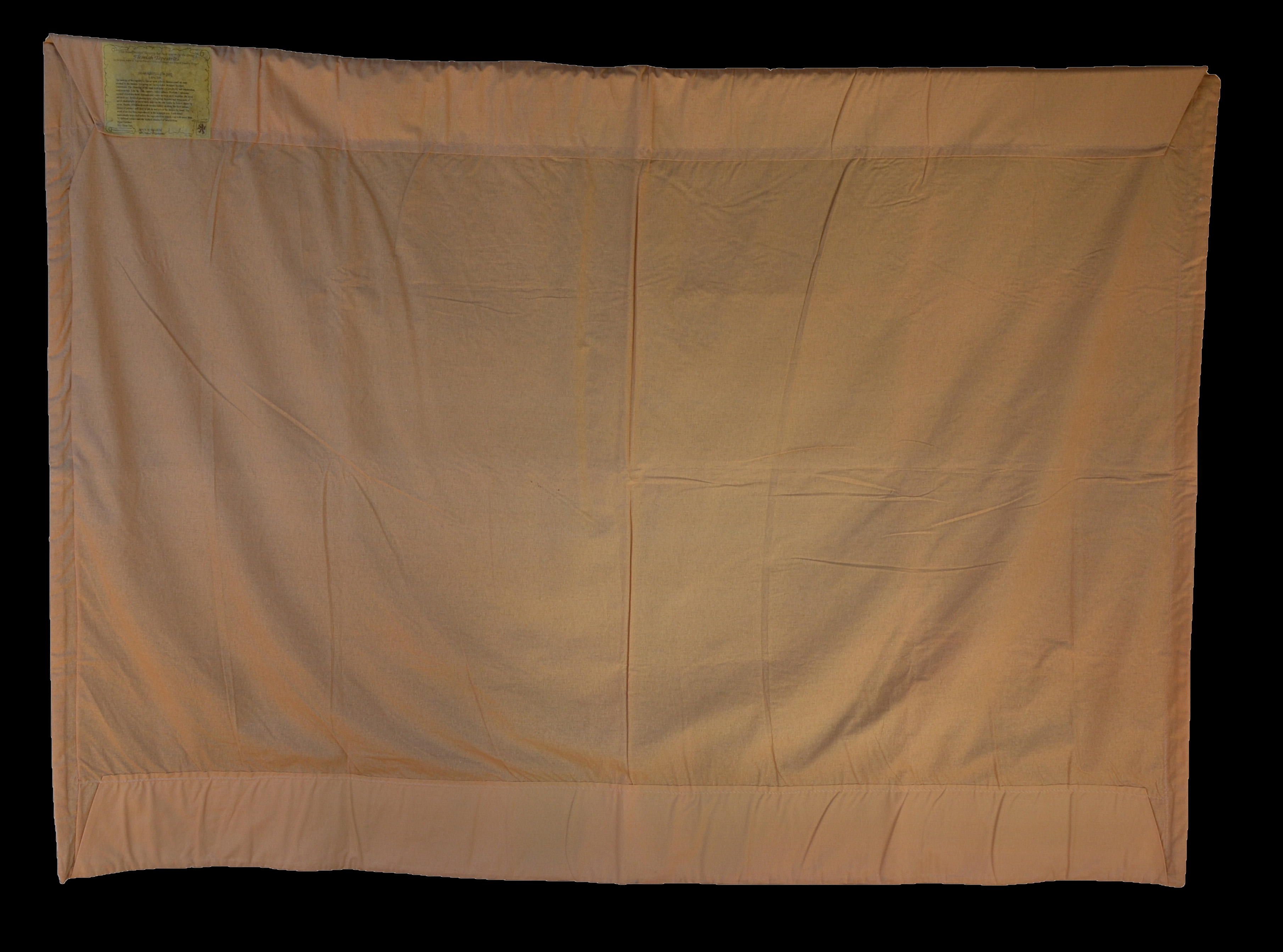 The ‘Jerusalem Art-Map’ series of Norbert Ceulemans The drawing of the map took hours of creativity and outstanding craftsmanship. Like the 16th century cartographers Norbert Ceulemans created three-dimensional views seen at 45 degrees.

He used old archives, detailed photographs of buildings facades and thousands of aerial photographs to accurately map out the city, and hours of skill to ink in and colour the shapes by hand. After detailed inspection the individual map sections were digitally scanned and reproduced as the art-map series.

The whole series took over three years to complete and captured the special light and beauty of the Golden City, and received international attention while promoted by the National Geographic Society.

The Major of Jerusalem, Ehud Olmert awarded Ceulemans the Silver ’50 years Israel’ Commemoration Medal issued by the State of Israel in 1998, for producing the ‘Art Map of the Century’.

By this time Ceulemans had already produced 29 exclusive, limited edition maps of European cities for celebrations as prestigious as Unification of Europe, the World Expo, the Olympic Games. This series his thirtieth was a milestone in the artists career.

A Limited Edition of Five Tapestries Woven in Flanders in 2002 The Jerusalem Series was celebrated in 2002 by updating the hand drawn central map sections and digitalization in Belgium to enable state of the art weaving of a limited edition of just five tapestries each depicting the Old City of Jerusalem, flanked by the King David Hotel to the west and Mount Olive to the right.

Each tapestry was machine woven in Flanders under the artist’s supervision, with 32 different colours threads, the highest standard of interlocking, and hand finished. For personal reasons only one tapestry was offered for sale, sold at a charity auction in Palm Beach, Florida to one of the most prominent Jewish families in America.

The original fragile drawing sections have since been destroyed, and the four remaining tapestries have now been consigned to Thomas Fine Art by Norbert Ceulemans son Stefan, who was involved with his father in the original research and aerial photography of Jerusalem.