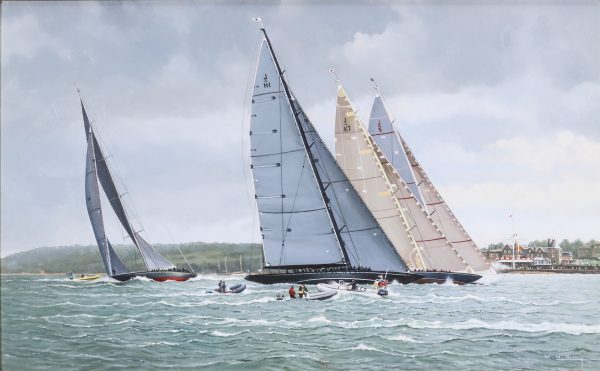 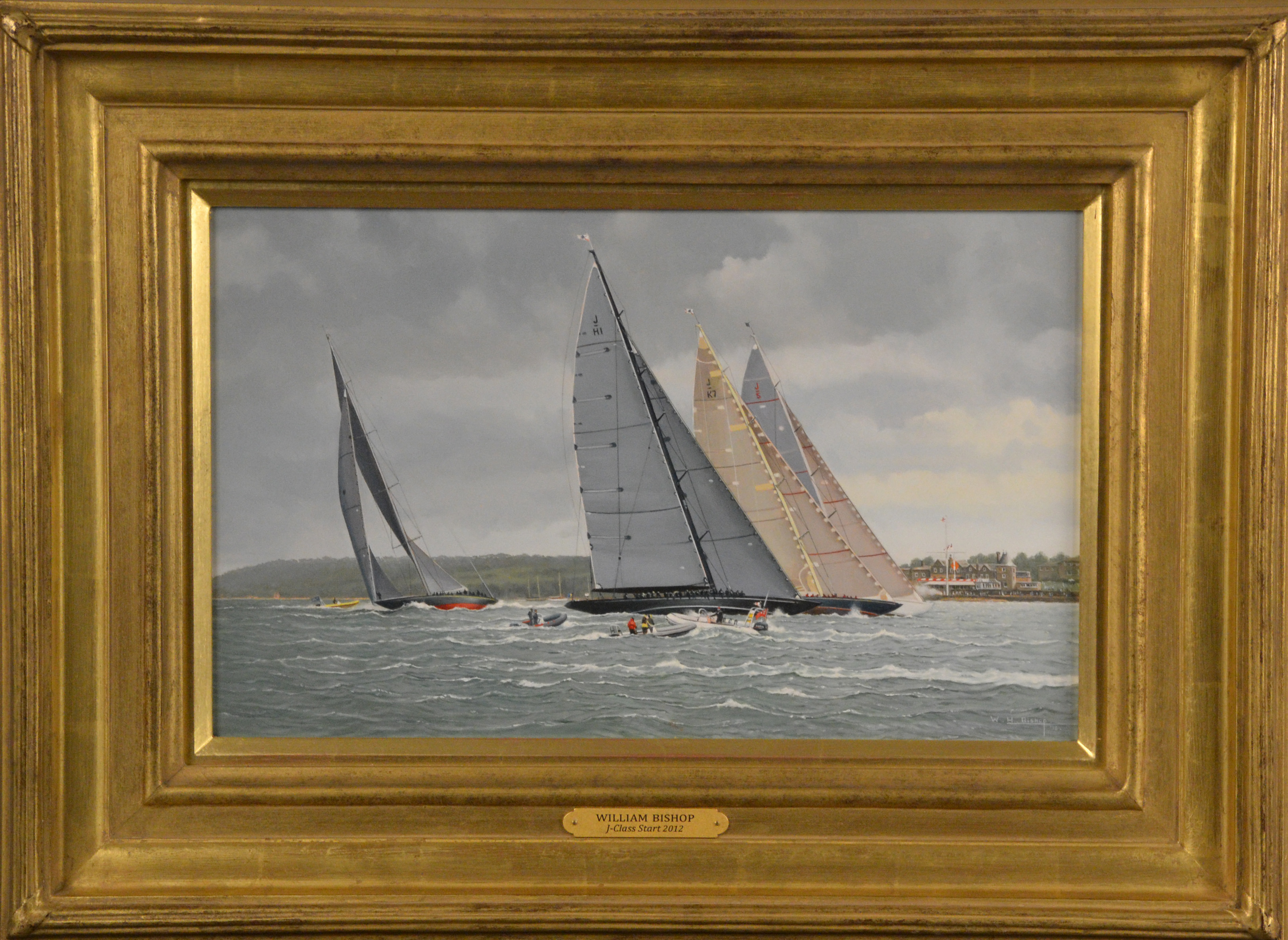 ‘Three of the four J’s have hit the start line perfectly as the smoke from the gun in front of the Royal Yacht Squadron blows away. One has misjudged it! Perhaps a bit of artists licence! All four were close together and continually cross tacking later on in the beat to the windward mark’ Bill Bishop.

Works represented: Royal Naval Museum, Portsmouth; a depiction of ‘Windy Corner’ at the Battle of Jutland. The Mary Rose Trust; the Mary Rose, King Henry VIII’s warship, (both in her recovery cradle from life in watercolour and also the definitive version of how she originally looked in oils), HMS Warrior. The City of Bristol; John Cabot’s ship, Matthew of 1497.The Minnesota Marine Art Museum, America; A monumental battle scene to mark the bi-centenary of the Battle of Trafalgar, 2005.