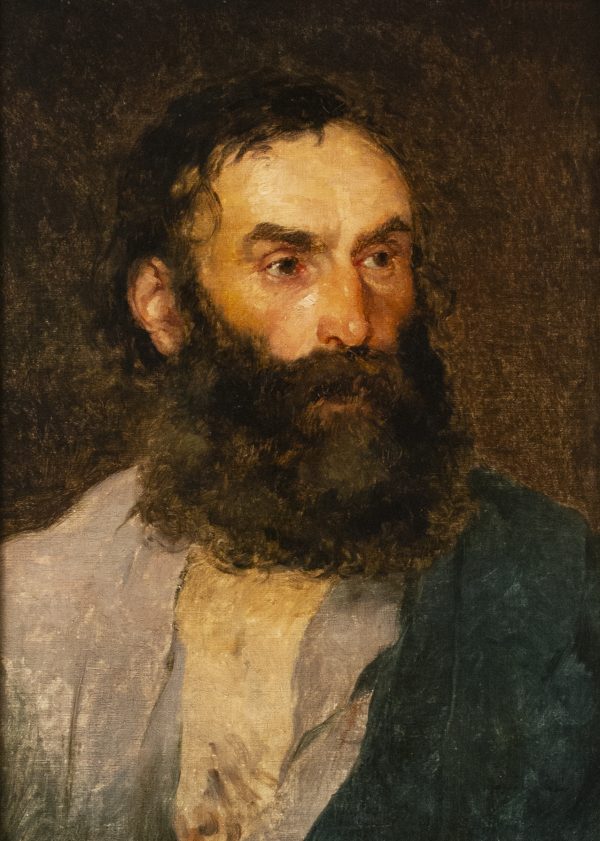 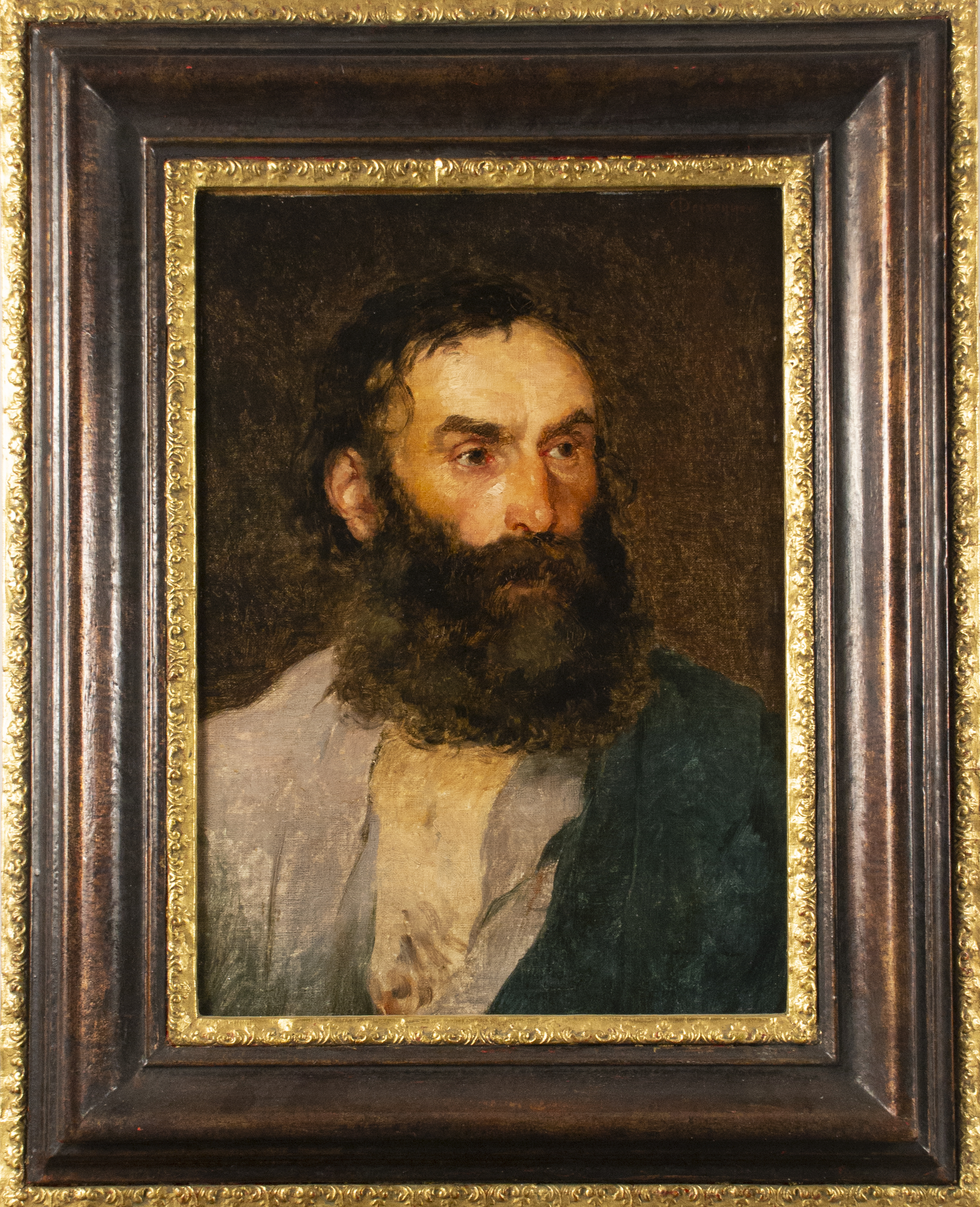 Half Length Portrait of a Bearded Gentleman

Franz von Defregger was born the second son of the wealthy farmer Michael Defregger at the Ederhof at Stronach in Tyrol in 1835. After his father’s death, he sold the family’s farm and went to Innsbruck, where he began a carver-apprenticeship under Michael Stolz who recognised his artistic talent and introduced him to Karl Theodor von Piloty. On the painter’s suggestion Defregger attended the preparatory class at the Kunstgewerbeschule in Munich under Hermann Dyck and then to Hermann Anschütz’  painter’s class at the Akademie der Bildenden Künste in autumn 1861.

He studied in Paris in 1863 where he was influenced by the school of Barbizon, especially in his nature pieces. After returning from Paris, he stayed in Munich and Eastern Tyrol, where mainly portraits of relatives and friends were executed. In 1867 he painted the study ‘Der verwundete Jäger’, which helped him to be accepted as von Piloty’s pupil.

Defregger mainly painted scenes from the every-day-life of Tyrolean farm life and genre-like depictions of the nearest history, which stood in an emphatic contrast to von Piloty’s extensively staged society-paintings. Defregger soon became one of the most popular genre- painters of the Munich School’s and had an academic influence.

In 1878 the artist was appointed professor for history painting at the composing class of the academy in Munich, where he taught until 1910. His prestigious villa in the Königinstraße in Munich, which was built in 1880 soon became one of society’s meeting points. In the following years Defregger received numerous honours and awards, which culminated in the bestowal of the Bavarian Crown Order, combined with a title of nobility, in 1883. Beside the academic genre and history painting, which was regularly shown at exhibitions, the painter painted during the 1890s several freer portraits, landscapes and images from his
private life. Franz von Defregger died in Munich in 1921.