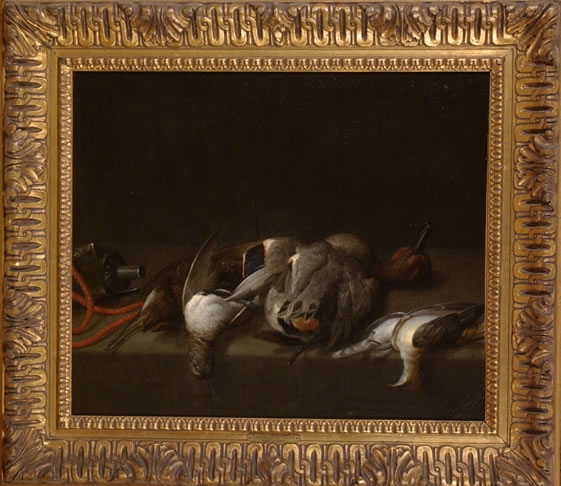 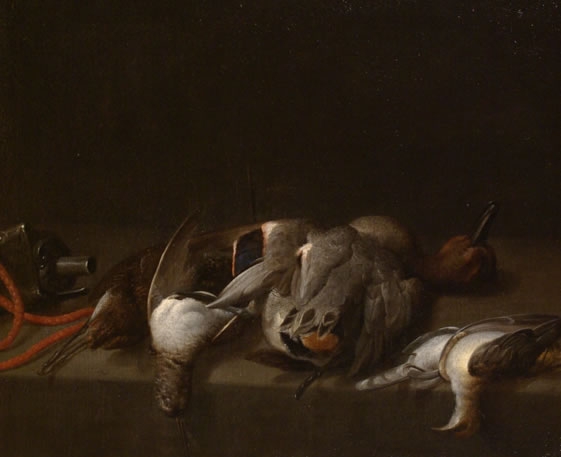 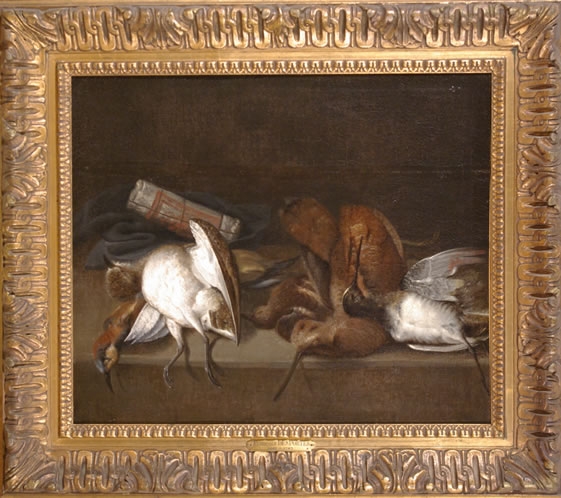 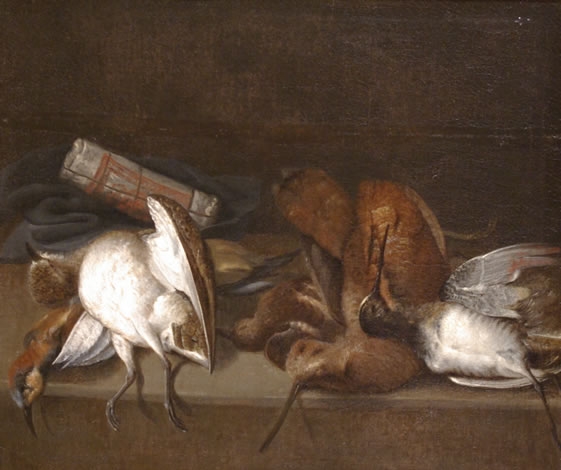 Still of Life of Dead Game Birds on a Ledge

Desportes was a French painter who specialised in animals. He studied in Paris, in the studio of the Flemish painter Nicasius Bernaerts, a pupil of Frans Snyders. After a brief sojourn in Poland, 1695-96, where he painted portraits of John III Sobieski and Polish aristocrats; after the king’s death Desportes returned to Paris. He was received by the Académie de peinture et de sculpture in 1699, with the Self-Portrait in Hunting Dress now in the Musée du Louvre.

He received many commissions  for decorative panels for  royal châteaux: Versailles, Marly, Meudon, Compiègne and, his last royal commission, for Louis XV at Choisy, 1742. He also did decorative paintings for the duc de Bourbon at Chantilly. Louis XIV and Louis XV commissioned portraits of their favorite hunting dogs. Desportes would follow the royal hunt  with a small notebook he carried to make on-site sketches for still lives of the game that resulted from the day’s hunt, for the king to make a choice of which were to be worked up into finished paintings. In several paintings he combined game with a buffet of spectacular pieces of silver as they might be displayed in a dining room; these are precious documents of the lost silver of the reign of Louis XIV.

At his death, in Paris, he left a considerable amount of work in his studio, which included studies of animals and plants as well as some fox-hunting sketches by Jan Fyt. In 1784, the comte d’Angiviller, general series of tapestries called Les Nouvelles Indes.director of the Bâtiments du Roi acquired these resources for painter’s models at the manufactory of Sèvres porcelain, so that Desportes influence in the iconography of French arts extended  throughout the century.