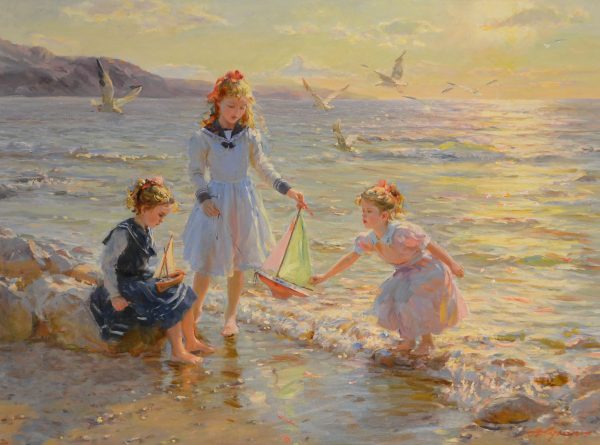 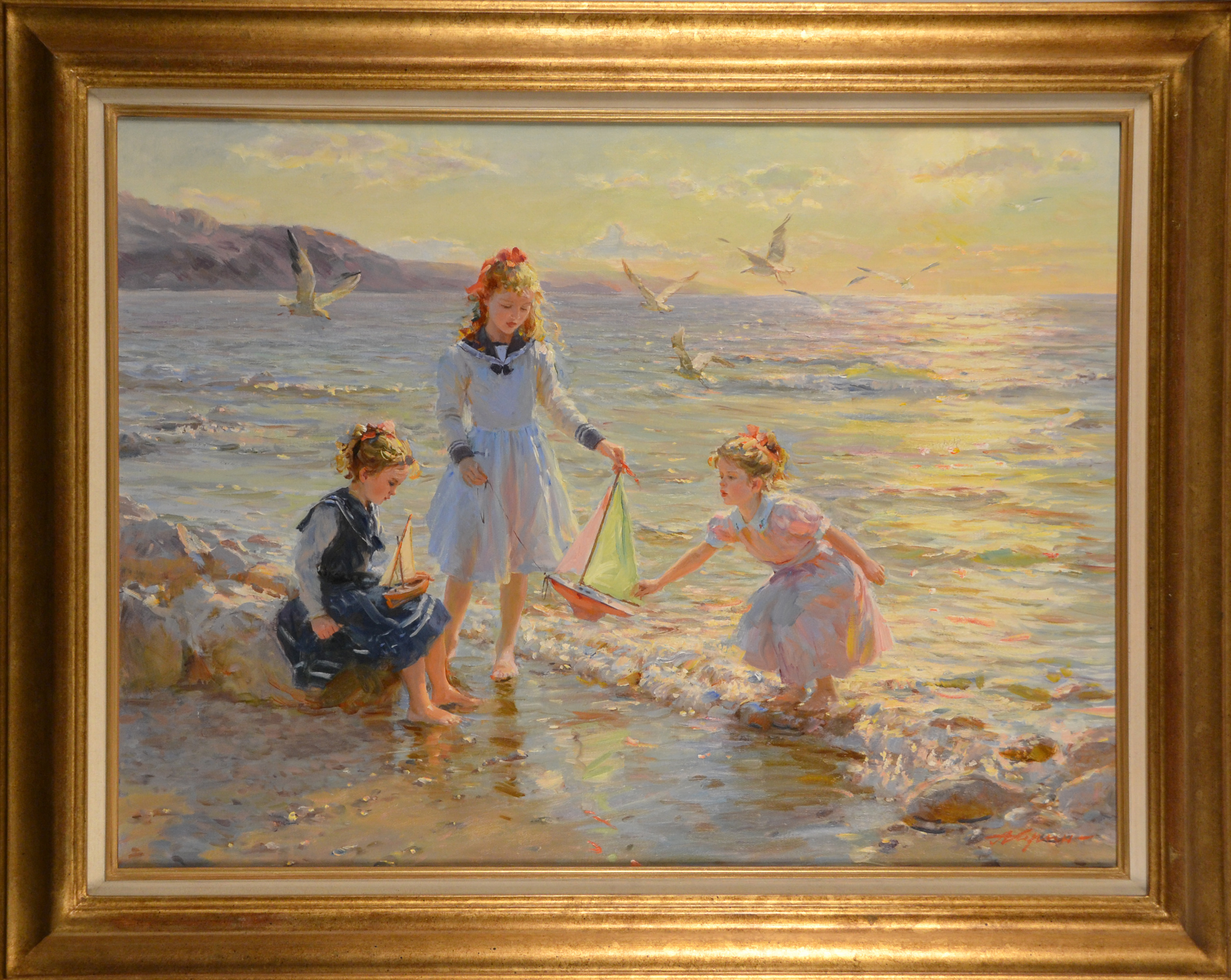 ‘Evening on the Beach’

He loves to paint in the open air and with many colours, allowing him to express his very active imagination. Subjects include children playing on beaches and flower meadows.

His daughter was his model when she was young, and today most of his models are members of his family. He lives and works in Moscow.

Averin paintings are in many private collections in Europe.