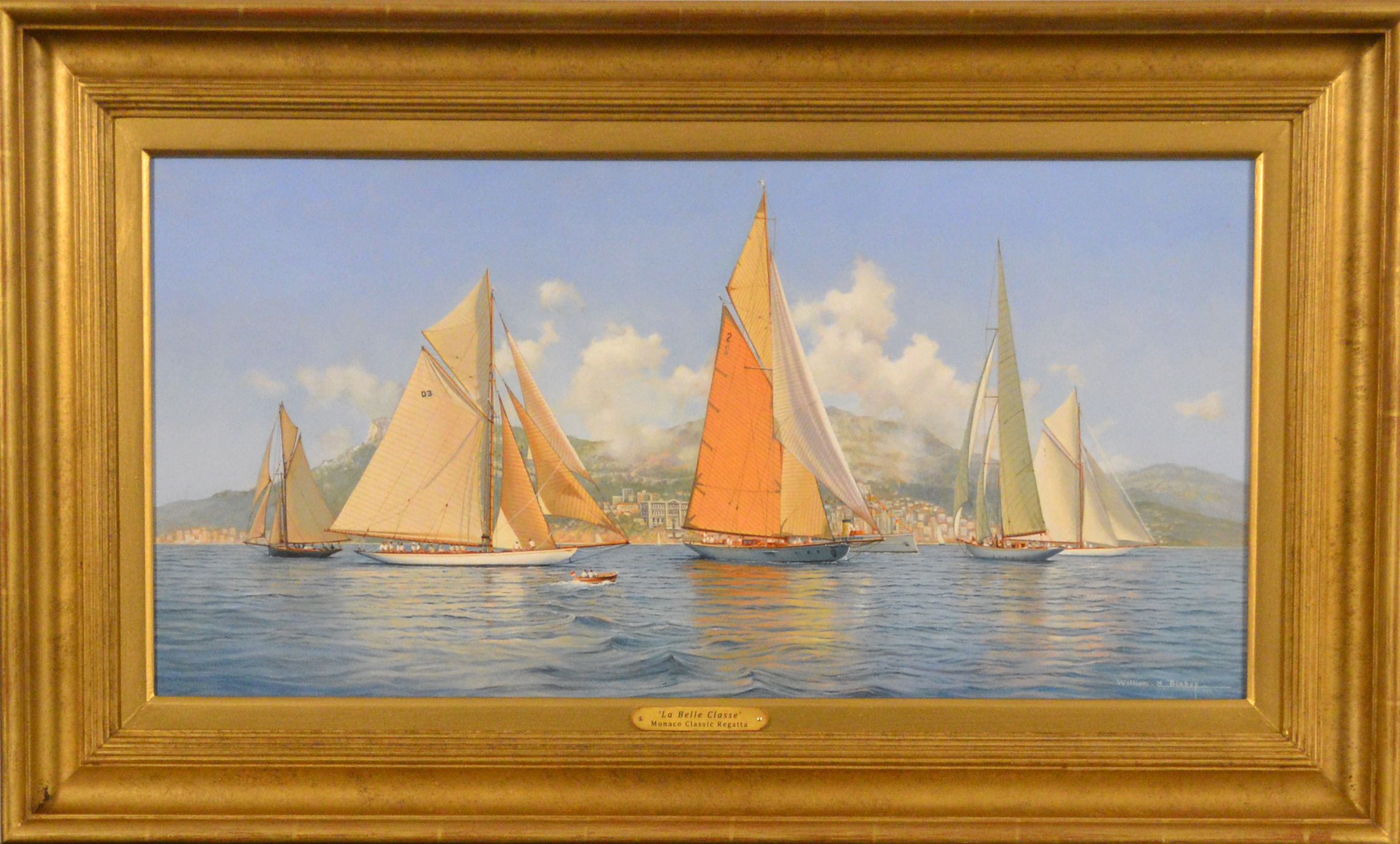 The Fleet -Marigold, Tuiga, Lulworth, Delphine, Cambria and Mariquita are depicted waiting for the breeze to fill in, with a backdrop of mountains and Monte Carlo.

Bill has been selling his work for many years with Quester Gallery in America, the maritime art dealers, as well as accepting commissions from around the world.

Works represented: Royal Naval Museum, Portsmouth; a depiction of ‘Windy Corner’ at the Battle of Jutland. The Mary Rose Trust; the Mary Rose, King Henry VIII’s warship, (both in her recovery cradle from life in watercolour and also the definitive version of how she originally looked in oils), HMS Warrior. The City of Bristol; John Cabot’s ship, Matthew of 1497.The Minnesota Marine Art Museum, America; A monumental battle scene to mark the bi-centenary of the Battle of Trafalgar, 2005.

Important Gallery note: Bill Bishop painted the first version of ‘Elegance La Belle’ in 2008, a grand scale canvas and one of his major works to-date, now held in a private collection in West London. The present small-scale version was completed in 2019 after Thomas Fine Art came across Bill’s preparatory oil sketch for ‘Elegance La Bell ’ on a fine mahogany panel at the back of his Hampshire studio, and finally persuaded him to complete what we fondly call ‘Little Monaco’…and it’s equally as Elegant as the first…perhaps with a little more mature brush strokes…Ha!! Kevin