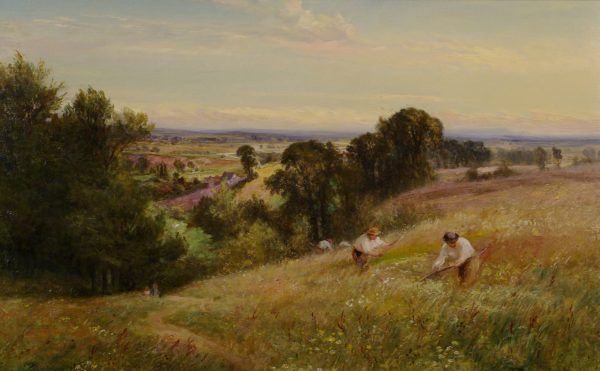 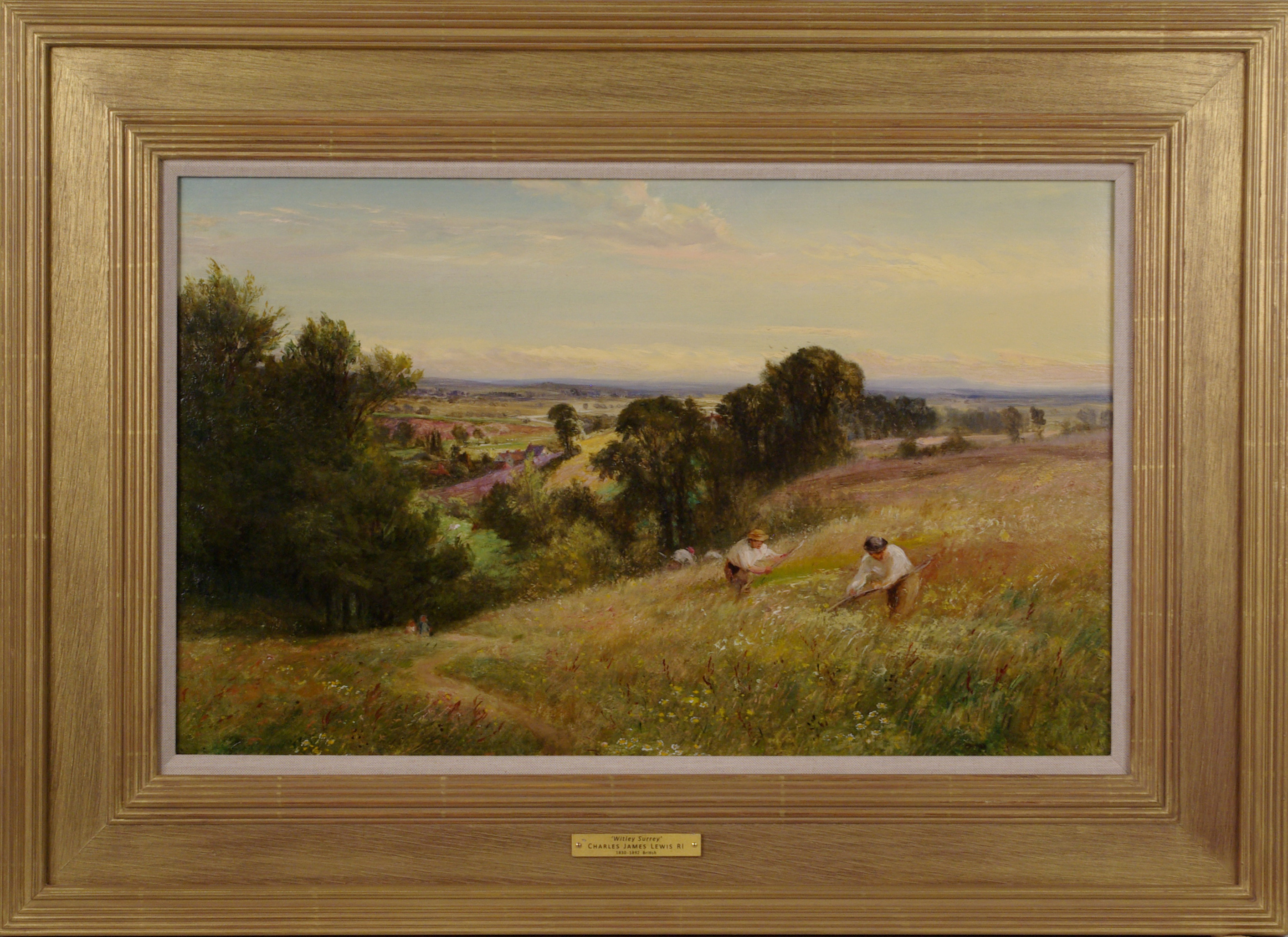 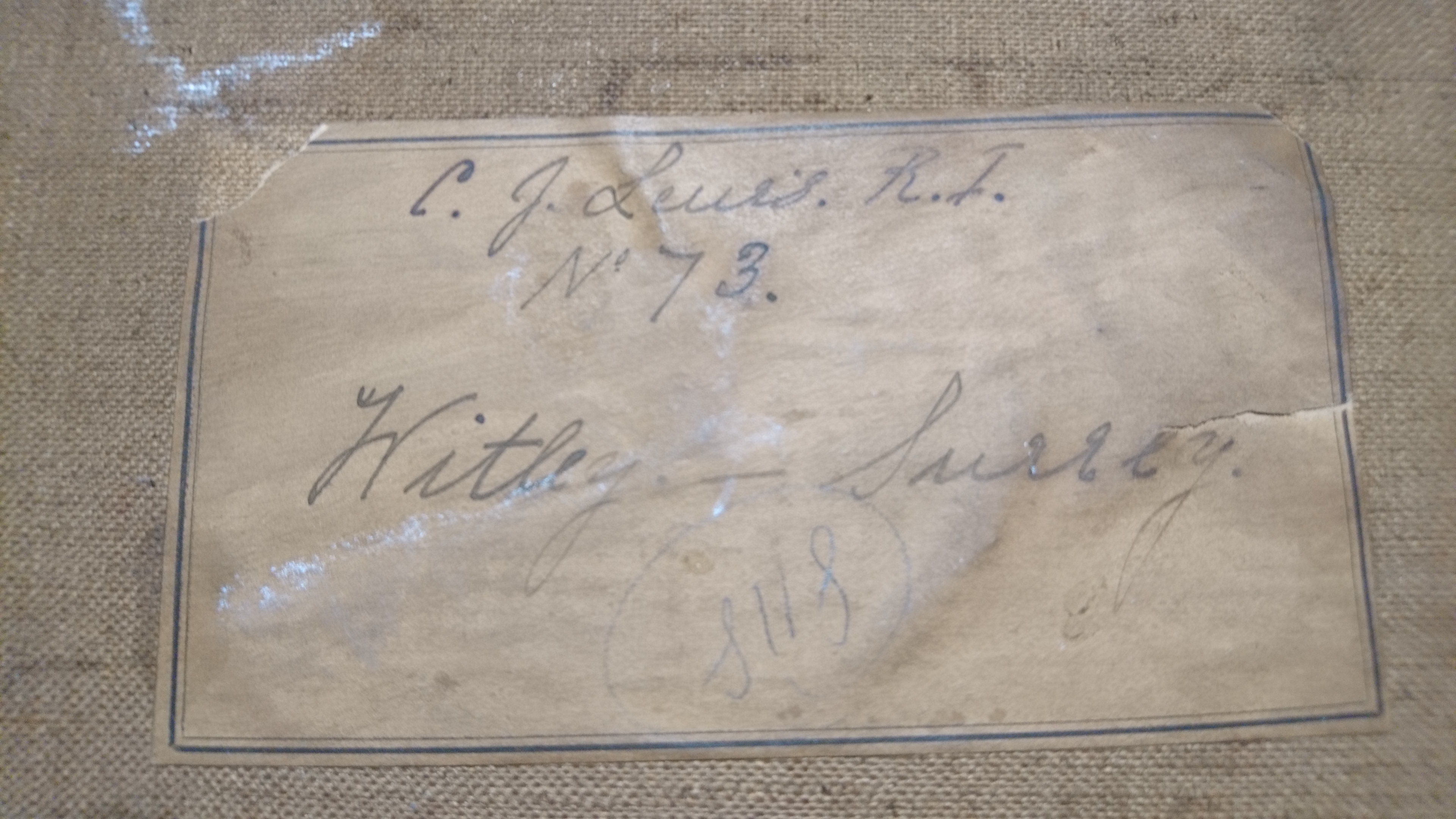 Charles James Lewis was a popular and prolific watercolour and oil painter of the second half of the nineteenth-century. Lewis is most renowned for picturesque landscapes and rustic genre scenes depicting children and animals in rural settings. Born in London in 1830, he lived in Chelsea throughout his life but spent a great deal of his time painting in the countryside west of London along the banks of the river Thames.

Pastoral river scenes and paintings of children enjoying the delights of nature became increasingly popular over the course of Lewis’ career as the industrialisation of the Victorian period gave rise to polluted, overcrowded cities and there was a growing nostalgia for the simplicity of life in the country and the imagined blissful state of childhood. Lewis perfectly captured this idyll in his work. His talent for observation enabled him to capture the quintessential English countryside, with carefully depicted trees and wild flowers providing a beautiful setting for vignettes of children playing outdoors.

Lewis began exhibiting at the Royal Academy in 1853 and went onto exhibit at the British Institute, the Society of British Artists, the New Watercolour Society, Grosvenor Gallery and the New Gallery with great success. In 1882 Lewis was elected as a member of the Royal Institute of Painters in Watercolours. His work can be found in many private and public collections, including the V&A in London and the National Gallery of Victoria in Australia.

From 1884 he lived in Cheyne Walk, Chelsea, where he died on 28 January 1892 after a long illness, survived by his wife and family. He was buried at Brookwood Cemetery, Woking.

Gallery note: This charming Surrey scene has been professionally restored with a new support canvas. Presented in a new bespoke frame.