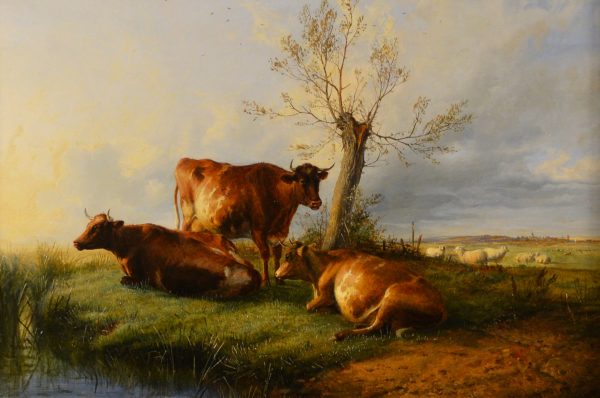 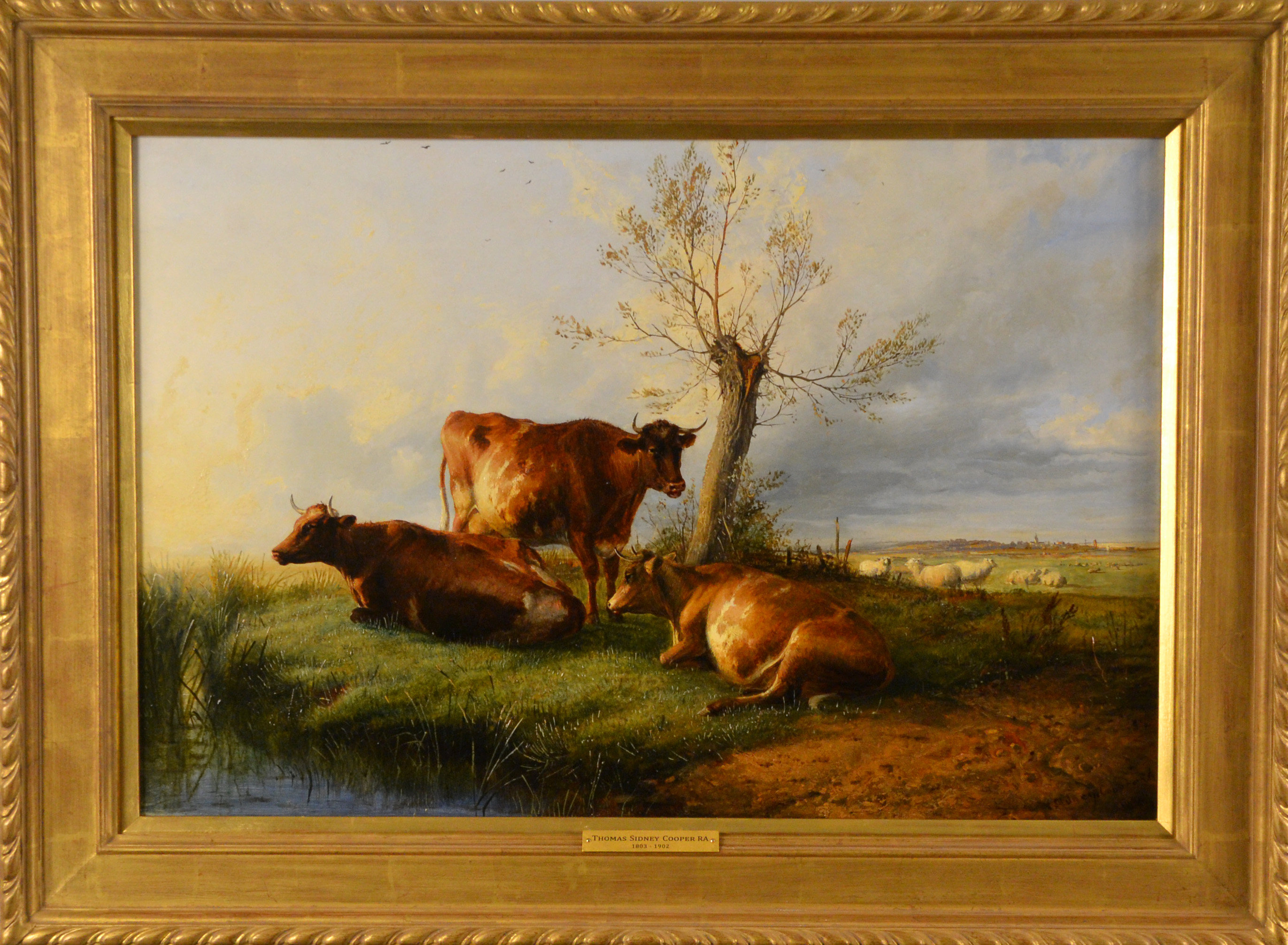 Thomas Sidney Cooper was born in Canterbury, 26 Sept 1803; died Vernon Holme, nr Canterbury, 7 Feb 1902. He was encouraged in his ambition to become an artist by Sir Thomas Lawrence and the animal painter Abraham Cooper (no relation). He entered the Royal Academy Schools, London, in 1823. He subsequently taught art in Brussels where he met Eugene Verboeckhoven, whose work had a profound influence on him. Through Verboeckhoven he came to appreciate the work of such 17th Century Dutch painters as Albert Cuyp and Paulus Potter. In 1831 he returned to London, exhibiting at the Royal Society of British Artists. He exhibited 48 pictures at the British Institution between 1833 and 1863. The majority of his work was, however, exhibited at the Royal Academy; from 1833 to 1902 he exhibited 266 works there without a break, and he remains the longest continuous exhibitor in the Academies history. He was elected ARA in 1845 and RA in 1867.