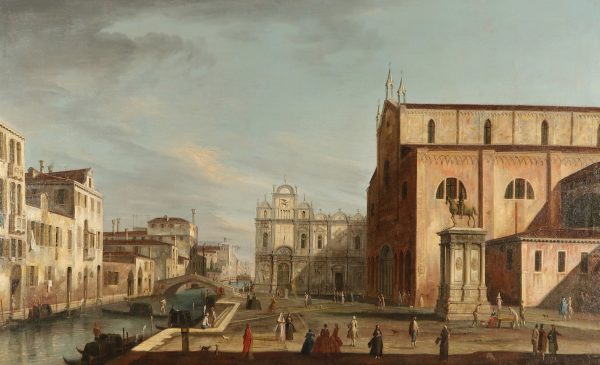 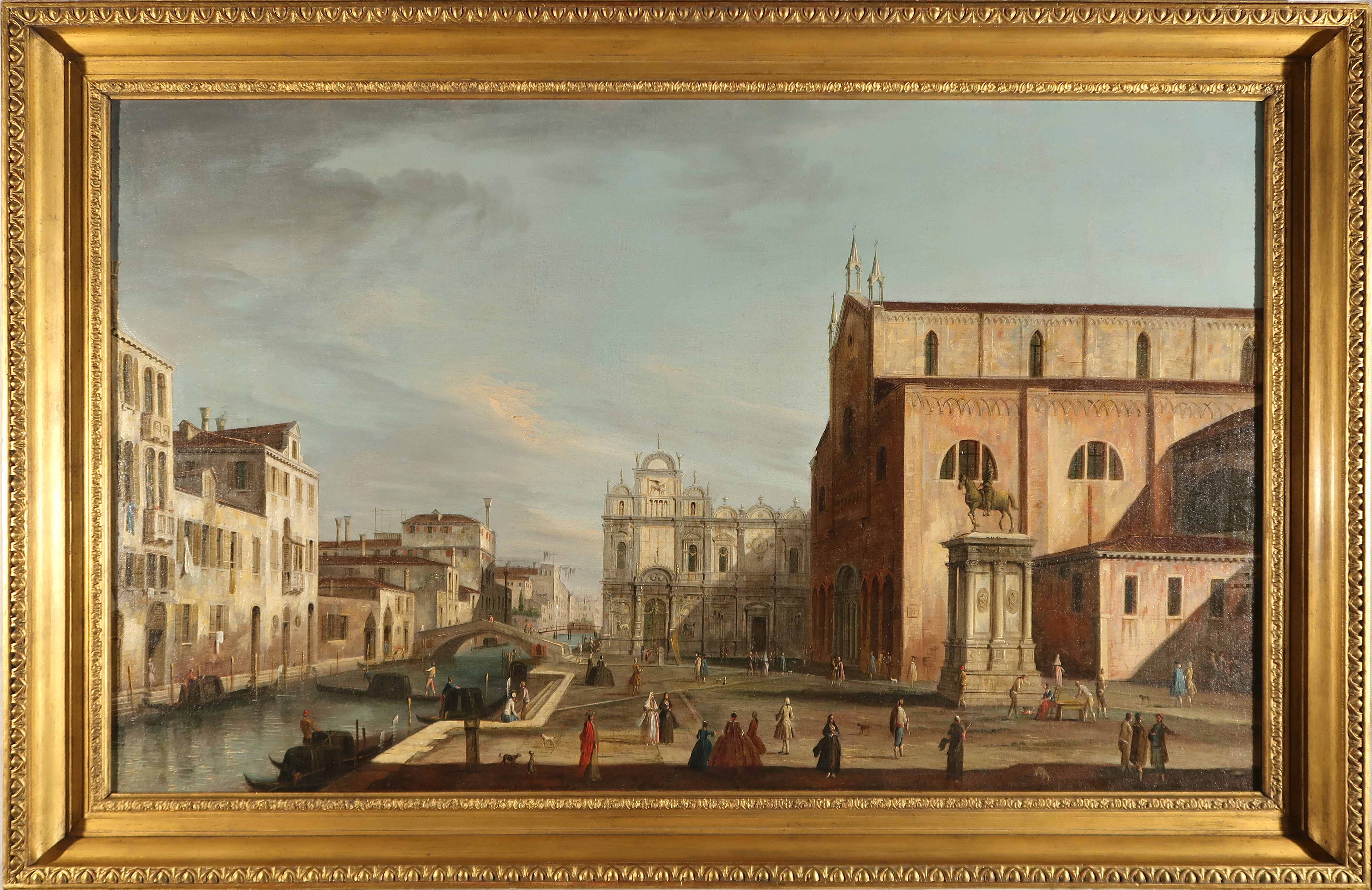 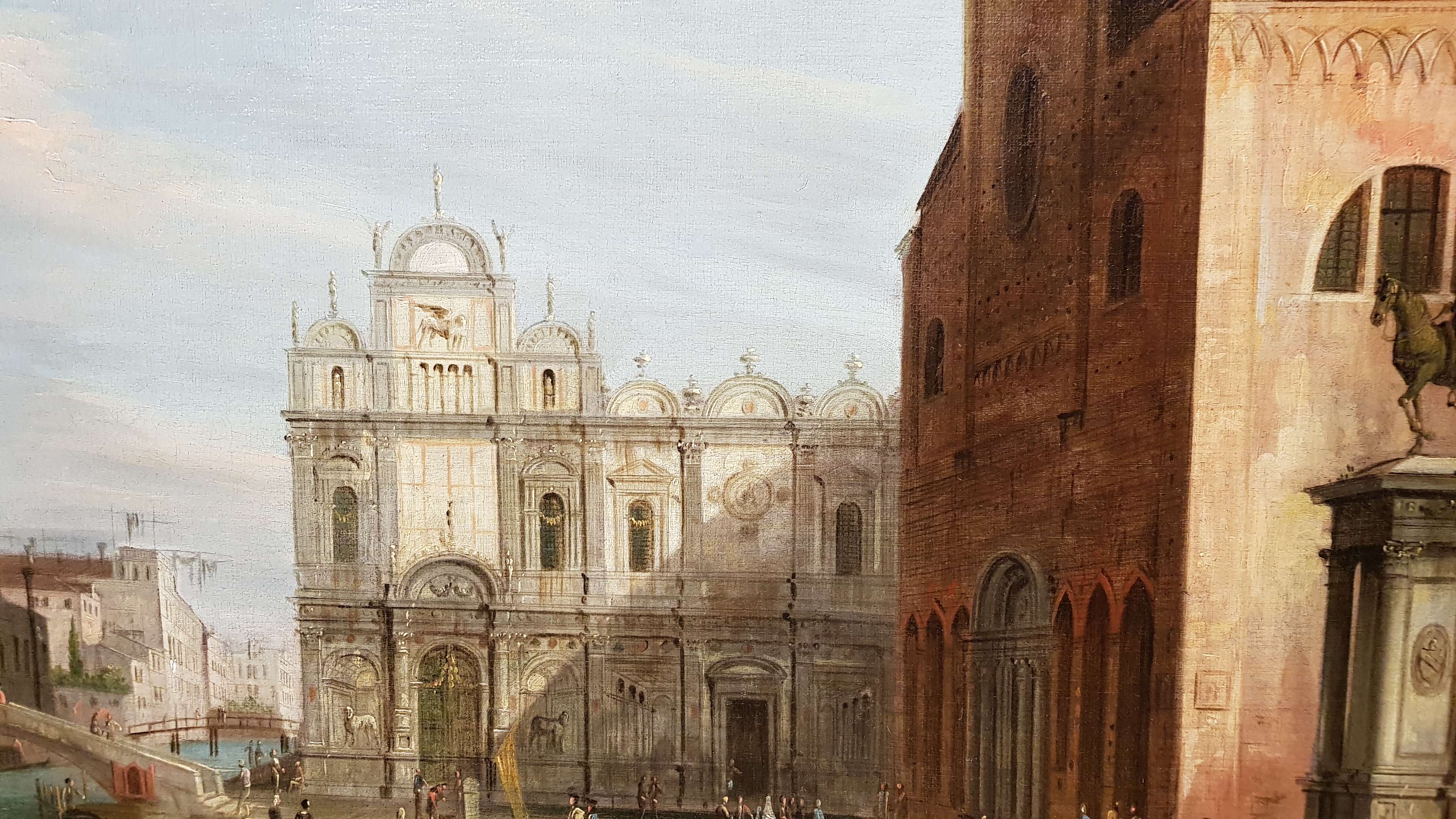 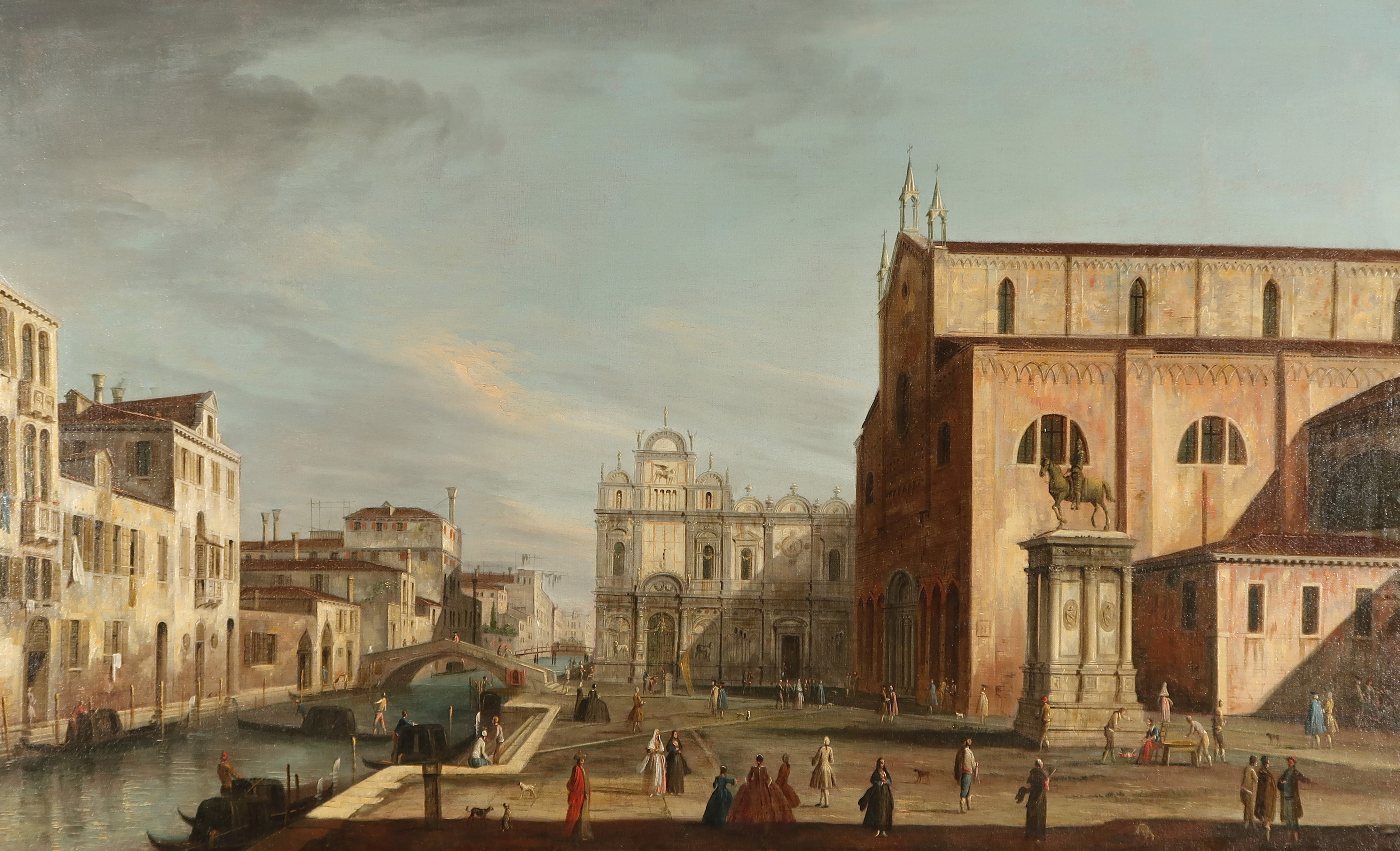 The Campo Santi Giovanni e Paolo, Venice -with the West End of the Church and Scuola di San Marco

Apollonio Domenichini painted many of the classic Venetian views that had been popularised by the previous generation of vedutisti, most notably Giovanni Antonio Canal (Venice 1697-1768), better known as Canaletto.

Apollonio Domenichini, alternatively referred to as the Maestro della Fondazione Langmatt, or Menichini or il Menichino (Venice, 1715 – c.1770) was an Italian painter of vedute, active in Venice, Italy, between 1740 and 1770.

He was a pupil of Luca Carlevarijs and Johan Richter. He is best known for his pictorial representations of views of Venice and its surroundings.

His name is recorded in the records of the fraglia or guild of Venetian painters in 1757, and it often appears as the painter of many works sent by the art dealer Giovanni Maria Sasso to the English minister John Strange in the second half of the eighteenth century.

Domenichini painted this view on several occasions, to help meet the demand caused by the phenomenon of the Grand Tour.