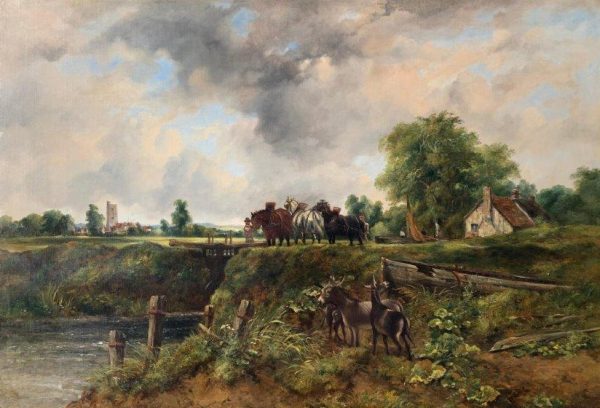 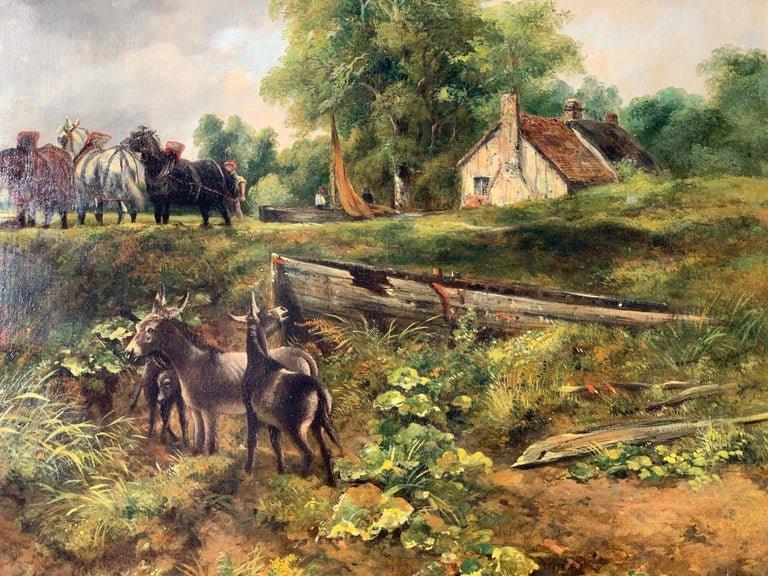 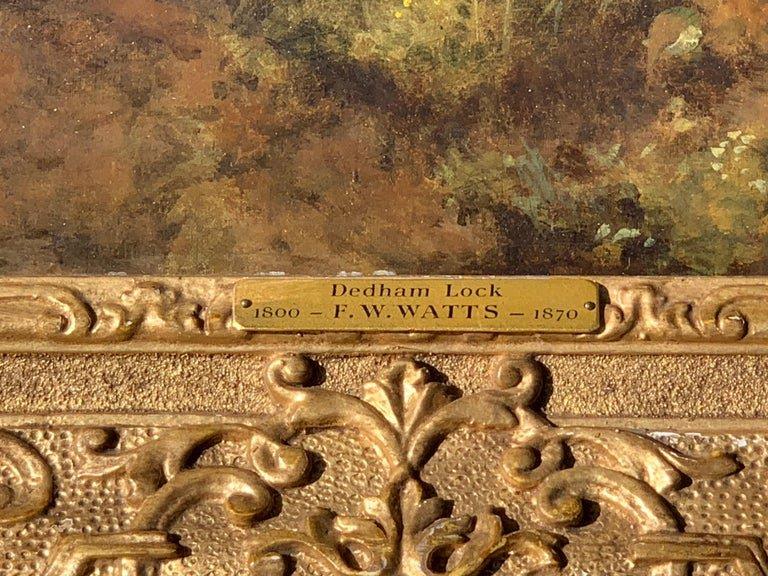 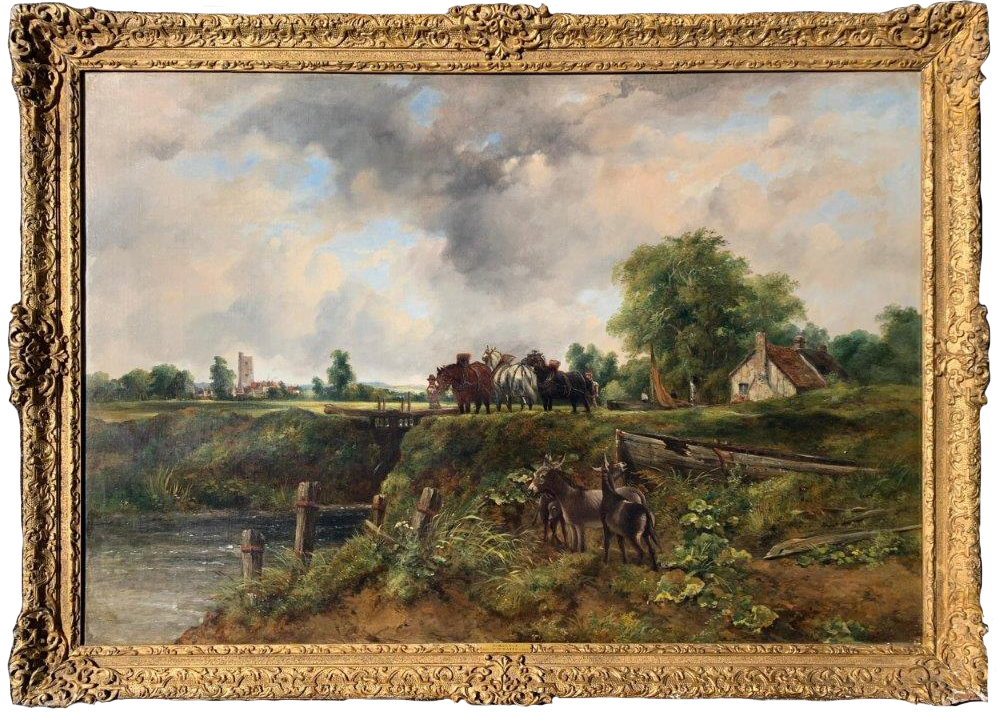 There is a sparsity of information about this painter which has cast uncertainty over his parentage, training, and date of death. According to the Oxford Dictionary of National Biography, he was born F. William Watts, in Bath, Somerset on 7 October 1800, and probably baptised, as F. Waters Watts, in St. Albans in Hertfordshire in 1801, the son of William and Mary Watts.

In 1817, as “William Watts”, he is thought to have entered the Royal Academy in London, and won silver medals there between 1819-21. He exhibited at the academy from 1821–60, and at the British Institution from 1823-62. He also showed many paintings at the Suffolk Street Gallery in New Bond Street and at the New Watercolour Society.

Watts lived in Hampstead, London, for much of his life and painted landscapes, “en plein air” all over Britain, having a preference for river scenes. He was strongly influenced by John Constable.

Gallery note: Watts lived in Hampstead at the same time as John Constable, who greatly influenced his work. Although he imitated closely many of the elements of Constable’s style, Watts preserved his own distinctive style and colouring. Dedham Lock featured several times in Constable’s so-called six-footers, (the large-scale paintings he made of scenes on the River Stour) The painting has been relined sometime in the 19 th century.