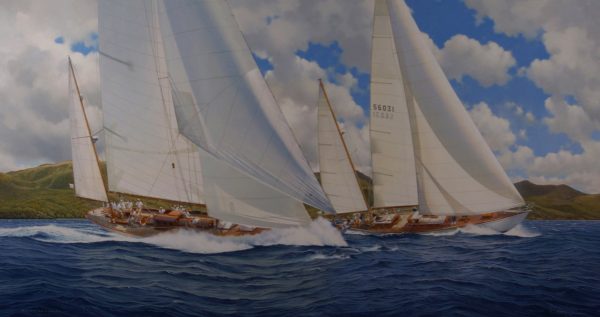 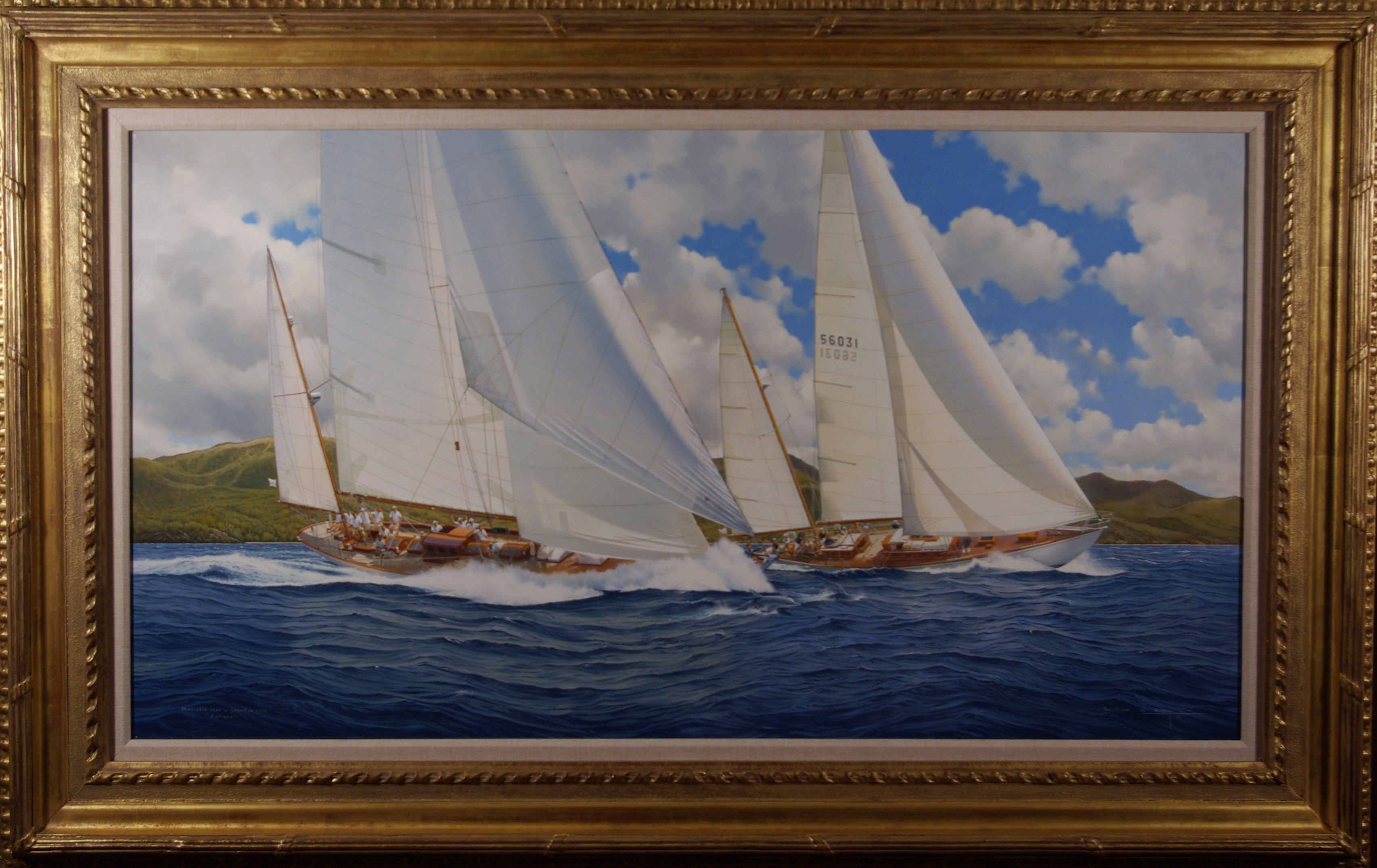 Depicting the yachts Lane Fox of 1957 at 88ft. and the Mylne designed Mariella at 80ft. They are shown racing away from the start.

Works represented: Royal Naval Museum, Portsmouth; a depiction of ‘Windy Corner’ at the Battle of Jutland. The Mary Rose Trust; the Mary Rose, King Henry VIII’s warship, both in her recovery cradle from life in watercolour and also the definitive version of how she originally looked in oils. Warrior Museum; HMS Warrior. The City of Bristol; John Cabot’s ship, Matthew of 1497.The Minnesota Marine Art Museum, America; A monumental battle scene to mark the bi-centenary of the Battle of Trafalgar, 2005.