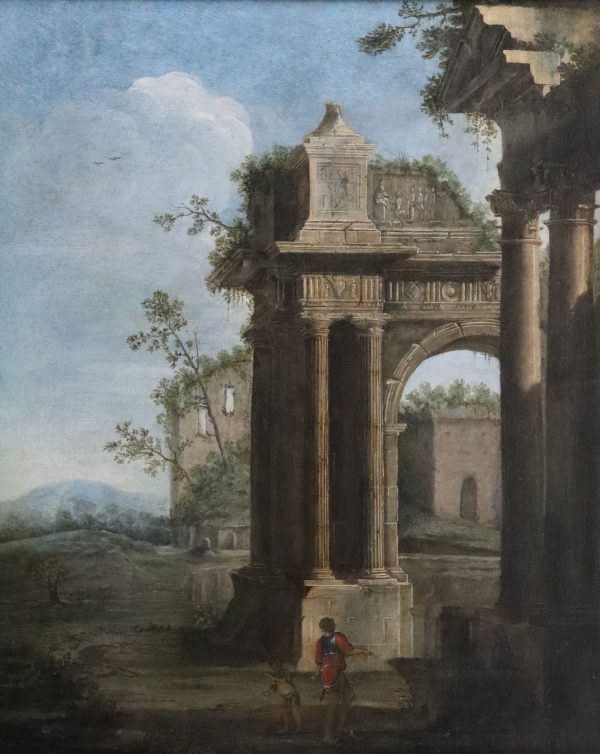 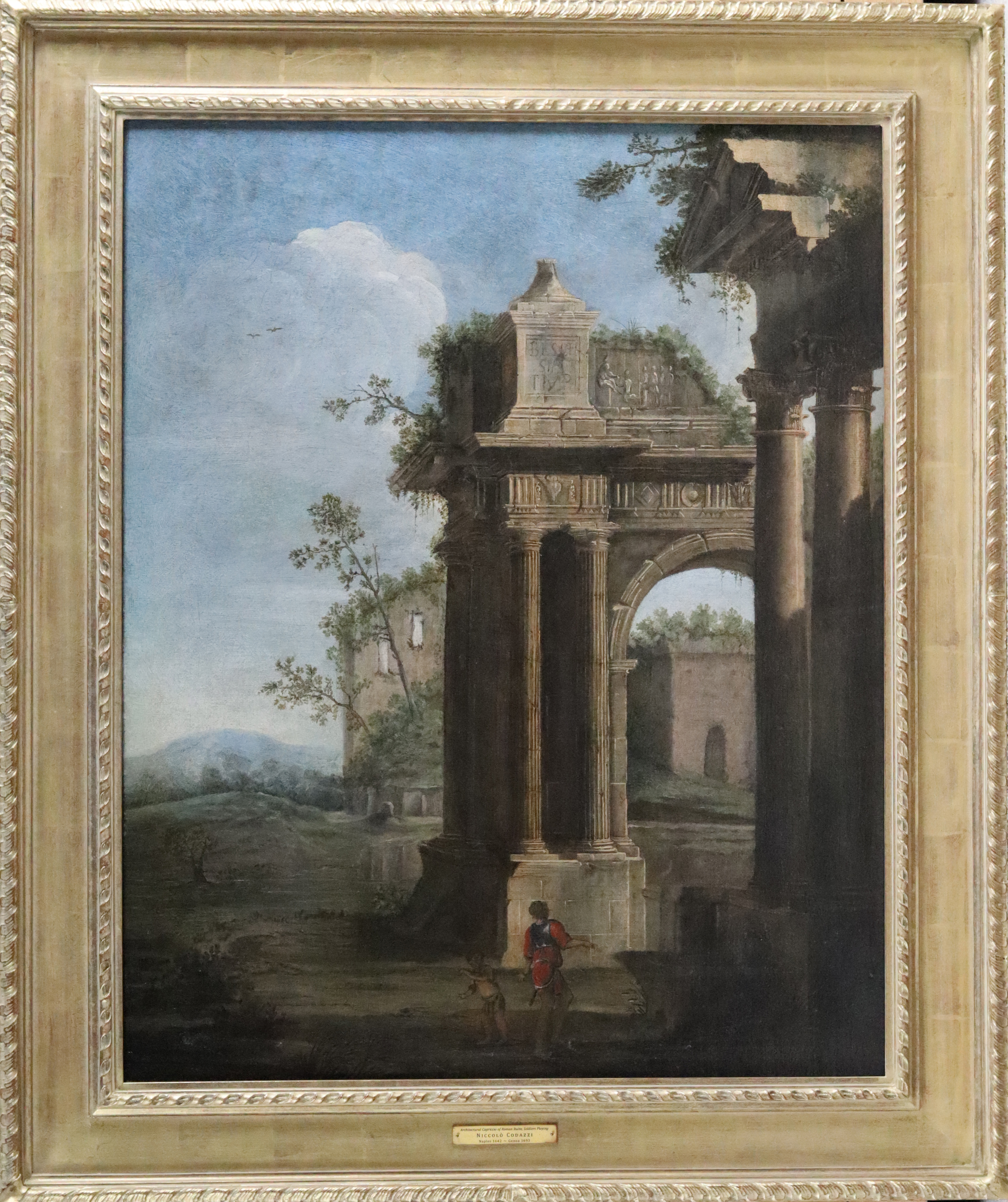 An Architectural Capriccio of Roman Ruins

Niccolò Codazzi (Naples 1642 – Genoa 1693) was an Italian painter of architectural paintings, capricci and vedute. He also created decorative elements in fresco’s as a painter of ‘quadratura’. A son of the prominent architectural painter Viviano Codazzi, he trained with his father and was active in Rome, Paris and Genoa.

Niccolò studied along with Vicente Giner under his father Viviano. He later worked in his father’s workshop. The works of father and son during his early period are difficult to distinguish. He was in Rome from 1675 and lived near the church of San Macuto. He was one of the artists who worked on the decoration of the piano nobile (grand salon) of the Palazzo Altieri.

Niccolò moved to France, a move which was probably related to the fierce competition amongst painters in Rome. He was first in Aix-en-Provence where he collaborated with Nicolas Pinson. He later moved to Paris where he lived around 1681 and 1682.[5] He clearly gained some notoriety in Paris since in 1681 he applied to enter the Académie royale de peinture et de sculpture. He was accepted thanks to Charles Lebrun’s  support of his candidacy.

Just like his father he predominantly painted architectural scenes, capricci and ruins. He is also likely to have only painted the architecture, leaving the figures to be added by different artists. The majority of his works are medium-sized architecture paintings depicting ideal architectural structures, or capricci, in a landscape. The subject matter and style of his painting show the growing popularity of Classical Rome with collectors in the 17th century.

Gallery Note: This fine Old Master painting, re-lined sometime in the 19th century, has been professionally cleaned and restored to museum standards by Thomas Fine Art. Presented in a new bespoke gilt frame.