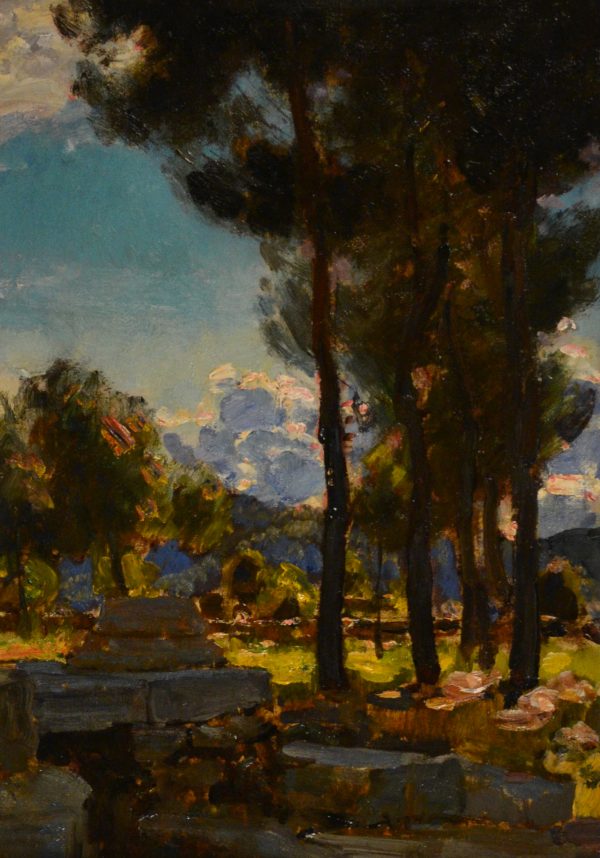 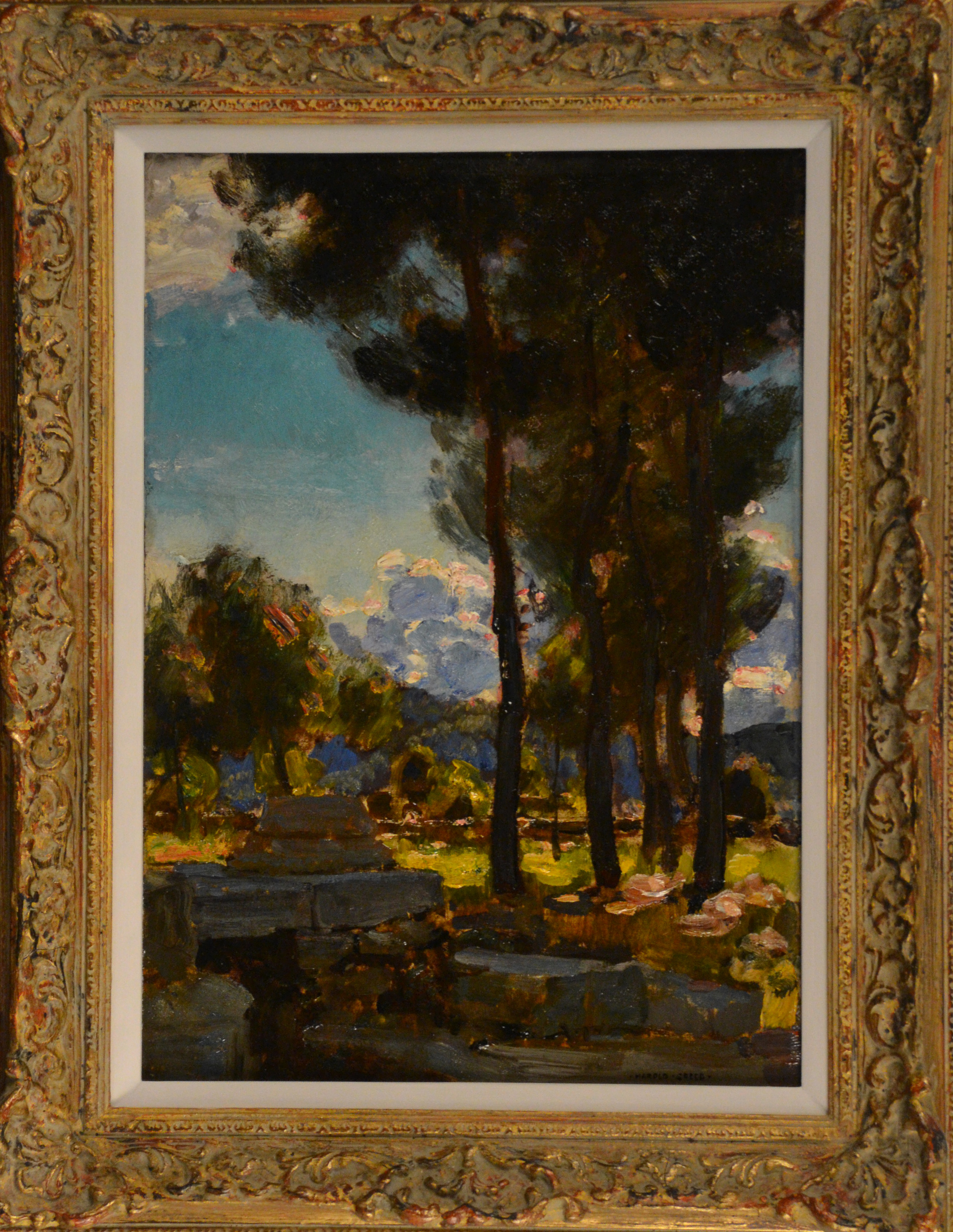 ‘Amongst the Ruins at Olympia’

Harold Speed was a portrait and landscape painter active throughout the first half of the twentieth century. As well as landscape and mythological subjects, he painted numerous portraits of eminent men and women. His early travels in Italy and Europe gave his work a classical European expression and the current landscape shows this influence.

Speed was born on 11 February 1872 in London, the son of architect Edward Speed. In 1897 he too started to train as an architect at the Royal College of Art, but chose in 1891 to study painting at the Royal Academy Schools which he did until 1896.

Speed won a gold medal at the RAS in 1893 and a travelling scholarship to Belgium, France, Italy and Spain in 1894. He began his fifty-year history of exhibiting at the Royal Academy in 1893, and was elected a member of the Royal Society of Portrait Painters in 1895. By 1906 he was an associate of the Société Nationale des Beaux-Arts, Paris and his first one-man exhibition was at the Leicester Galleries in 1907. Nine years later in 1916 he became Master of the Art Worker’s Guild. During the period 1895-6 he painted the fresco ‘Autumn’ in the lunette of the restaurant in the Royal Academy, whose companion piece ‘Spring Driving Away Winter’ was painted by Fred Appleyard in 1902.

Provenance: With the Fine Art Society, May 1914