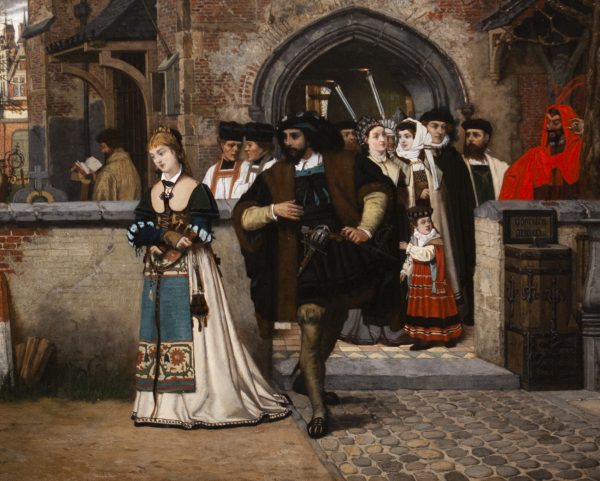 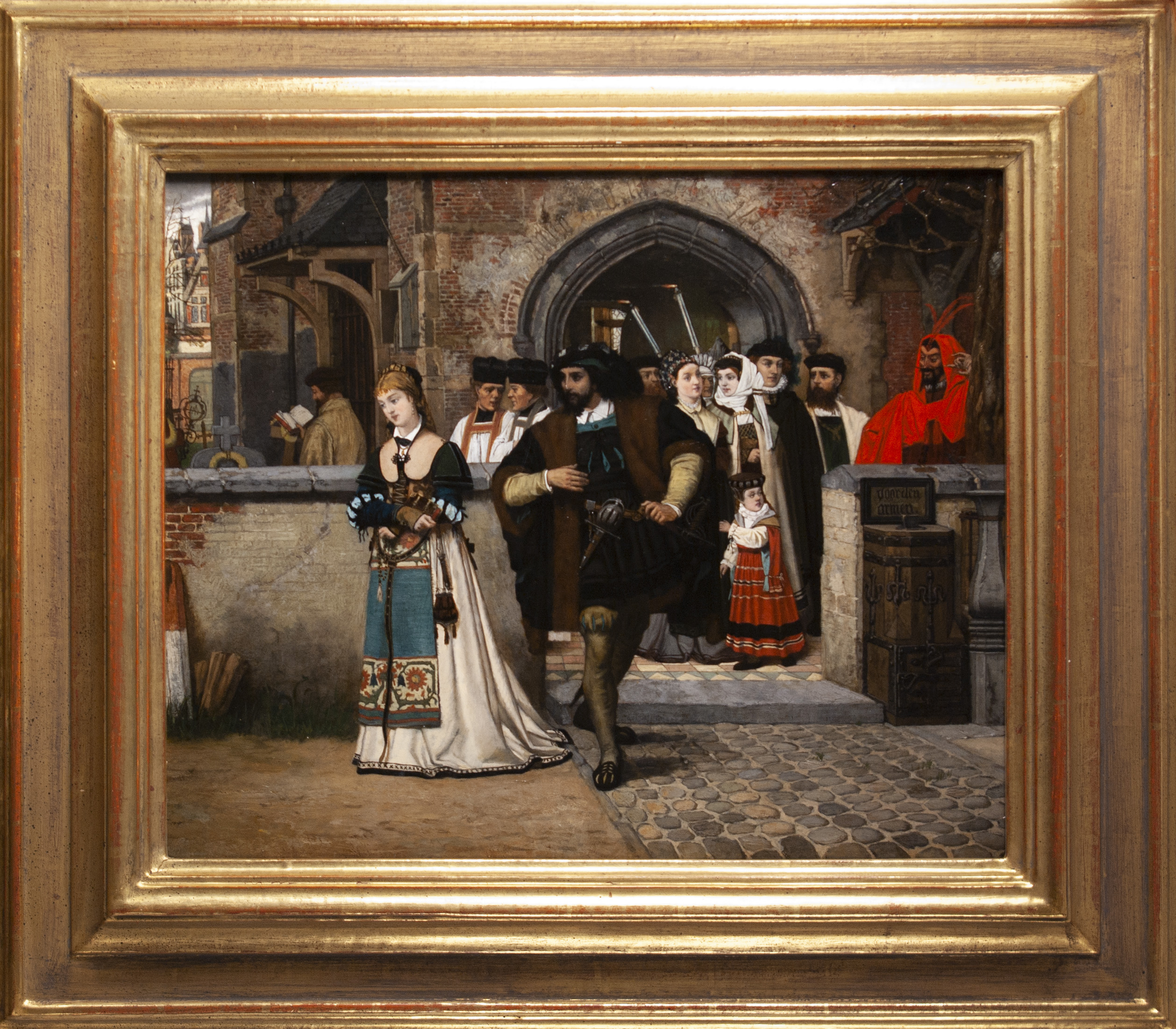 Jacques Joseph Tissot (1836-1902) Anglicized as James Tissot, was a French painter and illustrator. He was a successful painter of Paris society before moving to London in 1871. He became famous as a genre painter of fashionably dressed women shown in various scenes of everyday life. He also painted scenes and characters from the Bible.

Introduction to Faust in Art

Tissot was strongly influenced by the work of the Belgian painter and engraver Jan August Hendrik Leys, Baron Leys (1815-1869) who painted at least one scene derived from Goethe’s Faust, a Tragedy by Johann Wolfgang von Goethe, pub., 1808, and considered by many as the greatest work of German literature- Faust and Marguerite, Philadelphia Museum of Art.

Critics had been delighted with the high quality of Tissot’s reconstructions of centuries past through costume and architecture, the realistic poses and facial expressions, the rigorous drawing and the brightness of the colours.

It is exactly these attributes that are found in Tissot’s The Meeting of Faust and Marguerite, which was purchased by the state in 1860 for the Luxemburg Gallery, and now in the Musée d’Orsay. Tissot painted several works based on Faust and Marguerite.

By taking their inspiration from works of literature, these artists revived the subjects of history painting, and produced an eclectic pastiche of 15th and 16th century paintings: the smooth finish, the highly detailed drawing recalls the style of the German and Flemish primitives, as do the details in the decoration and the architecture.

The author of this high-quality painting was clearly very well associated with Tissot’s major works of Faust and Marguerite, and has historically been considered to be from within his circle of artists in his lifetime.

This work is freely executed and is not a copy of a known work by Tissot.

The indistinct inscription and signature on the artists cartouche on panel verso, is in French with the date 1879.

Other early works by Tissot inspired by Goethe’s Faust: