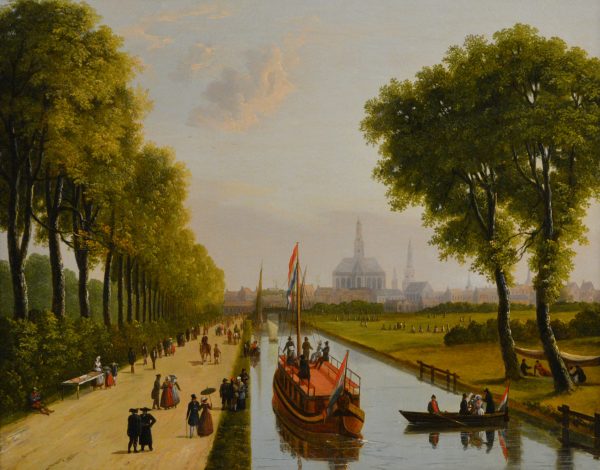 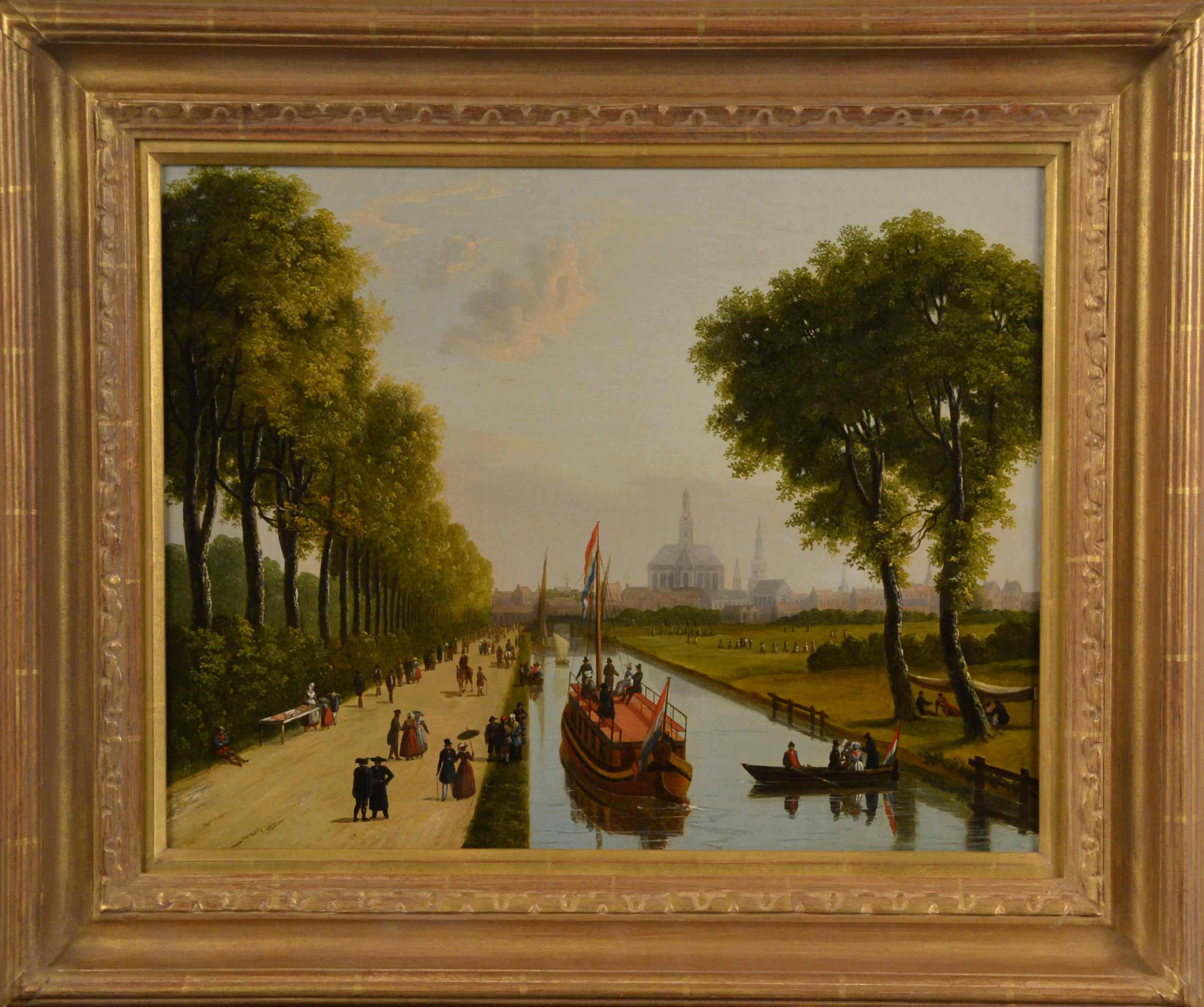 Johannes van Lexmond a painter of landscapes with figures, was a student of the brothers Abraham andJacob van Stry. Watercolourist, painter, draughtsman and lithographer.

In the present work a canal barge flying the Dutch flag, cruises along a waterway, to the left of which groups of figures are strolling along the towpath leading towards a city, possibly Dordrecht with the Stadhuis prominent in the distance; to the right, two trees on the riverbank and open fields.

A version of this painting attributed to Van Lexmond is in the Royal Collection, and was transferred from St James Palace to Buckingham Palace, 21st April 1981. The Royal Collection Trust (RTC) gives reference to the present picture ‘A version of this (The Queens) painting by Van Lexmond was offered for sale at Christies, London on 9th December 1994’.

The differences between the two works, noticeably the different barges, ferry boat, wind direction and groupings of figures.

The image of the Royal version© can be viewed on the RCT website:

Johannes van Lexmond is a very rare artist, his first artwork to be offered at auction was a drawing-watercolour; A man fishing on a small pond, at Christie’s, London in 1987.

The present work by Johannes van Lexmond was sold Christies, London in 1994 for £4,830 (source Artnet/Benizit).